Woof’s in a name: Doggy-inspired places to live in the UK | TeamDogs
Pics of dogsWalks with dogsStays with dogsDog news
More
Sian Williams

If you’re canine crazy, you might be tempted to check out property for sale in some of the doggy-inspired towns and villages around the UK. But before you pack the dog bowl and load the car, are these places more ugh than pug? TeamDogs takes a look. 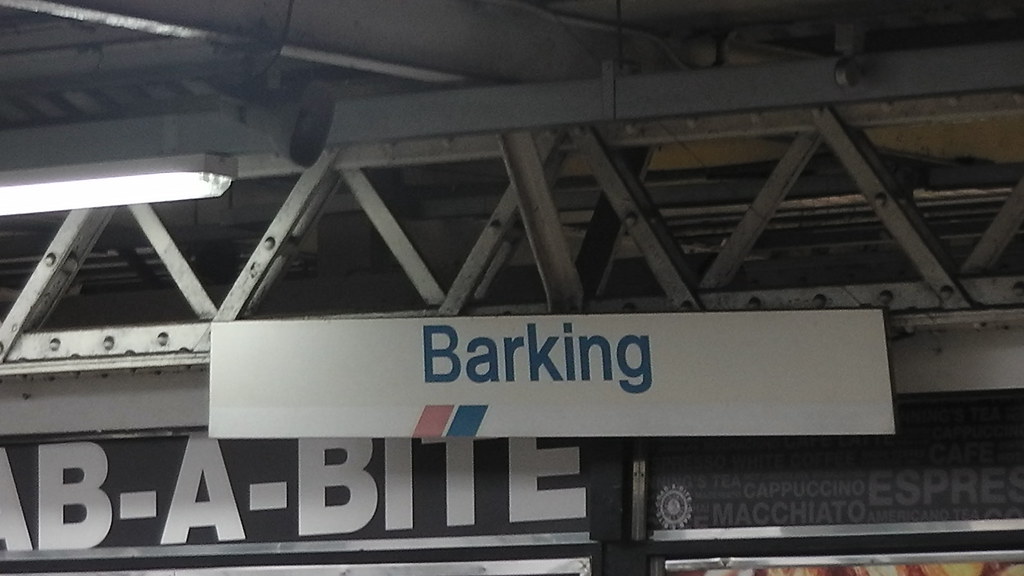 There are two places in the UK named Barking. The most well-known is in London, and was originally called Berecingas, ‘the settlement by the birch trees’, which over the centuries became corrupted to Barking. Once the site of a Saxon monastery, it has held a market since the 1170s and was for 500 years the home of a fishing fleet that sailed as far as Iceland to bring back cod for sale at Billingsgate Market. If your dog likes to sing along to the radio, put on some tunes - singer Billy Bragg was born here, and rapper Ramz made a hit song about the place in 2018.

Barking in Suffolk is much smaller and more peaceful, with lots of woodland walks on its doorstep and a population of badgers, so keep your doggo on his lead.

This village in Calderdale, West Yorkshire, has been inhabited since the Stone Age. It’s thought that the name comes from the Anglo-Saxon, meaning ‘birch land’ or perhaps ‘land of wolves’. During the Industrial Revolution the village was home to two textile mills - and if you’re planning your nuptials and want your DD to be the guest of honour, Bower Mill at Barkisland is now a wedding venue and entertainment space.

Enjoy the rural idyll of Black Dog, a hamlet in Devon about 15 miles from Exeter. The village seems to have been named after the pub, which itself was named for the landlord’s dog. There are plenty of walks in the area - visit the nearby Iron Age fort at Berry Castle - then return for a drink and a meal at the Black Dog Inn, which has been serving travellers since 1765. Oh, and of course it’s dog-friendly with a name like that! 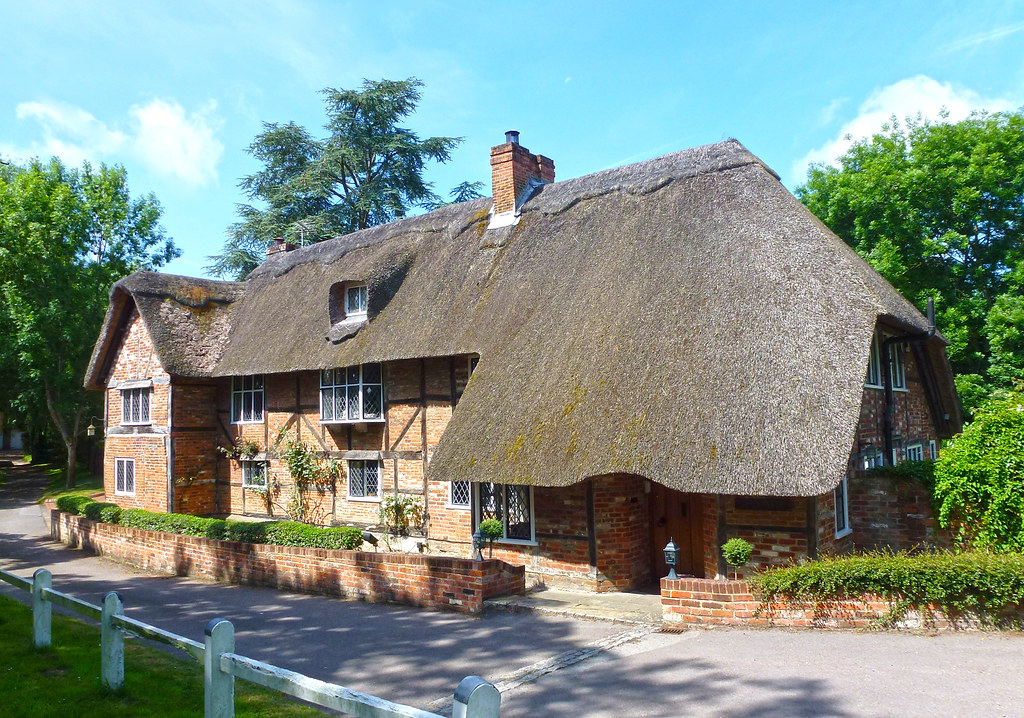 Now part of Broadclyst, Dog Village is six miles from Exeter. Surrounded by fields, it’s within easy reach of Exmoor for walkies, and the National Trust’s Killerton House, an 18th century mansion with a large parkland that offers outdoor theatre in the summer months. As you might expect, Dog Village does have its own resident dog groomer...

If your pup fancies himself as the king of the house, take him to Dogmersfield. This village in Hampshire enjoys a royal connection - Henry VIII’s ill-fated older brother, Arthur, spent time here with his bride, Catherine of Aragon, who was later to become Henry’s first wife. Dogmersfield House, an elegant 18th century mansion, is now the Four Seasons Hotel Hampshire and offers tennis courts, indoor swimming pool, a spa, and a private cinema room - and it welcomes dogs, giving them their own special bed and a personalised welcome.

Part of Peterborough, Dogsthorpe in Cambridgeshire is within an hour’s drive of the picturesque Norfolk town of King’s Lynn and less than 90 minutes to the gorgeous sandy beaches around Hunstanton, where your dog will love to run and chase the waves. Close to home, visit Peterborough Cathedral, the Bronze Age archaeological site at Flag Fen, or the Nene Valley heritage railway. 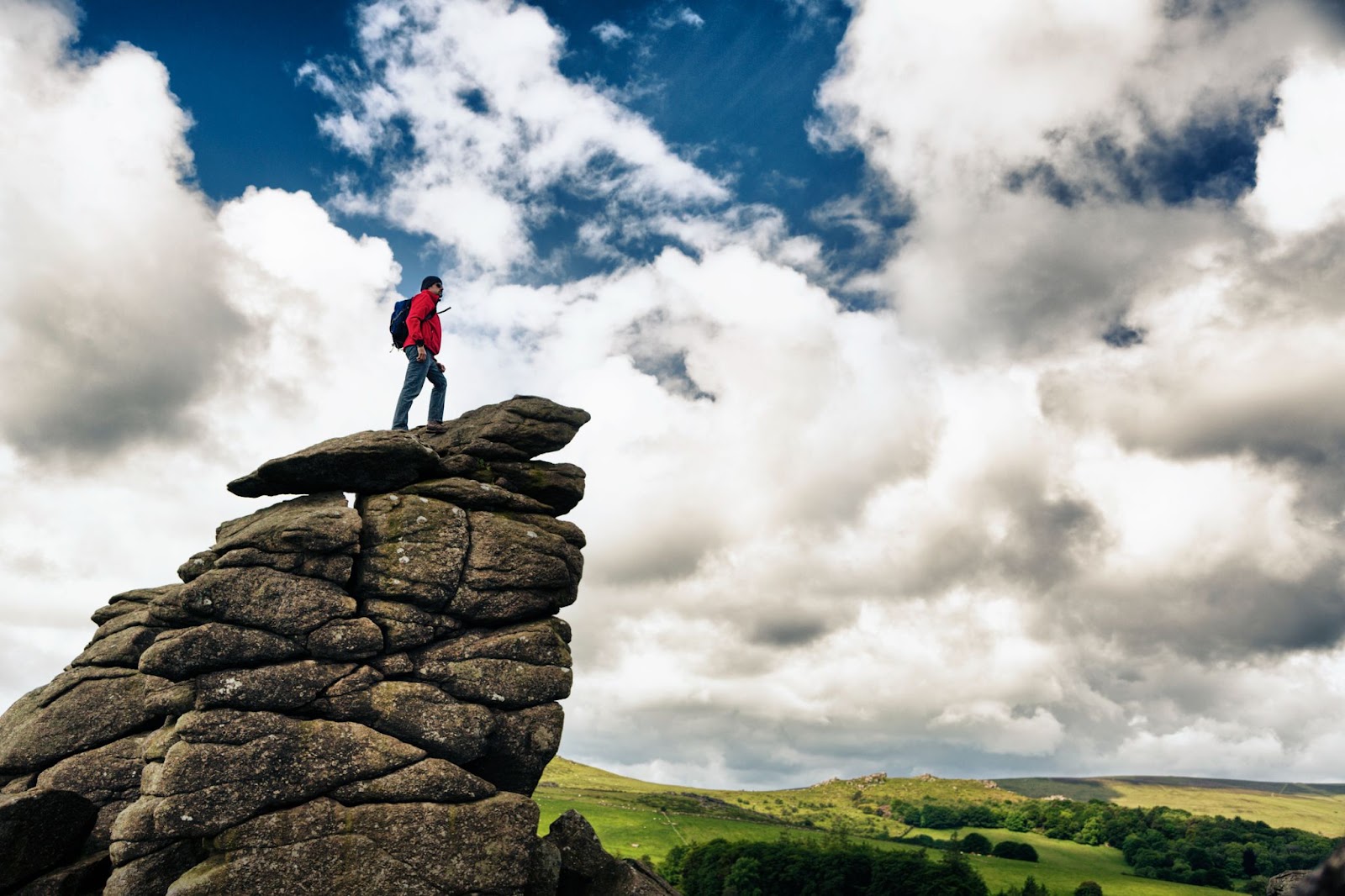 The village of Hound in Hampshire isn’t very large, but its parish incorporates the ruins of Netley Abbey. Take your DD for a stroll around this Cistercian abbey, built in the French Gothic style in the 12th century. Said to be the inspiration for Jane Austen’s book Northanger Abbey, Netley will inspire your pup with its cloister and vaulted undercroft.

The original spelling of this London location is Hundeslow, an Anglo-Saxon word meaning ‘the hound’s barrow’. This ancient burial site may have been for a local lord nicknamed Hound. If you and your canine companion go for a stroll on Hounslow Heath, you’re walking in the footsteps of Roman legionaries, Norman knights, Cromwell’s Roundheads, and Regency highwaymen.

So you can’t live here, but with a name like that TeamDogs reckons you should at least go visit! According to antiquarians, Hound Tor on Dartmoor got its name from the shape of the weathered granite boulders that resembled dogs’ heads peering over the rocky battlements. Sir Arthur Conan Doyle found inspiration in the wild landscape for The Hound Of The Baskervilles - and if you want eerie, a short distance away is an abandoned medieval village, Hundatora. Wander with your pup around deserted houses and barns and imagine what life was like for the people who lived here in the 13th century. 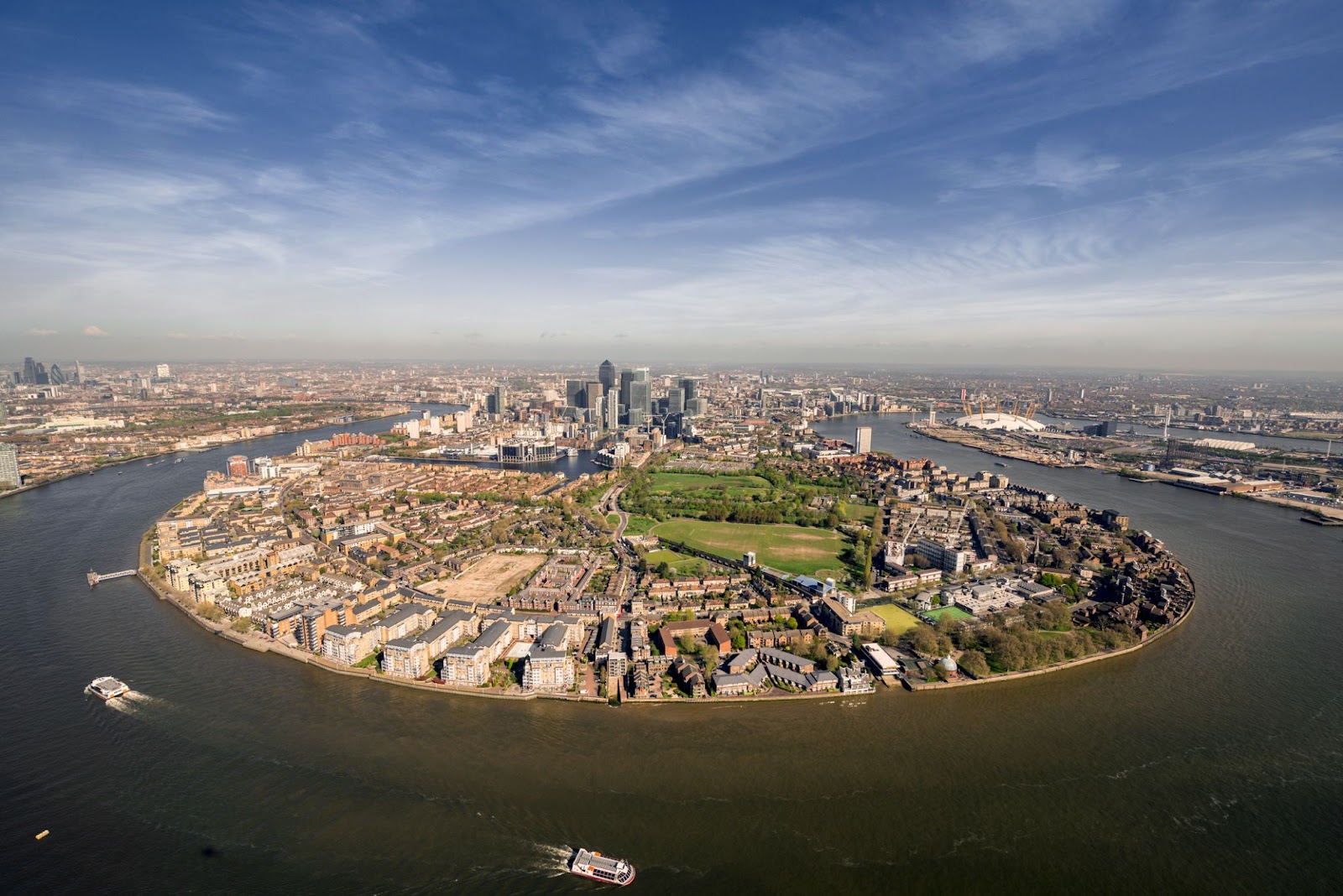 The first recorded mention of this London doggo peninsula came in 1520 in the papers of King Henry VIII. Back then it was used as docks for merchant ships, but the marshy land was also thought to be home to the royal hunting hounds. In the 19th century the area was developed by the West and East India Company for their ships, and now it’s home to Canary Wharf. Isle of Dogs has been used as a filming location for several blockbusters, from The World Is Not Enough to Harry Potter And The Order Of The Phoenix. 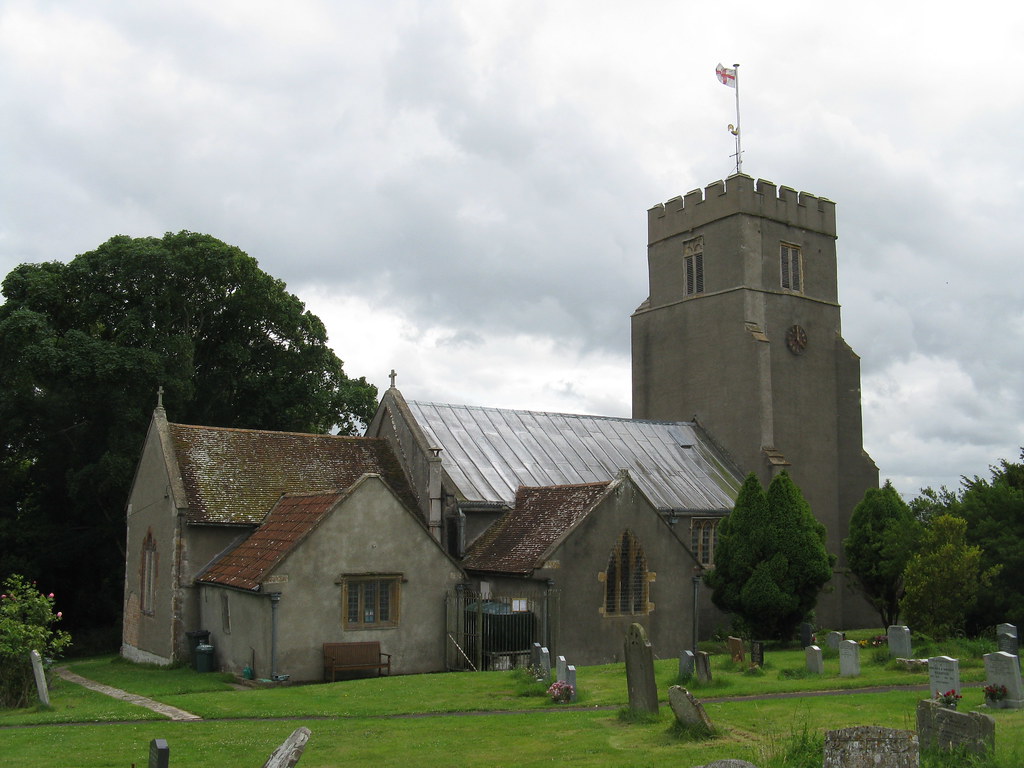 This village in Somerset dates from Roman times, appeared in the Domesday Book, and during the Second World War was used as an RAF base to test barrage balloons. The local church of St John the Baptist has an elaborate doorway carved with strange biting figures - perhaps angry dogs? Steart Marshes are a half-hour drive away for when you and your pup need some exercise, and the rolling Mendip Hills aren’t much further afield.

A hamlet in Northumberland right on the border with Scotland, Pawston offers lots of bracing walks for you and your DD. Visit the Iron Age fort on Pawston Hill, go fishing in Pawston Lake, and take a look at what remains of Thornington, a 13th century deserted medieval village. 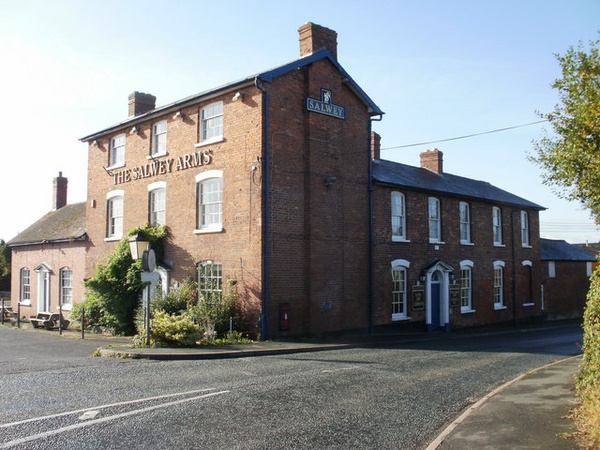 The Salwey Arms at Woofferton is dog-friendly (credit: Jaggery)

The small village of Woofferton in Shropshire lies on the Ludlow-Leominster crossroads. With plenty of walking and cycling routes in the Welsh Marches and Shropshire Hills, you and your dog will always be on the go. Ludlow is less than five miles away, with its medieval castle and black-and-white Tudor shops as well as its markets, held four days a week throughout the year, and the annual Ludlow Food and Drink Festival. In Woofferton itself, the 17th century pub The Salwey Arms offers accommodation and fine dining featuring seasonal local produce. Dogs are welcome in the bar and the garden.

Dogs Being Arrested is criminally good

Can dogs get brain freeze?

Team GB and their dogs