Why does my dog sing along when I play the violin? | TeamDogs Lotus with the violin

I was worried how the neighbours might feel when I took up the violin but I didn’t expect to be heckled by my dog.

It started on the E note, three lessons in. There are four strings on a violin, ranging from fat to thin – G(ood) (D)onkeys (A)lways (E)at. I’d only played G, D and A before but now it was time for the high notes.

But as I happily squawked and screeched the bow across the strings, I heard a different sound – as though a second person who can’t play the violin yet was attempting to join in.

I looked across at the source of the noise and found it wasn’t a rival learner violinist, an echo or a weird acoustic in the room, but my Chihuahua, Lotus – sitting bolt upright, nose tipped to the moon, singing his heart out. 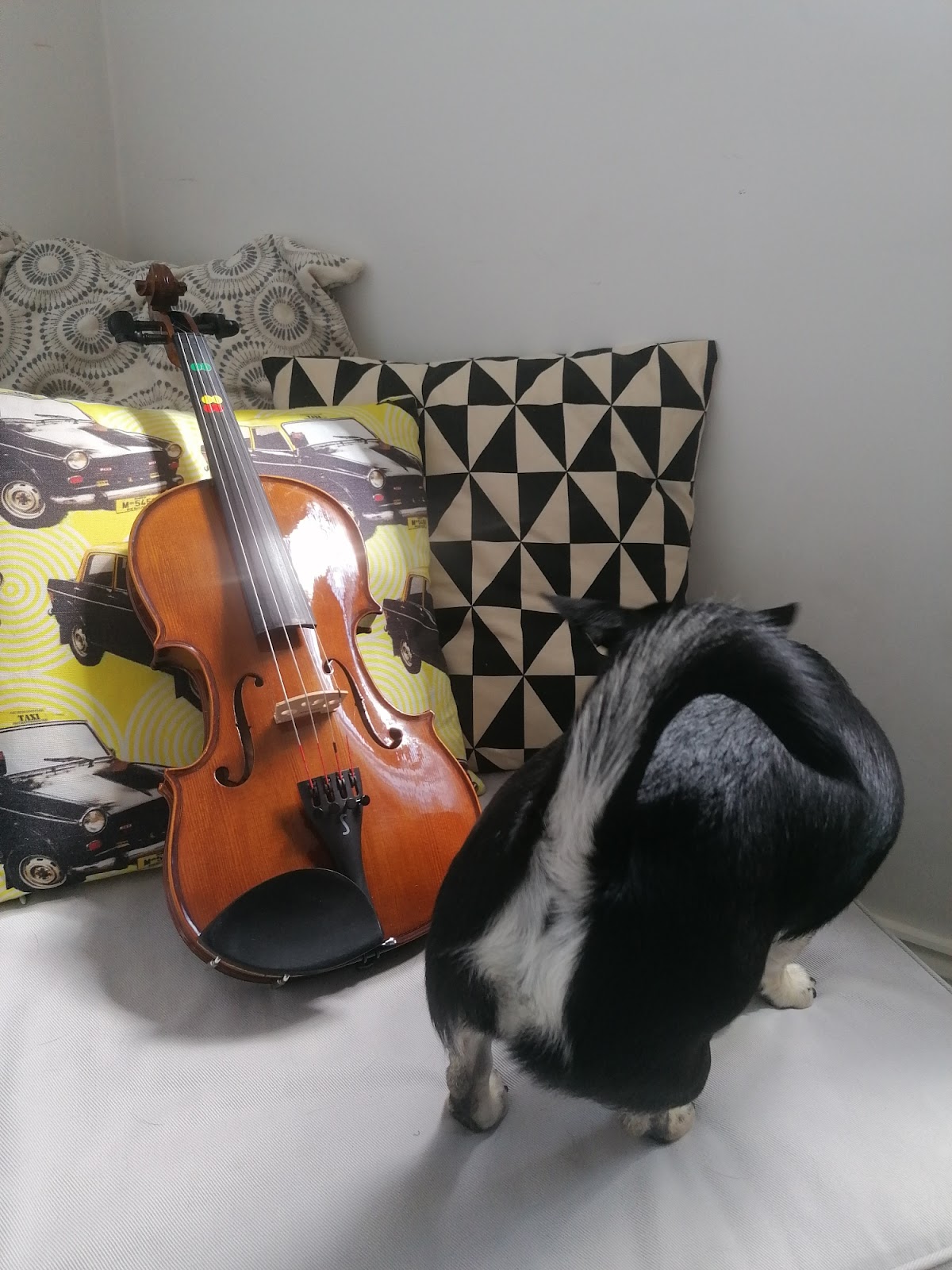 Is this a humbled heckler hiding his face?

He joins in with my Zoom lessons, confusing my teacher, and perks up at F# as well as E. He emits a kind of high-pitched gargling noise, and gives it his full concentration.

At first, I thought Lotus was heckling. Then, perhaps that he was trying to replicate the sound of my playing - or maybe even wanting to harmonise.

Perhaps he thought I was trying to communicate in ‘Howl’ and wanted to encourage me (if so, did I say anything significant, and what did Lotus say back)?

Now I think he sings just because he likes it. Maybe, he’s musically talented?

Now that I’ve conquered ‘Mary Had A Little Lamb’, ‘Au Claire De La Lune’ and ‘Ballad’, maybe I should try to learn something Lotus would like?

Maybe Lotus prefers jazz? Like Keira, the dark-haired Newfoundland, who was fond of the saxophone. 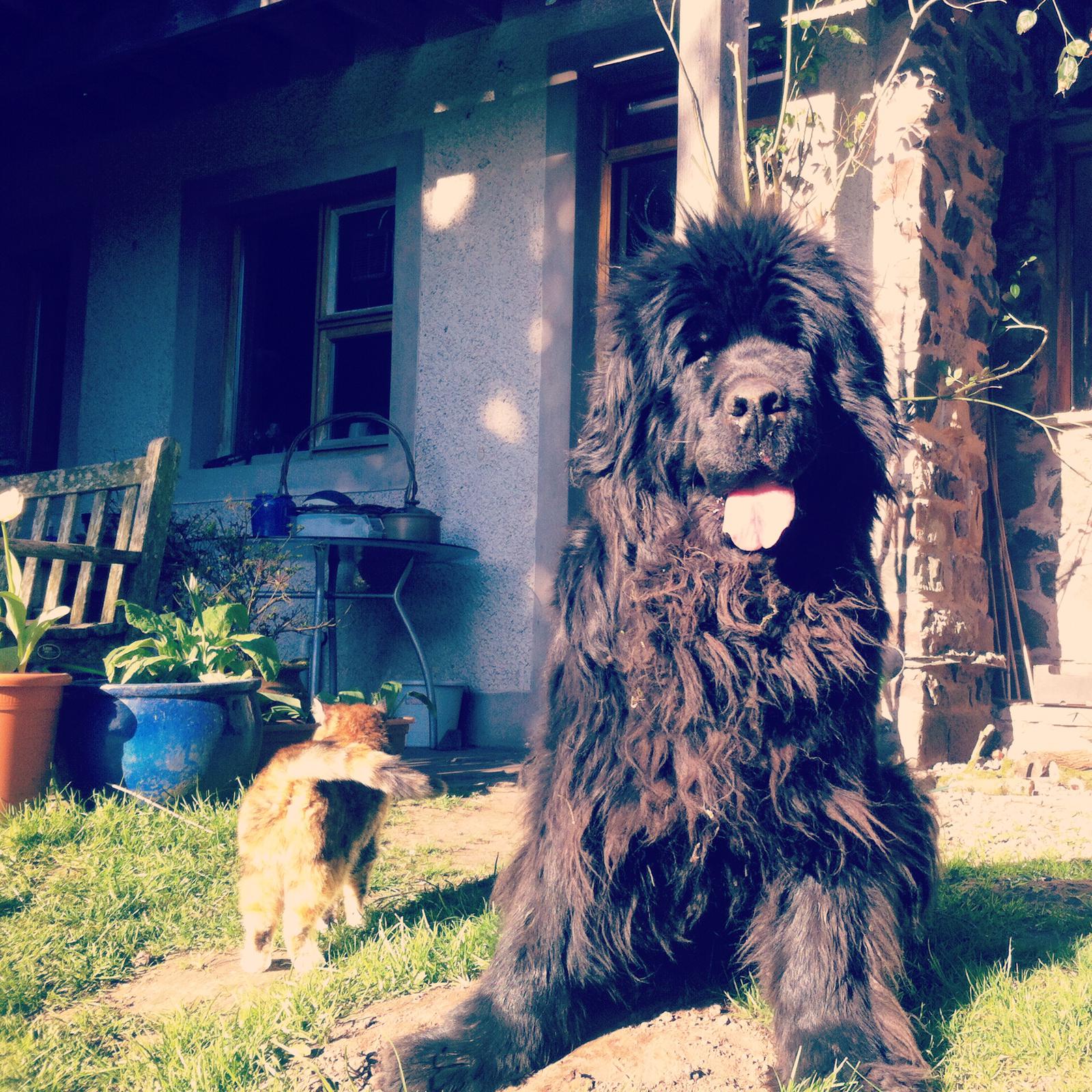 Art teacher Alyssa Flegg, whose family live near St Andrew’s in Fife, recalls that Keira was a quiet dog, who rarely barked, but would join in whenever her brother Kyle picked up his saxophone.

‘We’re a musical family and have always had singing dogs,’ Alyssa said.

‘She didn’t do it with the piano or the guitar, but there was something about the tone of my brother’s saxophone that set her off. It seemed to be an involuntary thing. She would take a couple of moments to tune in and then be totally transfixed – she could not be distracted from it.

‘And she wasn’t listening and replying. It was in unison. The whole family found it hilarious, it was incredibly entertaining.’

The family also had a bearded collie called Carlin, who ‘was very fluffy, very sweet and wailed her head off when Kyle played saxophone’. 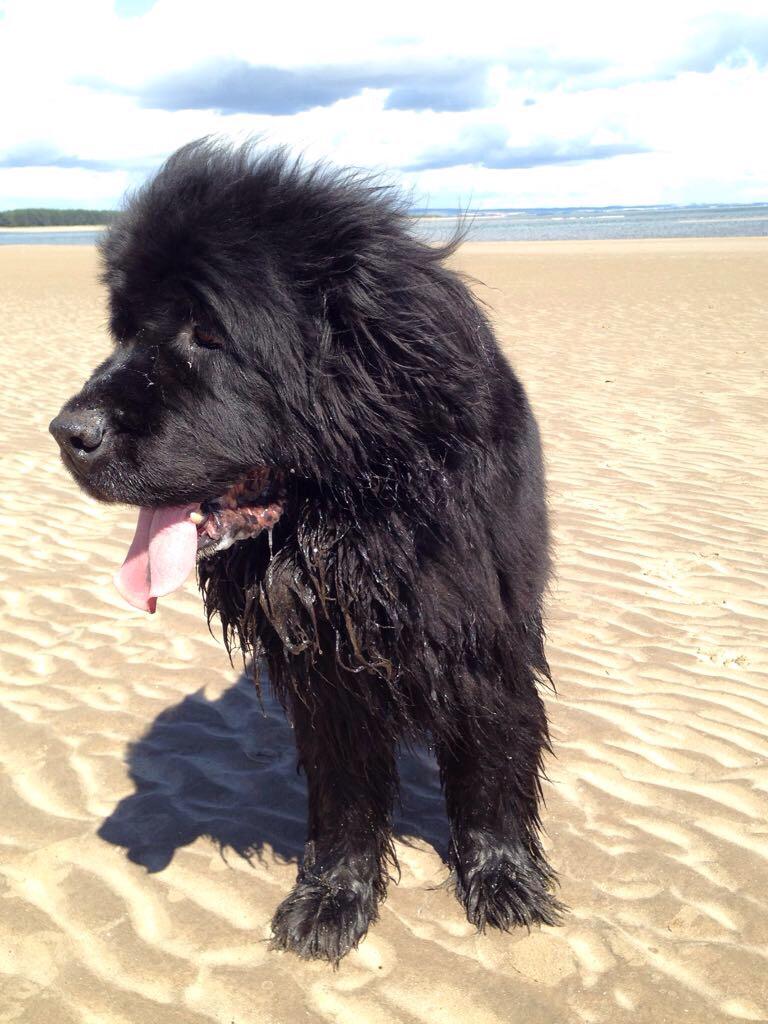 And Carlin enjoyed another genre of music too – traditional Scottish reels and jigs.

‘She also sang to the chanter, which creates a higher pitched tone than the bagpipes,’ Alyssa said.

Alyssa says Kyle was very good-natured about the dogs joining in with his music practice. I understand this – I feel more connected to my dog when he sings along.

My long-term goal for the violin is to get good enough to join in with jam sessions at pubs and other venues. Perhaps, if I keep practicing and if Lotus keeps doing his vocal exercises, we can perform a duet one day.