Why does my dog love David Attenborough? | TeamDogs

Sometimes I swear my dog thinks he’s a human, from the way he sits on the sofa to needing to be involved in everything we do. But the one thing that really makes us giggle is how much he loves to watch the TV!

We find it pretty difficult to watch shows like The Dog House and Paul O’Grady’s For the Love of Dogs, because Frank likes to bark at the canine co-stars - but there is one particular genre of television that he watches with deep intent.

In a recent survey, Edgard and Cooper found that 49% of ‘pupster’s - a new generation of pet owners - would say their dog has a favourite TV show. For my American Bulldog, Frank, that would be nature shows.

Just last night we watched a rerun of Spy in the Wild, and Frank was hypnotised by the hippos and totally charmed by the chimps. He won’t utter a woof, and you can see his little face following the animals as they cross the television screen.

He also adores any David Attenborough show, and will sit front and centre in the middle of the living room for the best spot (he makes a better door than a window, too).

The big cats occasionally incur a low growl, but he’s soon reminded that they’re far bigger than him and would eat him for breakfast. 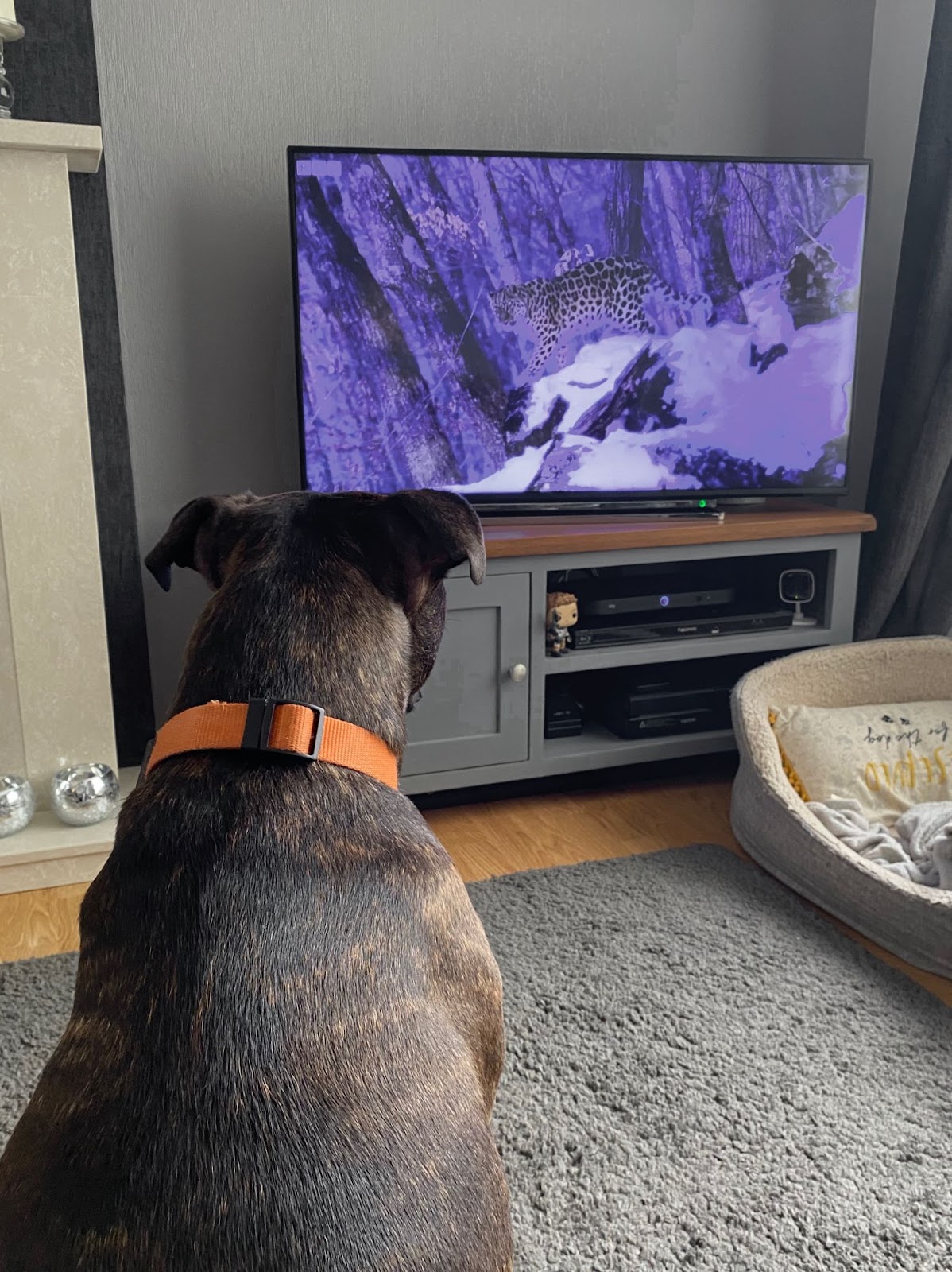 Frank seems to love these shows more than any other - Tipping Point and Tenable aren’t on his TV Guide schedule - which got me wondering whether there’s something about the nature programmes that make them so appealing to my pooch?

Nutrition and behaviour expert Anna Webb is host of the podcast A Dog’s Life, and offered an explanation as to why Frank may enjoy nature shows so much.

She said: “Dogs’ sight is very different from ours, but they can distinguish blues, yellows and grey/browns. A red ball for a dog looks brown for example, hence one of the reasons a yellow tennis ball stands out for a dog!

“Nature programs tend to be blues, browns, yellowy greens, which could be one reason Frank loves The Blue Planet! But it is the aural element combined with the visuals and the movement on the screen.

“A deer running is something they could perceive and understand the sound attached to it. A dog's hearing is up to six times more acute than ours, so what they are hearing is greatly amplified.

“This is why I always recommend leaving a TV or radio on for your dog when you’re out as a way to enrich him, and deflect from outdoor environmental noises that might stress him out. I also think watching TV is to do with how dogs are so tuned to us and enjoy the experience of being together as a family, they have your attention and you’re sharing the TV experience.”

So maybe it’s not just the dulcet tones of David Attenborough’s voice that Frank loves so much - he really just wants to feel like part of the family whilst enjoying the sights and sounds of nature, which tap into his predatory instincts!