What is a sausage dog, and why are they so long? | TeamDogs
Create PostPics of dogsDog newsAsk TeamDogs
More

Affectionately known as sausage dogs, weiner dogs, doxies, daxies and dachs - dachshunds are a breed that has risen in popularity as a result of social media, celebrities and advertisers.

Easily identifiable for their long bodies and little legs, dachshunds are a German breed who were bred for hunting badgers and rabbits.

“Intelligent, lively and courageous to the point of rashness,” is how The Kennel Club describes these lovable long dogs.

But in August, the organisation - the oldest recognised kennel club in the world - altered the breed standard for Dachshunds in a bid to protect their health, after they were being bred longer and longer.

The club wanted to prevent people breeding the pup with exaggerated looks to appear cuter, which could have detrimental effects on their spines, as they’re prone to intervertebral disc disease (IVDD).

The new breed standard reads: “Moderately long in proportion to height, with no exaggeration. Compact, well-muscled body, with enough ground clearance, not less than one quarter of the height at the withers, to allow free movement.

“Height at the withers should be half the length of the body, measured from breastbone to the rear of thigh. Bold, defiant carriage of head and intelligent expression.”

These ‘faithful’ canines can live over 12 years, but one sausage, named Chanel, made it into the Guinness World Records for holding the world’s oldest dog title until she passed away on August 28. 2009, aged 21.

Here are four other notable dachshunds and their owners:

Here at TeamDogs, we love a daxie. Here are some of our favourite sausage dog stories!

Meet the dachshund and one-eyed hedgehog who are best friends. 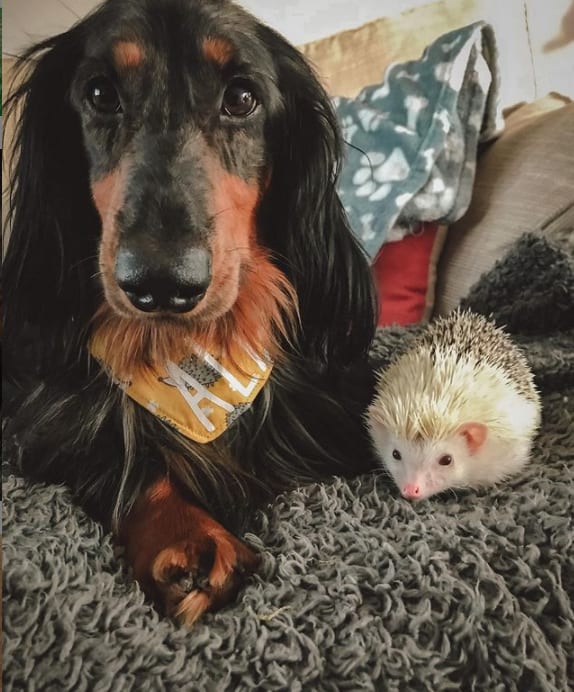 When April Millen spotted a hedgehog as a beloved pet on Instagram, she spent hours researching how to care for one.

A few weeks after getting Olive, the African pygmy hedgehog, she welcomed Alfie the dachshund into her family - and they’re inseparable/

Alfie and Olive play together, cuddle together, and even share a LickiMat together. 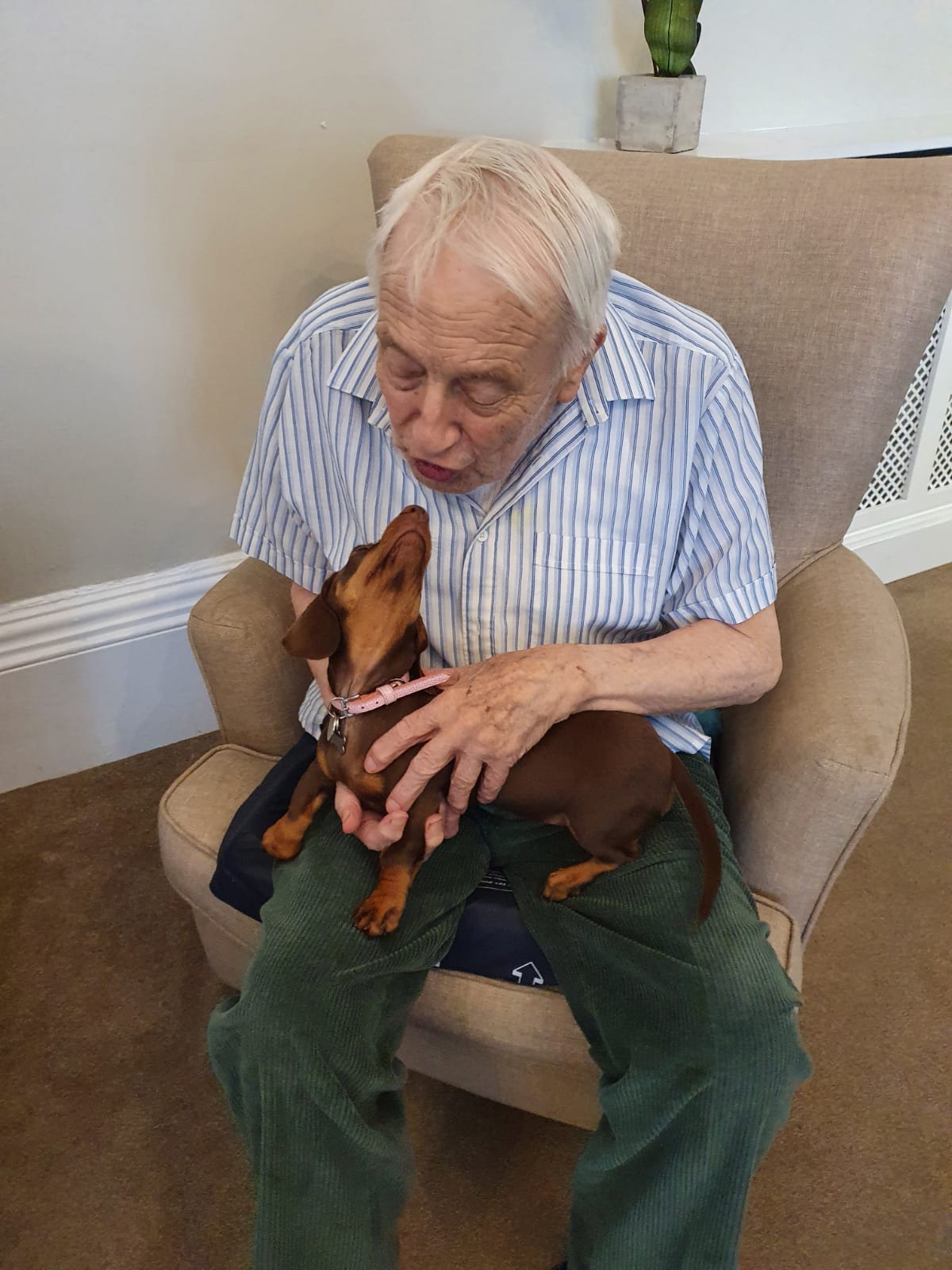 Five-month-old Dachshund, Lady, has been appointed as the new pet therapy pup at Cleveland House Bupa Care Home, and has really settled into her role.

The wellness canine can sense when a patient is unwell, and makes an effort to comfort them through difficult times.

She recently brought so much joy to a resident in her final days, just laying with her and cuddling her. 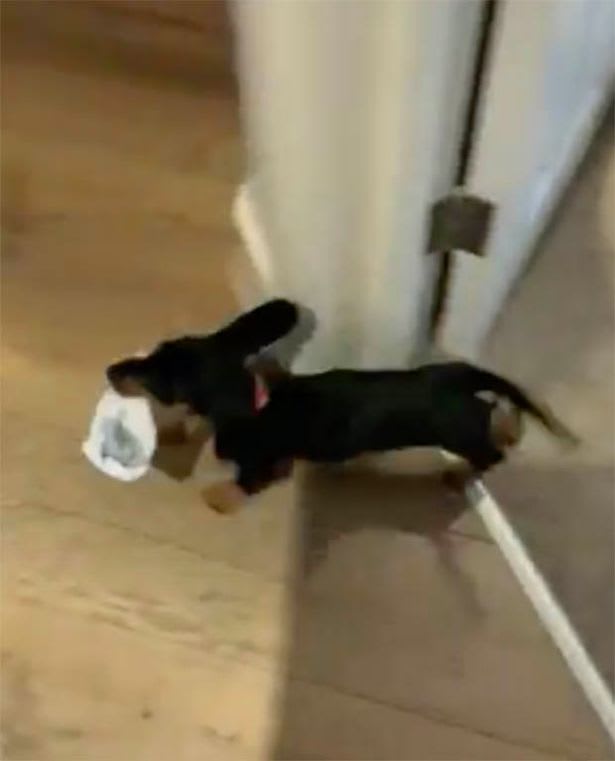 This adorable viral video has been viewed by thousands on Reddit, and many viewers have compared the pup to Harry Potter’s house-elf Dobby, commenting on the video: “Dobby is a free elf”.

His owner captures the 12-week-old pup charging into a bedroom, with the white sock hanging out of his mouth, and running back into another room, before repeating it over again.

If you listen carefully to the video, you can hear the puppy’s tiny paws pattering on the wooden floor as he scampers frantically back and forth between rooms.

Beans the sausage dog on wheels has his own private plate 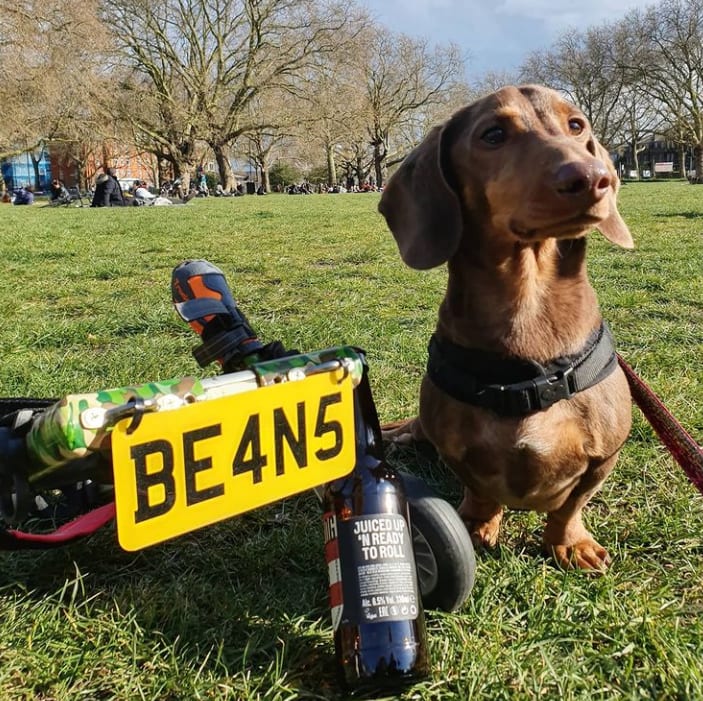 Beans became a TikTok sensation after being captured using his wheels on the streets of London.

His private number plate ‘BE4N5’ has seen people in the city shout his name across the dog park, and sneakily take photos of the pooch on the tube.

Beans has only been using his wheels for a few months, after waking up on Christmas morning unable to walk.