What happened when I bought my dogs a paddling pool | TeamDogs

Our weekend woodland dog walk saw Phoebe launch herself into a stream to splash around, and even Frank dipped his paws into the water to cool off - so I decided it was time to invest in a doggy paddling pool.

Some may say water is like marmite to dogs - they either love it or they hate it. Turns out, mine change their minds depending on what vessel the water comes in...

The sea gets a big nope - but streams get a paws up. You’ve no chance of getting them in the bath without peanut butter, and Frank won’t drink his water from his bowl if it’s above 13 degrees celsius, but the hose pipe and watering can both get tails wagging.

I ordered the Chad Valley water and sand pit from Argos for £20. It’s really two pools, because you get two halves which you can store on top of each other. They’re roughly a metre square, so the perfect size for our American Bulldog/Staffy crosses.

We filled the pool with the hosepipe, with both Phoebe and Frank watching very intently from the edge. They were keen to chase the water spurting from the hose, which has always been a favourite pastime.

But once the paddling pool was filled, and left to warm up in the sun - the dogs had absolutely no interest in taking a dip.

In a bid to tempt them, I threw a handful of treats into the pool, which Frank craned his neck to reach rather than placing a paw into the tepid water. Some of the treats sank to the bottom of the pool, and the pooch even went so far as to snorkel to get them - but still wouldn’t get into the paddling pool. 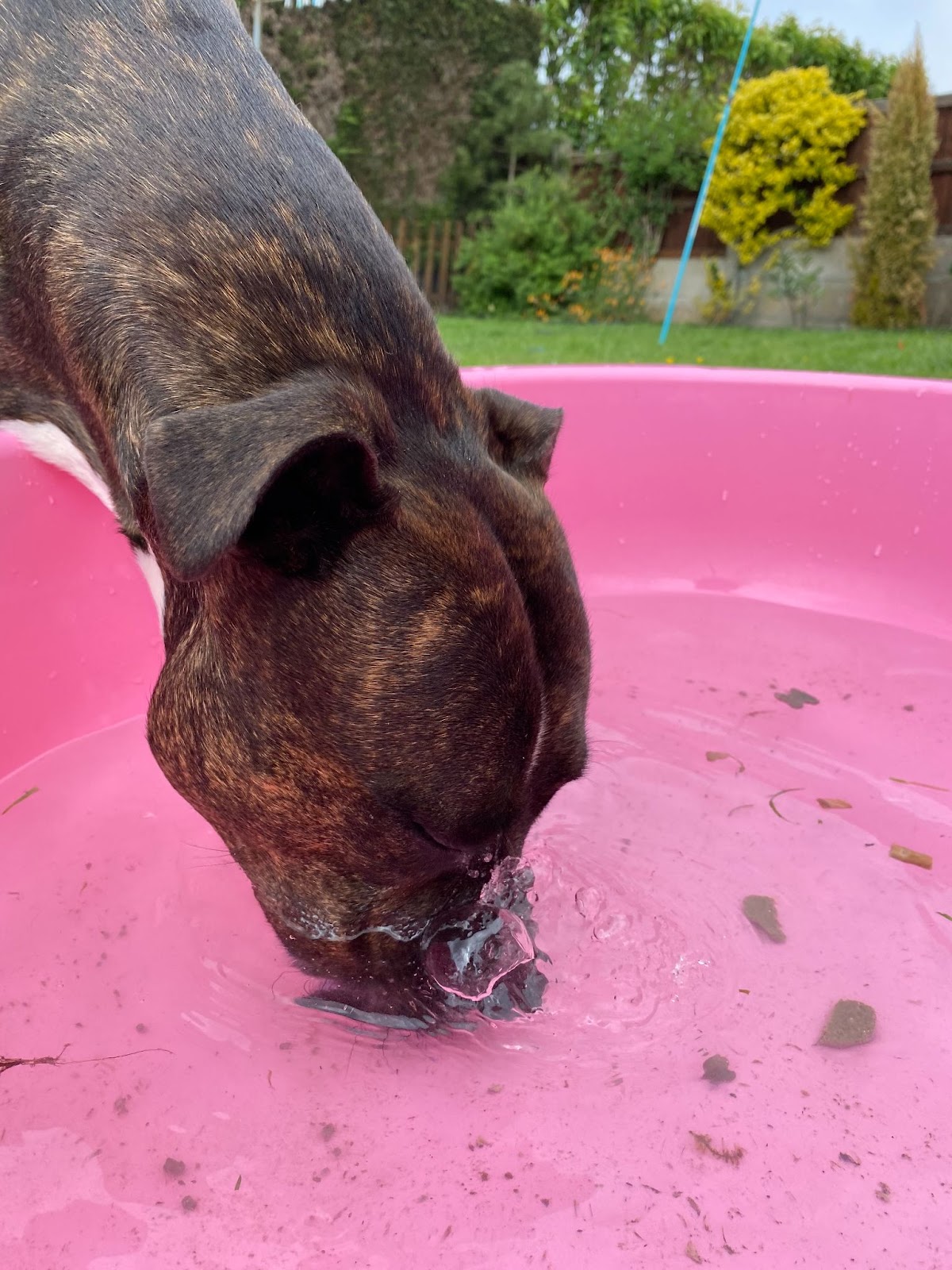 I rolled up my trousers and hopped in myself, splashing the water to see if I could entice them, but to no avail. I had no other choice but to lift 25kg Frank into the pool where he stood frozen still unsure of what to do.

Once in the water, he didn’t seem to hate it and wasn’t in a rush to escape, but also wasn’t exactly the picture of a perfectly happy pooch enjoying a paddle.

Phoebe still won’t even go near the pool for love nor money (nor treats or toys). We’ve tried launching her favourite toy across the garden and into the pool, we’ve tried throwing in treats - but there’s no hope of catching her to place her in.

I guess I knew buying the dogs a paddling pool was a gamble, but I’m still hopeful that as the weather warms up, they’ll take refuge in the cool water and learn to love it. If not, I’m sure I will!