Many dogs have a madcap minute running round the garden, but Brian does this in style - with a flower pot on his head.

The Border Terrier-Patterdale cross belongs to Tony Hutton, from Leigh, Greater Manchester, who shared a video of his pup racing wildly round the family garden on Twitter.

Read more: Would you give up your dog if your neighbour was allergic?

“No matter how expensive the dog toy you buy, he will always go for something around him from the garden - whether it's a twig or a plant pot,” says Tony, adding: “There's no coordination going on or anything; it's quite entertaining watching him fall over and walk into things.” 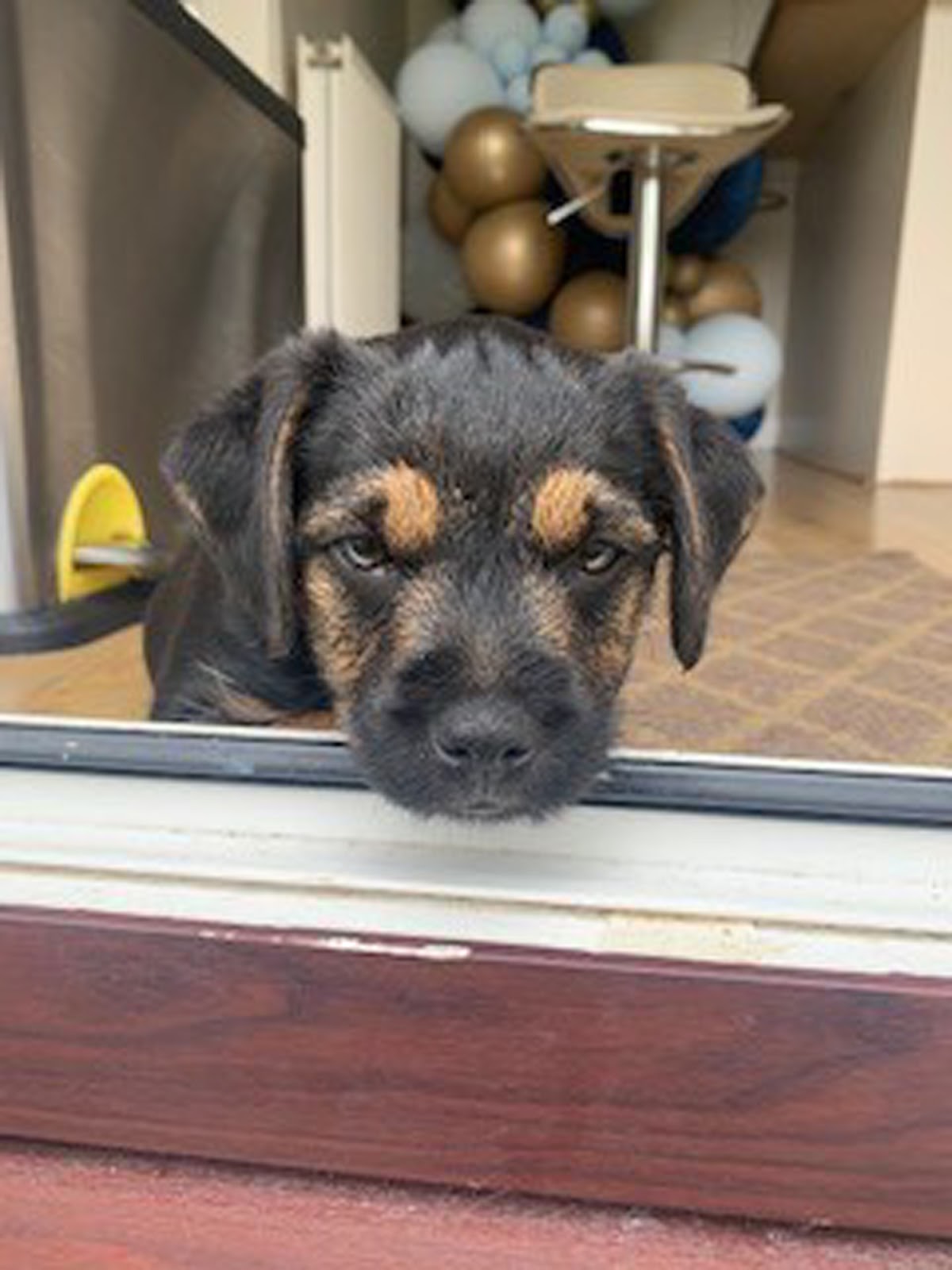 The footage of 16-week-old Brian was shot by Tony’s daughter, Katie, 22, and features Tony’s son, Danny, 21, in hot pursuit of the doggo.

“My son who was in the video chasing him, they love playing games together,” says Tony.

“He’s a core part of the family. My mum and dad live next door but one and they come around each day and they love playing with him… if we need a dog sitter, he can go and trash their garden and living room for a bit.”

Tony says Brian is “very stubborn”, but has a “great little temperament” and “hasn’t got a bad bone in his body”.

It’s not just flower pots he loves either. Garden tools in general seem to fascinate him. “If I'm in the garden doing anything, he'll pick it up. You put the spade down, he'll try and drag it off,” says Tony. “The yard brush particularly - a six foot long yard brush with a long handle, he has loads of fun dragging it around. I don't know what he thinks it is, but he loves it.”

Brian’s predecessor was a pup called Scruff, who passed away in April. “The house just feels so empty, doesn't it?” says Hutton on the death. “Once Scruff passed away, [the house] just seemed empty, so we had to fill the void with another little rascal, Brian.”