This article contains affiliate links, we may receive a commission on any sales we generate from it.

The delight on six-month-old French Bulldog Rose’s face is a joy to see as she waits to discover what’s in her mystery box. The cuteness is off the scale.

When the unwrapping is done, she loves her crunchy ball and the squashy Uefa football trophy makes her feel like a champion. She can’t wait to try the treats.

Claire Fletcher, a west London headteacher, orders a wufbox once a month for her family’s French Bulldog. Each one has a theme (such as football for Euro 2020).

‘I ordered the first one because they were advertising a Wufsalad (a food mat made of strands of felt that stops dogs eating too fast) as a free gift, and I’ve kept it up because she really loves it,” Claire says. 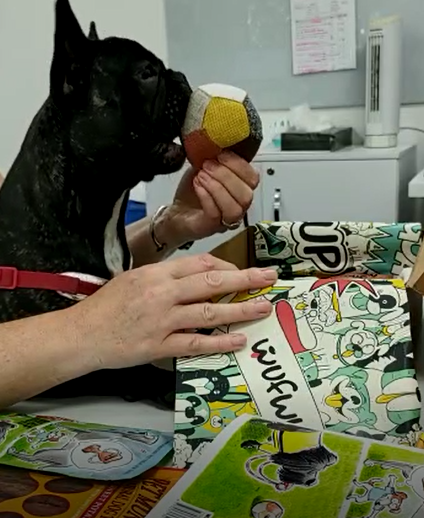 ‘Once she knows you’re opening it, she’s straight over. In each box, you get two or three toys and two or three edible treats. She gets really excited.’

You might have watched some of the millions of unboxing videos – clips of people unpacking products online and reacting to the contents. It’s an internet phenomenon that started with hi-tech goods, moved from gadgetry to fashion and has since expanded to all sorts of items.

Toy unboxing is a whole sub-genre, with videos of children unpacking toys receiving massive numbers of views. One video in which US child Ryan Kaji, who has his own YouTube channel, unboxed a giant egg has been viewed more than one billion times.

And now dogs are getting in on the act.

Rose is an early adopter in the dog unboxing scene and we at TeamDogs love to see her enthusiasm. She shows excellent poise and presentational skills.

Our four-legged friends should do well in the unboxing world. They love it when the post arrives, after all, and have been known to tear open envelopes – even though they can’t read. 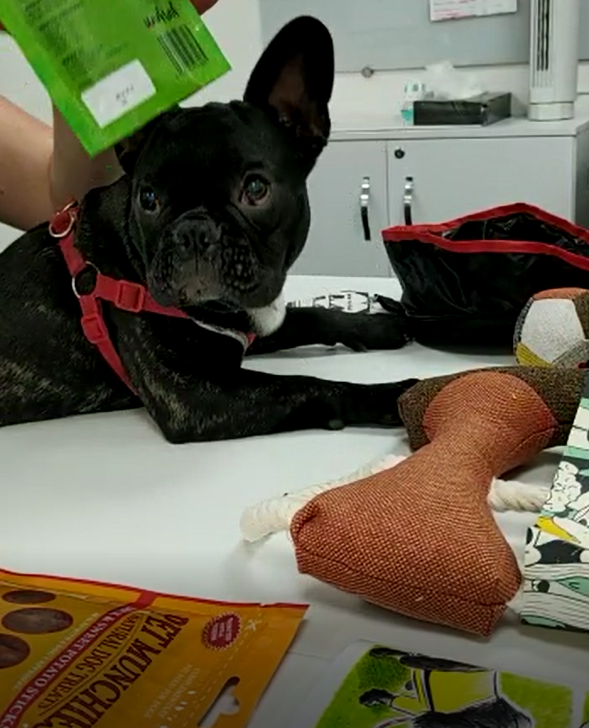 The popularity of unboxing is probably due to three factors. First, it’s like watching someone unwrap a present, which is always nice. It answers a simple question – what’s in the box?

Second, it’s informative – people can see the items as they actually are rather than relying on whatever the vendor puts on their website. Each item is explained and viewers can judge for themselves whether they want to make a purchase.

Third, and perhaps most importantly, it’s authentic – the look on the unboxer’s face cannot be faked.

And one thing a dog can never do is hide its feelings! Just look at Rose as she takes her crunchy ball!

One thing about receiving lots of goodies in the post is that you have to find a place to put the items. And Rose understands the need for storage and the concept of unpacking. 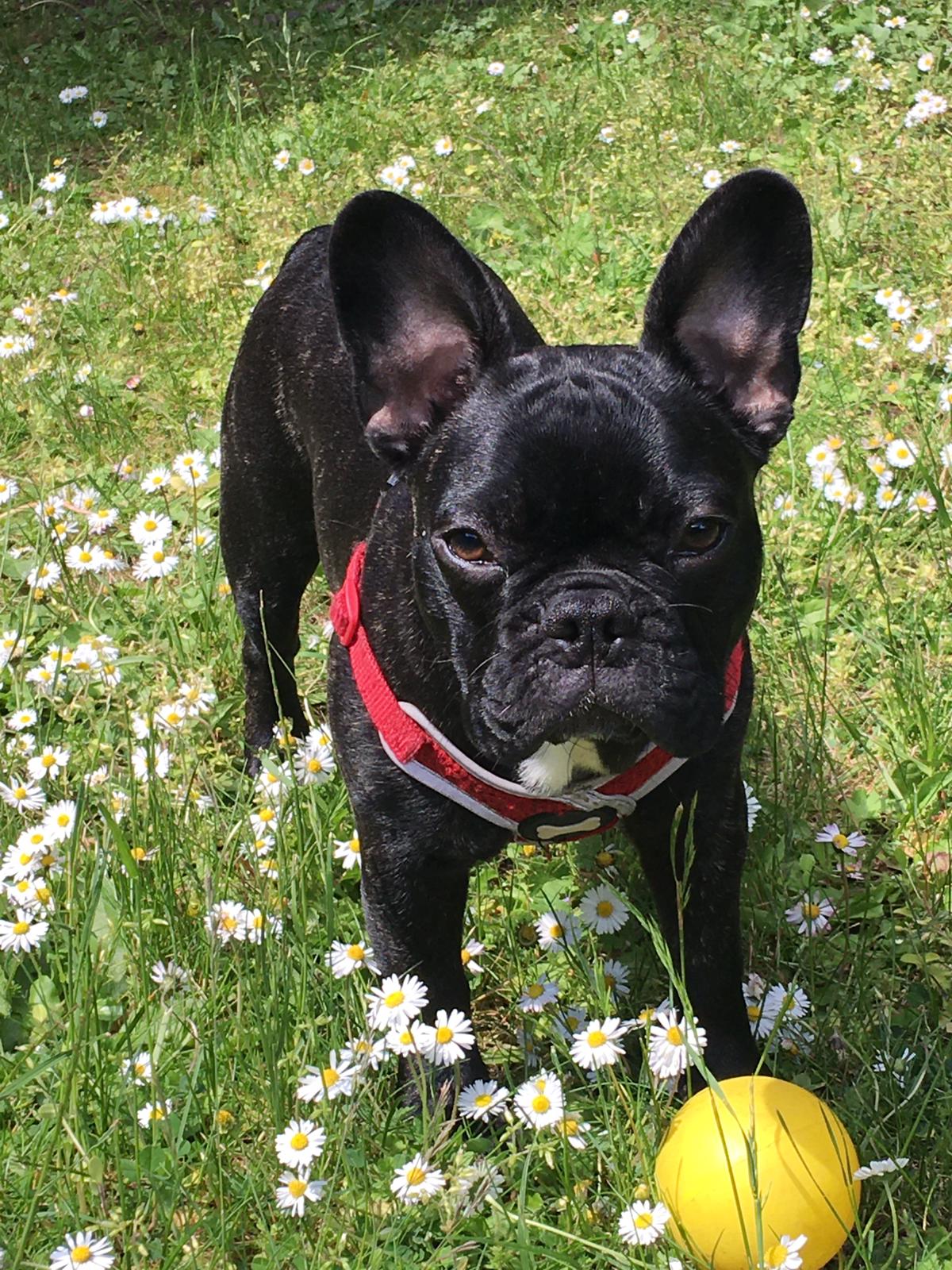 ‘Rose knows where her stuff is, and she brings her food out for us,’ Claire says, although she adds that Rose doesn’t usually remember to put the stuff back.

She is a ‘food-orientated’ dog, so that may be one reason why she loves to unbox.

‘We call her Pac-Man because she eats everything in her way,’ Claire says. ‘Flowers, dandelions, everything.

‘She likes to chew and destroy and has torn up many things including plants, rugs and cashmere throws. When she’s not doing that, she loves galloping like a racehorse, doing her zoomies in the garden.’