A talented pooch is going viral on TikTok after sharing his unusual party trick.

Ollie the chocolate labrador, also known as @good.boy.ollie, has reached one million followers after his owner posted videos of him balancing things on his butt.

The clever canine’s hidden talent is his ‘Booty Balance’, with his account claiming he can ‘balance anything’ on his booty.

He’s been seen in a play bow position balancing footballs, toilet rolls, teapots, a cabbage and even an Amazon Echo Dot on his derriere - much like Kim Kardashian with her champagne glass for the cover of PAPER.

One of his followers even commented: “Kim K can step aside.”

Another added: “Kim Kardashian is silent since the release of this video.”

After many comparisons to the American socialite, Ollie’s owner decided to recreate that iconic magazine cover shot as part of a series copying well-known celebrity images.

In the video, Ollie holds the PAPER magazine in his mouth before his owner is seen getting him into position for the photo. 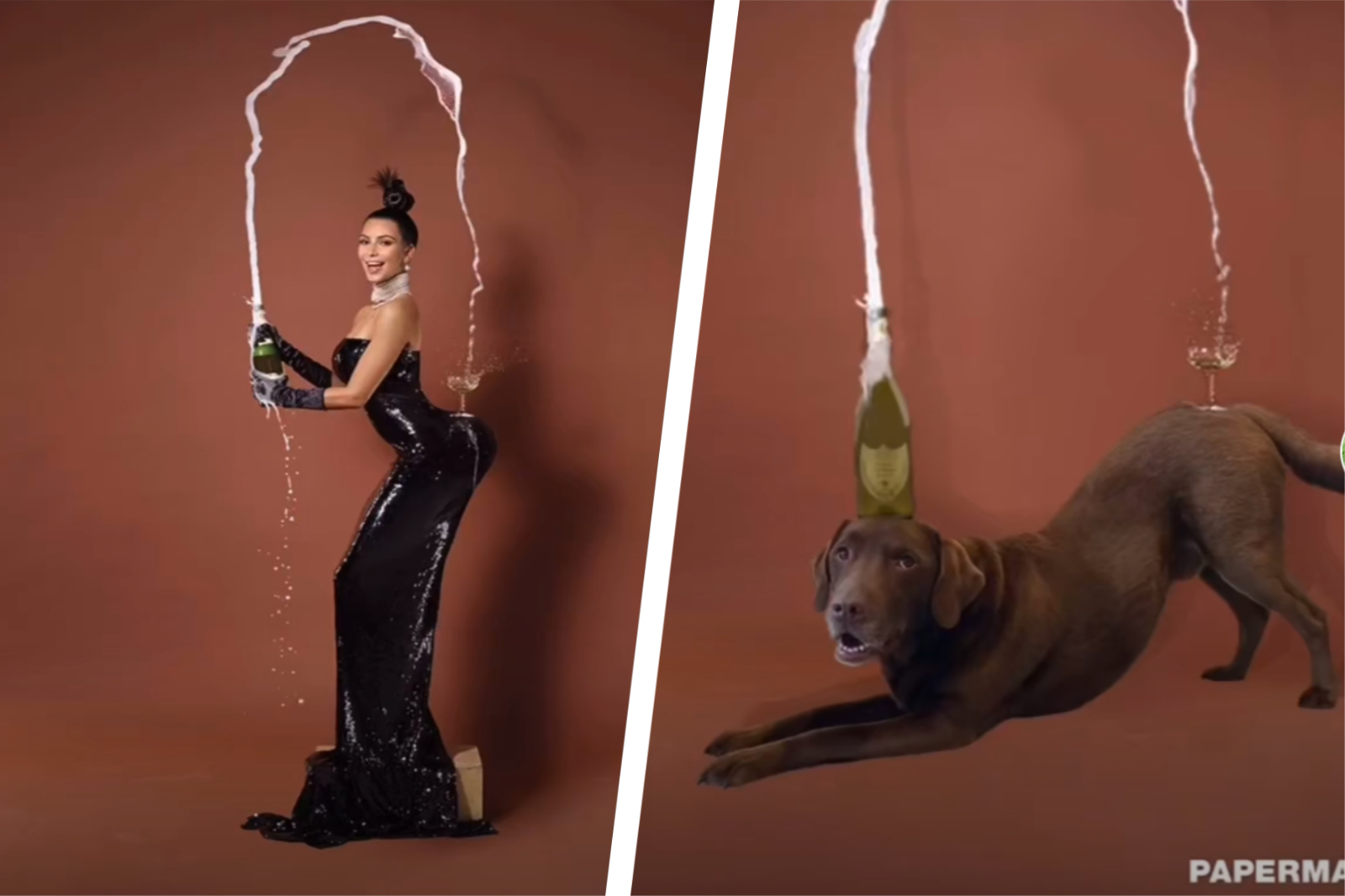 Ollie balances a wine glass on his booty, and an empty champagne bottle is balanced on his head with the help of a pawrent.

The video then reveals the final results - and the likeness is uncanny - or should I say canine-y!

PAPER magazine saw the video and commented: “This might be the best recreation we’ve seen.”

Another said: “Kim K wishes she had Ollie energy.”