The dogs who have been rescued by A-listers | TeamDogs

In 2019 alone the RSPCA saved more than 10 thousand dogs from vulnerable homes.

While rescuing a dog isn’t an option for everyone, charities are urging those searching for a four-legged companion to ‘Adopt don’t shop.’

Some A-listers have become known for advocating this message themselves, as they share their rescued pups with the world.

From rags to riches, here are some of the pups who were adopted into a life of red carpets and luxury.

Camilla, Duchess of Cornwall and Beth and Bluebell Rescue dogs have been welcomed into the royal circle by Camilla, Duchess of Cornwall.

She adopted her two Jack Russell Terriers from Battersea Dogs Home, when they were puppies in 2011, and recently became a patron of Battersea. The dogs don’t often accompany Camilla and Charles to events, but have been known to steal the spotlight when they do. As if Chris isn’t enough of a hero in Captain America, he also rescued Dodger while filming in 2017. The actor was filming in a shelter in Savannah, America when he realised the dogs weren’t actors and were actually up for adoption. It was then that he fell in love with his mix-breed rescue and he even has a tattoo of him.

Last week he shared a video of the moment he met Dodger, stating: “Visit a shelter and leave with a best friend.”

Ariana Grande and her pack She is such a rescue lover that last year she founded a rescue shelter in LA called Orange Twins Rescue. Selena described herself as a foster failure on Twitter last year as she introduced Daisy to her followers. She initially intended to foster Daisy, but fell in love with the rescue and made her a permanent member of the family instead, she said: “I couldn’t help it.”

Daisy joins Selena’s other dog Winnie and the two seem to be the best of friends. Tom Hardy came across Woody (short for Woodstock) when he was shooting Lawless in Atlanta. It was pitch black when Tom spotted the 11-week-old puppy running frantically towards ongoing traffic on the highway. Thankfully, he managed to get the pup’s attention and the two bonded immediately.

He spent many years accompanying Tom on film sets and red carpets, including briefly featuring in Peaky Blinders. Aged 6, Woody sadly passed away, but he truly lived the A-list life and Tom said: “Woody was the bestest of journey companions we ever could dream of having. Our souls intertwined forever.”

George and Amal Clooney and their tribe 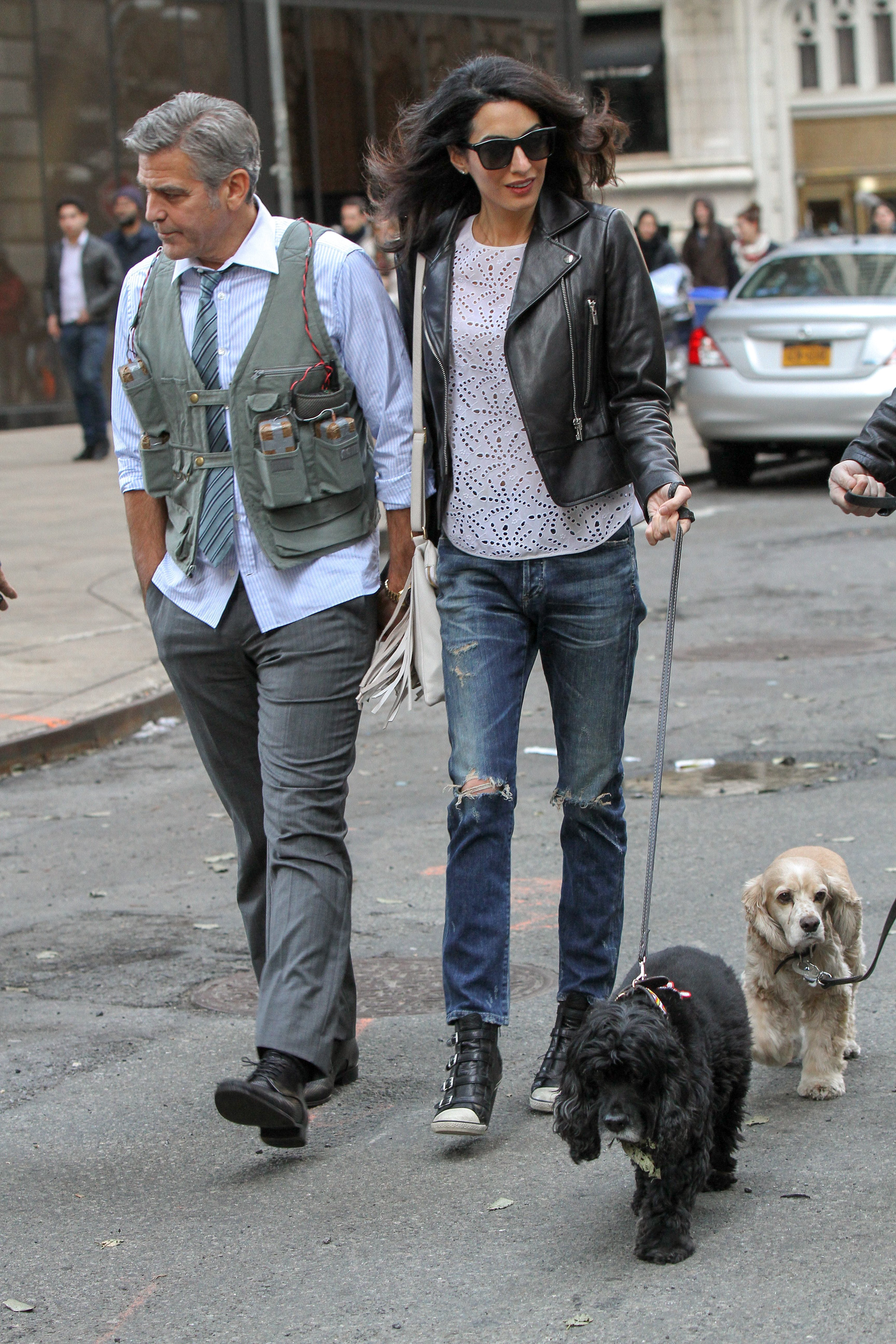 George, 55, and Amal, 39, have three rescue dogs in their family, two cocker spaniels, Louie and Einstein, and a basset-mix, Millie.

Their spaniels were rescued from Camp Cocker and the couple have since donated thousands of dollars to the rescue centre. George even went a step further and rescued a terrier for his parents after they lost their family dog. 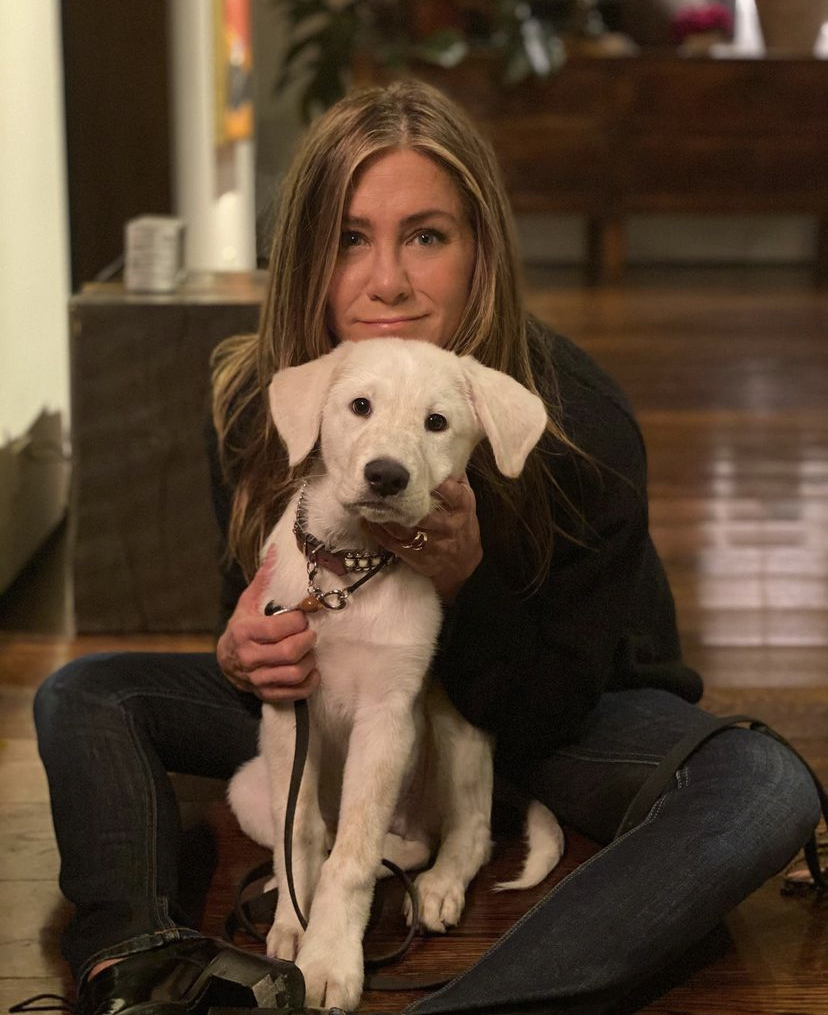 Jennifer Aniston took advantage of lockdown and brought a rescue pup into her family. She announced the adoption of Lord Chesterfield from Wagmor Pets Dog Rescue stating, “He stole my heart immediately”.

He joins the Friends star’s two other dogs Clyde and Sophie in her LA home.