We’re all aware that owning a dog brings incredible enrichment to our lives, but for the residents of care homes, especially those suffering with dementia, it’s not always a practical option to keep a real-life pup.

“While we have real pets in some of our care homes, we found that’s too much for some people with dementia, and it can be a bit overwhelming,” David Moore, dementia lead at the national care home charity MHA.

As a result, many care homes have started introducing adorable robotic puppies, as well as kittens, for people to pet and care for. At first glance, you might be a little cynical about the idea, feel it’s a little patronising even, and you wouldn’t be alone.

Moore admits he was sceptical when he first spotted them at the Dementia, Care & Nursing Home Expo in Birmingham a few years ago. 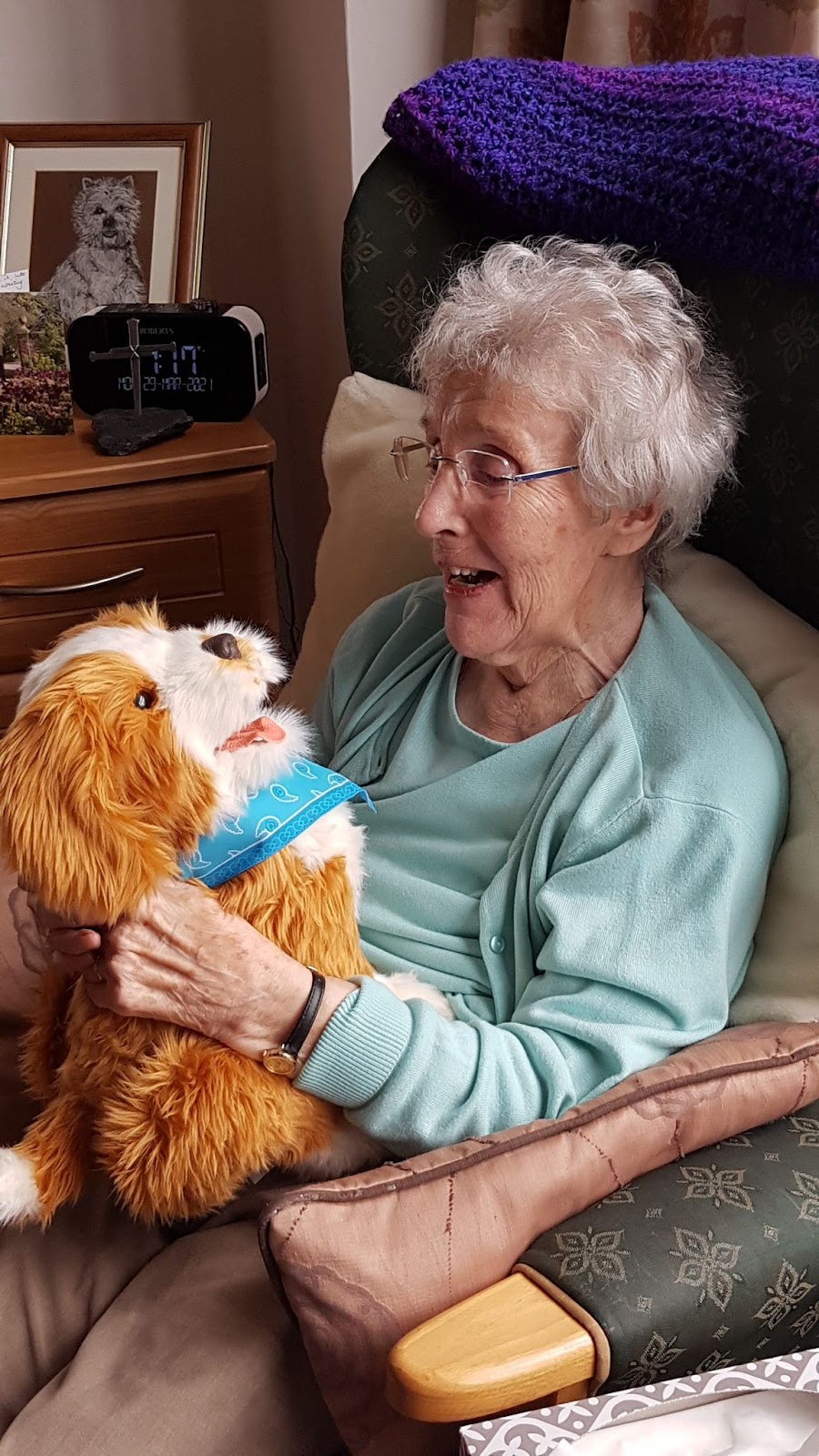 An MHA resident with a robo-dog (credit - MHA)

“I did think they looked really childish, and didn’t think they’d be suitable, but then I thought, no, come on, you’ve got to at least give it a try because it’s not about what we, people without dementia, think, it’s what it might bring to someone with dementia,” says Moore, who trialled the robotic pets in three different homes initially.

“I was absolutely blown away by the response from the residents. Some of them were quite quiet and withdrawn and this almost brought them back. It was quite shocking but also emotional to see the change in that person.

“There was one lady who didn’t really talk because of her dementia but she started to talk to the dog, it was like, wow,’ he recalls.

“I presume it gives people a sense of purpose, the idea of something or someone else needing you and stops you from getting bored. Really, it’s a lot of the same reasons we all have pets but without all the hassle that you can get from looking after your own.’ 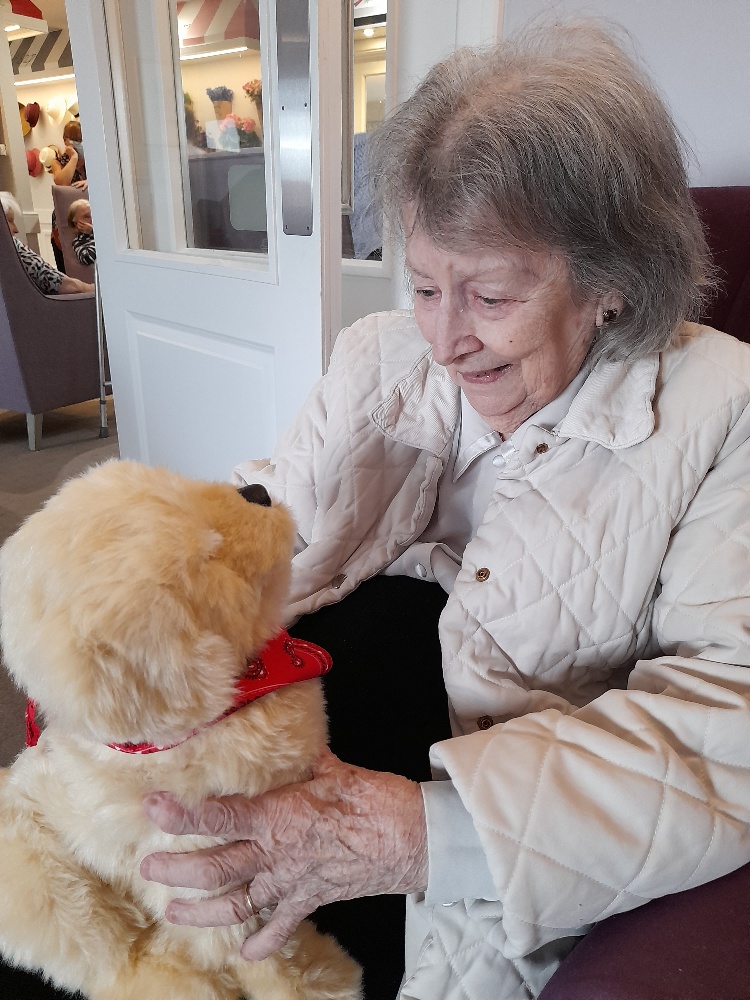 The robotic animals, called Joy For All Companion Pets, are the brainchild of an innovation team formed at Hasbro.

In 2015, they were tasked with finding new ways in which the power of play could make a positive difference to people’s lives.

“We quickly found that there was a real void for products that brought fun and play to the older adult market, particularly focusing on health and wellness. Working closely with older adults to learn first-hand the products and features that would excite and engage them, the pups were designed to look, sound, and feel just like real puppies – without the responsibilities of pet ownership,” says Ted Fischer, CEO and founder of Ageless Innovation, which was formed in 2018 when the innovation team left Hasbro.

Currently, there are two types of robotic dog, the Golden Pup, and the Freckled Pup. 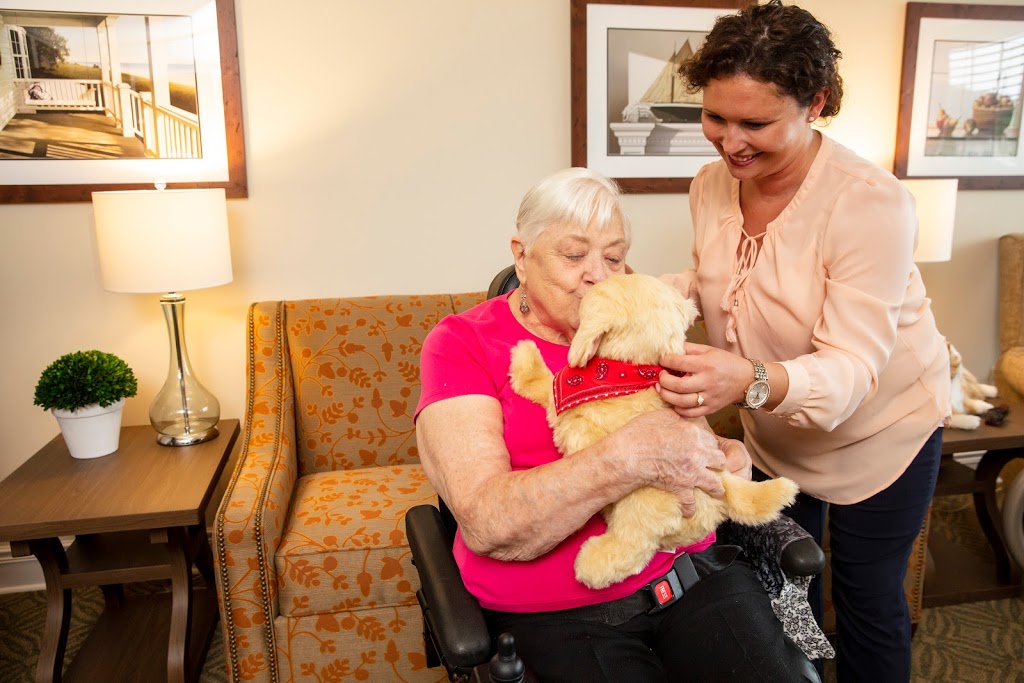 “Each pet looks, moves, and sounds like a real dog; they all feature lifelike coats, soft heartbeats, and make realistic puppy-like sounds. Thanks to built-in technology, the pups react to the sound of its owner’s voice and respond to their touch much like a real puppy. This two-way interaction helps create a personally rich experience that can bring fun, joy, and friendship to older adults, as well as their families, and caregivers,” explains Fischer who highlights their research has been backed by clinical studies in the US.

“They’ve proven the pets can help to enhance the well-being and quality of life of lonely or isolated individuals, those living with dementia, and other forms of cognitive decline by providing a level of interaction and comfort from a lifelike companion. They have also proven to reduce the burden of care among recipient caregivers and family members, without medication, and at a reasonable cost.”

The pups range from £90 to £110, and there are currently more than 350 in MHA care homes nationwide, which have been purchased through investment and donations. 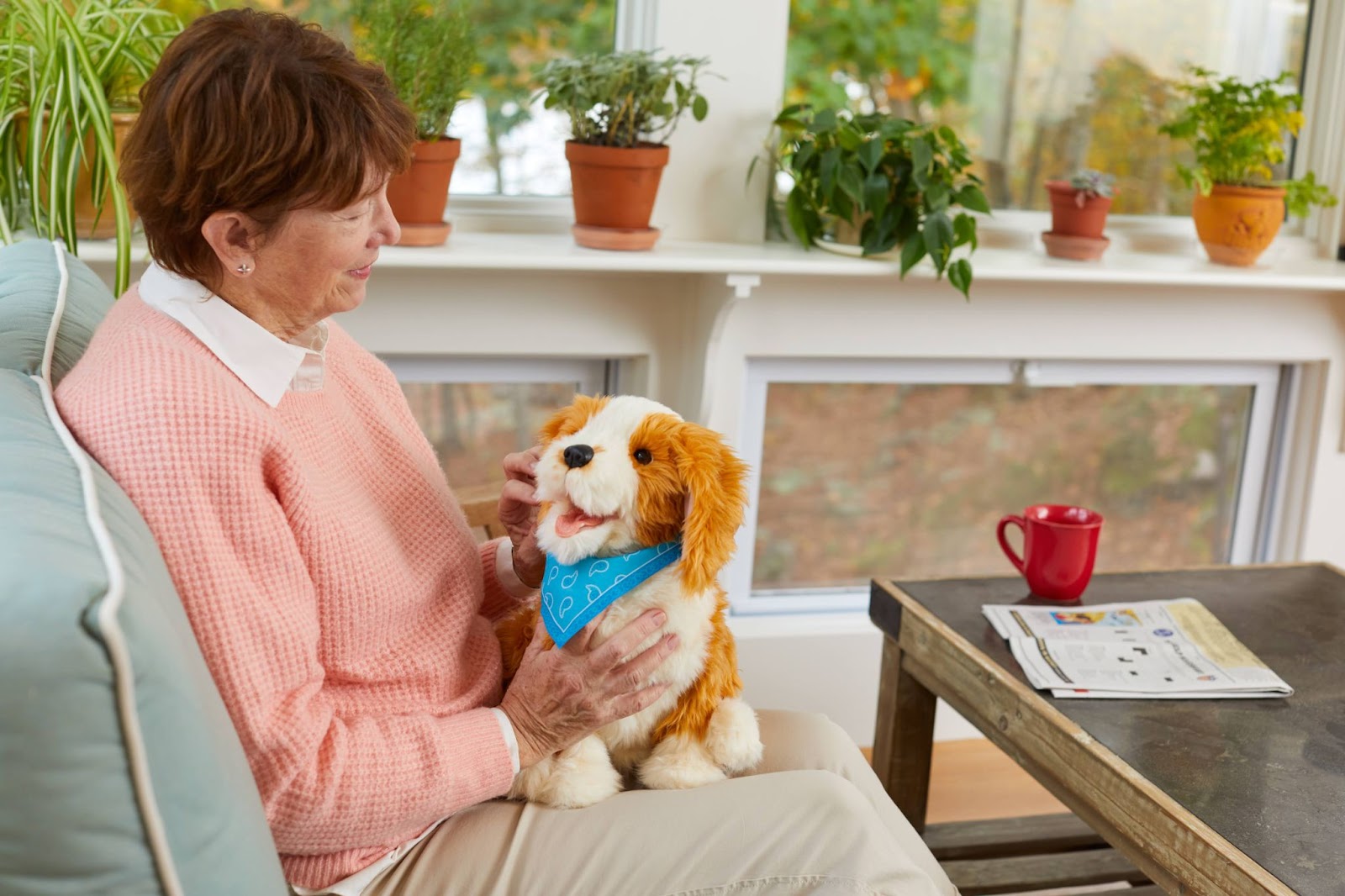 “These pups are accessible, and can make a real difference, but they’re not suitable for everybody. We’ll often introduce a dog by putting it in the room, and see how the resident responds and whether they notice it or not. Some people will say, ‘I like that, can I have a look’ and we’ll go from there,” says Moore.

“If residents believe it’s a dog, the staff respond to that. That’s very important because you have to enter that person’s reality. But what’s surprised me is that people who don’t have dementia, or who are early on in their dementia, are taken with the pets as well.

“I was with a lady recently who knew the pet wasn’t real but was still showing it off to everyone who visited, and said, ‘Isn’t it clever, it looks ever so real, doesn’t it?’ It was brilliant to see.”

The reaction to the pups has been especially warming given the devastating impact of Covid-19 on care home residents who faced months of loneliness without visitors during the lockdowns.

‘It was sometimes distressing for residents not to see their families or friends, and if you’re feeling lonely or a bit low, something like these pups can just make you feel a bit happier and more useful.’