Mitch Byer and his Jack Russell Terrier, Phoebe, are completely inseparable. They go to the beach together, to family events and even go on holiday together!

Now, Mitch - aged 31 - says the pooch has helped him find love in lockdown, despite the fact the dog has been dead for eight years.

The beloved family pet passed away in 2013, but Mitch’s mum took the unusual decision to have Phoebe’s body stuffed and preserved. Mitch arrived home one day to find his dead dog sitting on top of the kitchen table - and he burst out laughing.

Mitch took the totally bizarre taxidermy in his stride, and launched an Instagram account under the name @mydeaddogandme, which has amassed over 6,000 followers. It’s here that he’s documented their eight years of Phoebe’s after-life adventures. 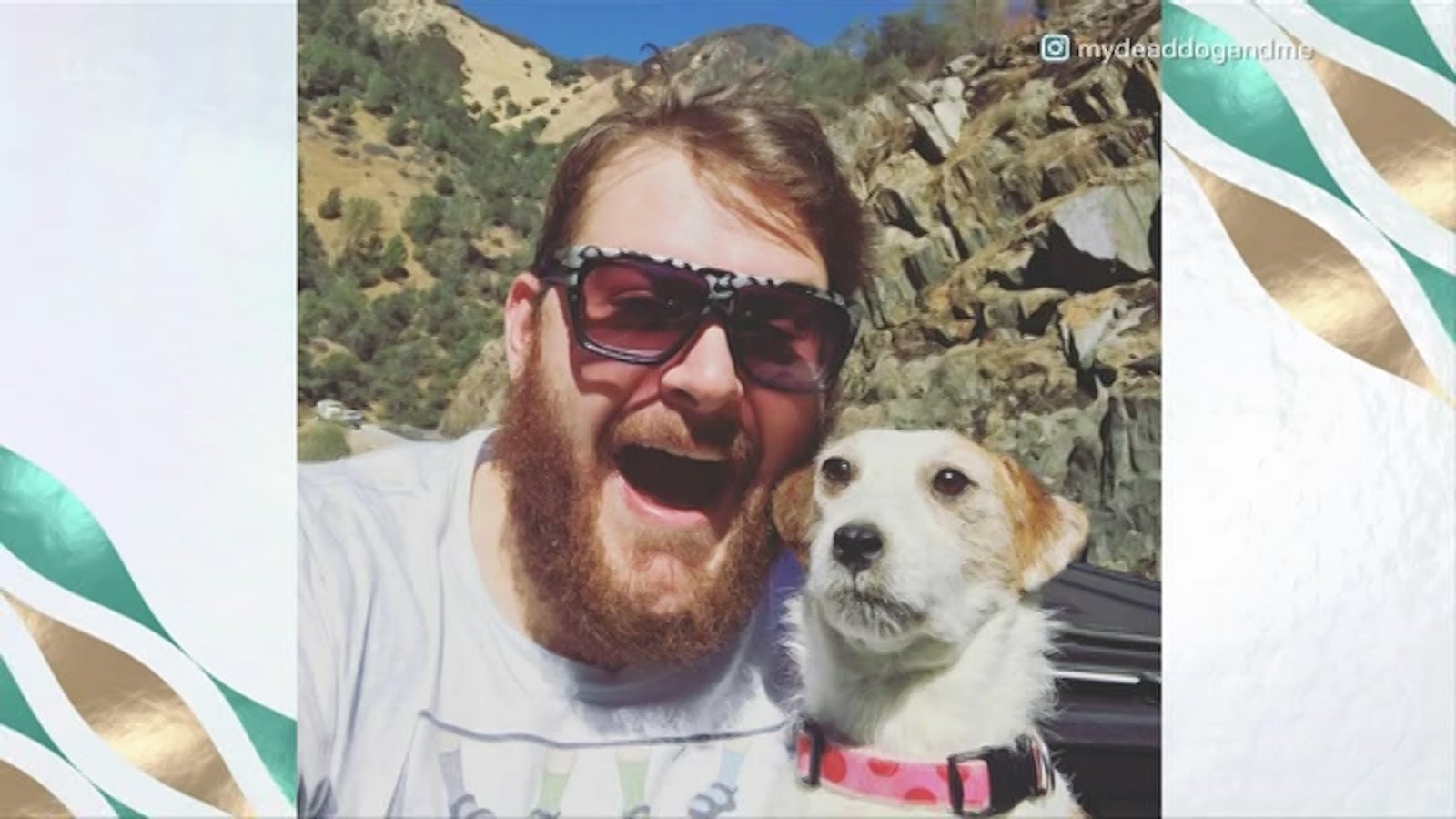 The stuffed terrier shot to stardom in 2017 when a photo of Mitch’s car went viral. The dog could be seen in the passenger seat of his car with a sign that read ‘Don’t worry, the dog is already dead. She’s taxidermied. Please don’t break my window.’

Today, Mitch and his new girlfriend, Jamie, joined Philip and Holly on ITV’s This Morning from Oregon, after they coupled up during the pandemic thanks to the preserved pup.

Mitch began online dating, and used a photo of himself and Phoebe on his dating profile.

He told the daytime TV duo: “I had so many mixed reactions. Some people thought it was cruel, most people did think it was pretty hysterical but it’s always a mixed bag of reactions, especially on social dating when you advertise a taxidermy dog with you.”

But the taxidermy terrier didn’t put Jamie off dating Mitch - but Holly was interested to hear her initial reaction. 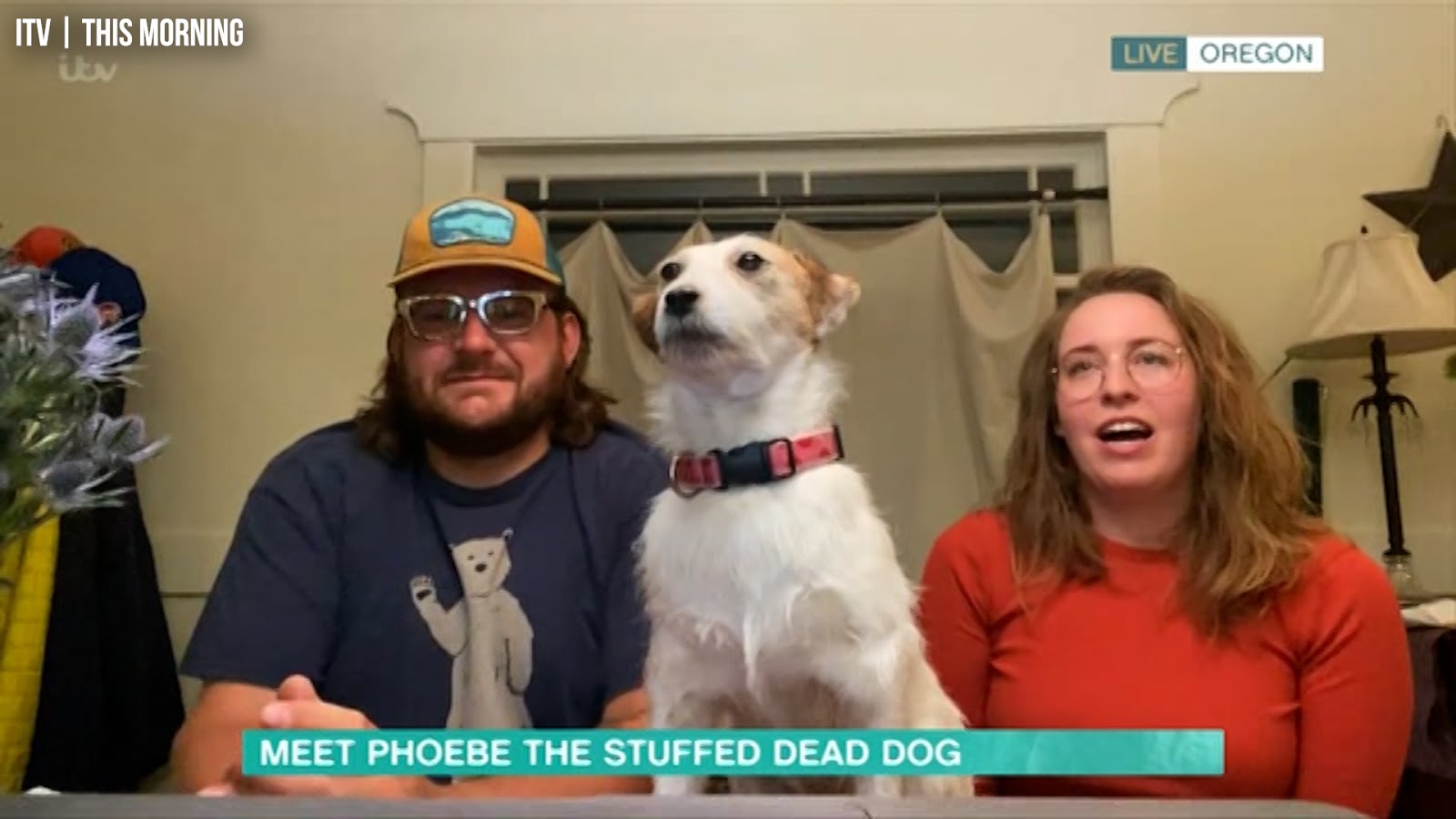 Jamie - who has a Husky called Nanook - said: “At first I wasn’t sure if it was a dead dog or an alive dog. She was cute either way! Once I realised that she was stuffed I thought it was hilarious. It made Mitch stand out!

“In lockdown you had to be selective with who you were going to spend your time with, and Mitch made the cut.”

Schofe joked: “You’re being selective who you pick, so you pick the guy who’s with the stuffed dead dog?”

Jamie fell for Mitch’s entertaining personality, and even introduced Nanook to Phoebe on a walk - which thankfully, didn’t end in Phoebe dying twice. 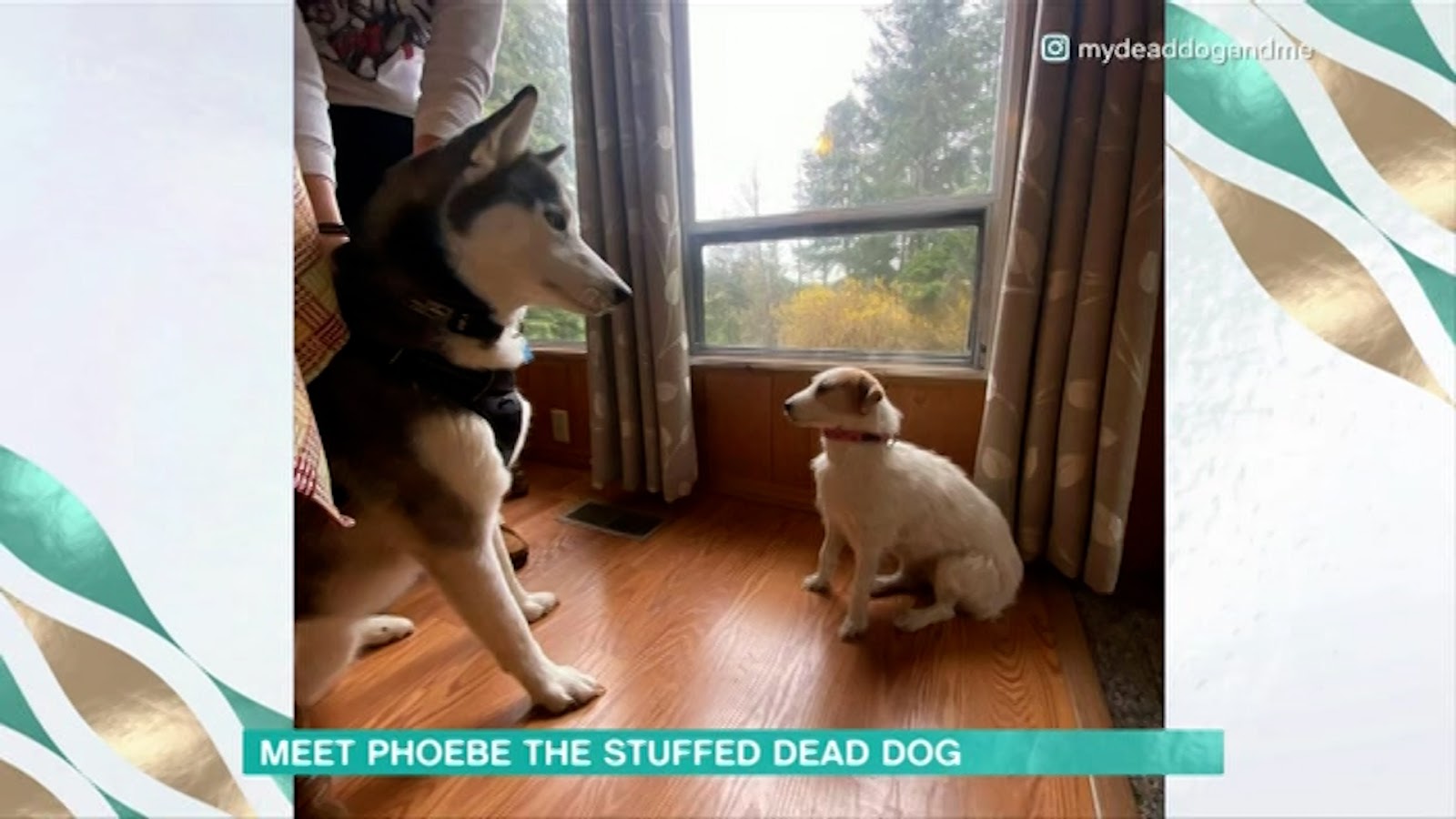 Holly asked Jamie if, when the time comes, she would have Nanook preserved via taxidermy.

She admitted she’d considered it, but was still 50/50 on the matter, adding: “My mum always joked about stuffing our childhood dog.So to see it happen makes it possibly a reality. Hopefully I have some years to decide!”

To which Holly responded: “You’d need a big freezer!”

But the big question is - would you have your dead dog stuffed?