Molly had a special lead to warn she was nervous

Molly the German Shepherd used to be so nervous when she lived in London that she had to wear a special collar, see a dog behaviourist and use pheromone-based calming product every day.

She was a huge worry for owners Aby and Moya, who did everything they could to help their anxious dog.

Then they moved from their downstairs city flat to a house in the Cornish countryside, and Molly underwent a dramatic transformation. In her new surroundings, she is calm enough to meet people without growling, no longer needs her daily Adaptil dose and even goes kayaking. 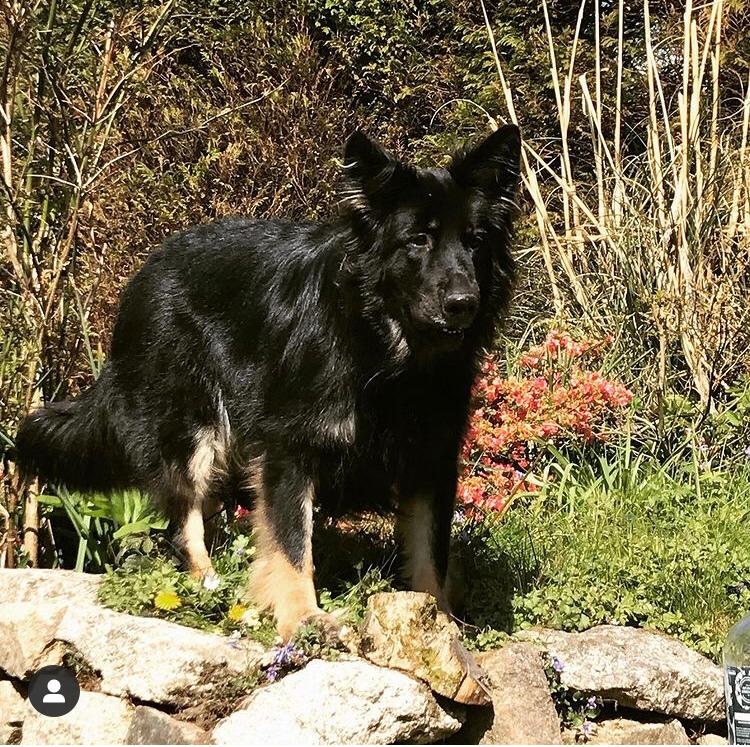 Adjusting to her new home in the country

The photos here show Molly doing things that might seem unremarkable in any other dog but which she would never have been able to do before moving to the country.

“She needed space,” says Aby. “The key thing for her is that she has to know she can escape if she needs to. In London, the density of the population was the problem – we couldn’t ever find anywhere quiet enough for her.”

Aby and Moya bought Molly at eight weeks from a breeder.

“What we didn’t realise until later is that she was showing signs of anxiety from the day we got her because she would take herself away under tables, chairs and so on,” says Aby.

“We were not listening to her low-level behaviour and so it escalated. She would bark at everything. Walking down the street with her was hard in London. She would refuse to go out. We would put her lead on and she would lie down. She wouldn’t go out unless both of us went with her. Even the rustle of a bag would make her nervous.” 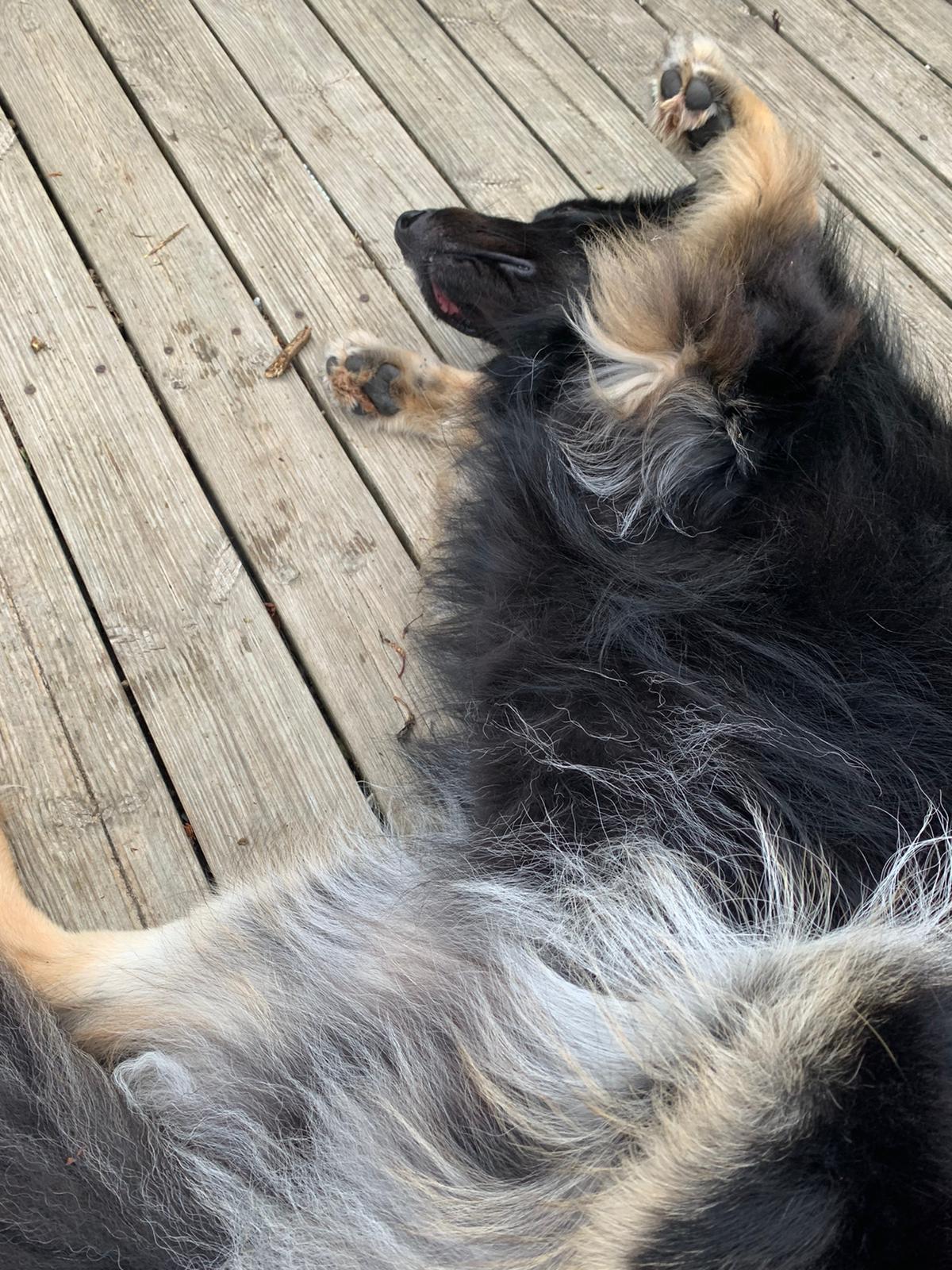 Molly was good with other dogs but often scared of humans. She would react to any noise of neighbours on the stairs. Aby and Moya used Adaptil on a daily basis to try to calm Molly and gave her Zylkene on difficult occasions – Aby says they didn’t want to use the more powerful drug too often because it builds up in the system.

She needed a combination of sedatives to go to the vet.

One difficulty in London was that people would often come up and want to stroke Molly. Aby and Moya got a bright yellow lead with ‘Nervous’ printed on it so people would keep their distance.

They consulted a dog behaviourist to try to get to the root of the problem. While this helped them understand her better and learn her strategies, it didn’t solve Molly’s nerves.

The first sign of Molly’s breakthrough came when they visited Moya’s sister, who has an extremely spacious living room. 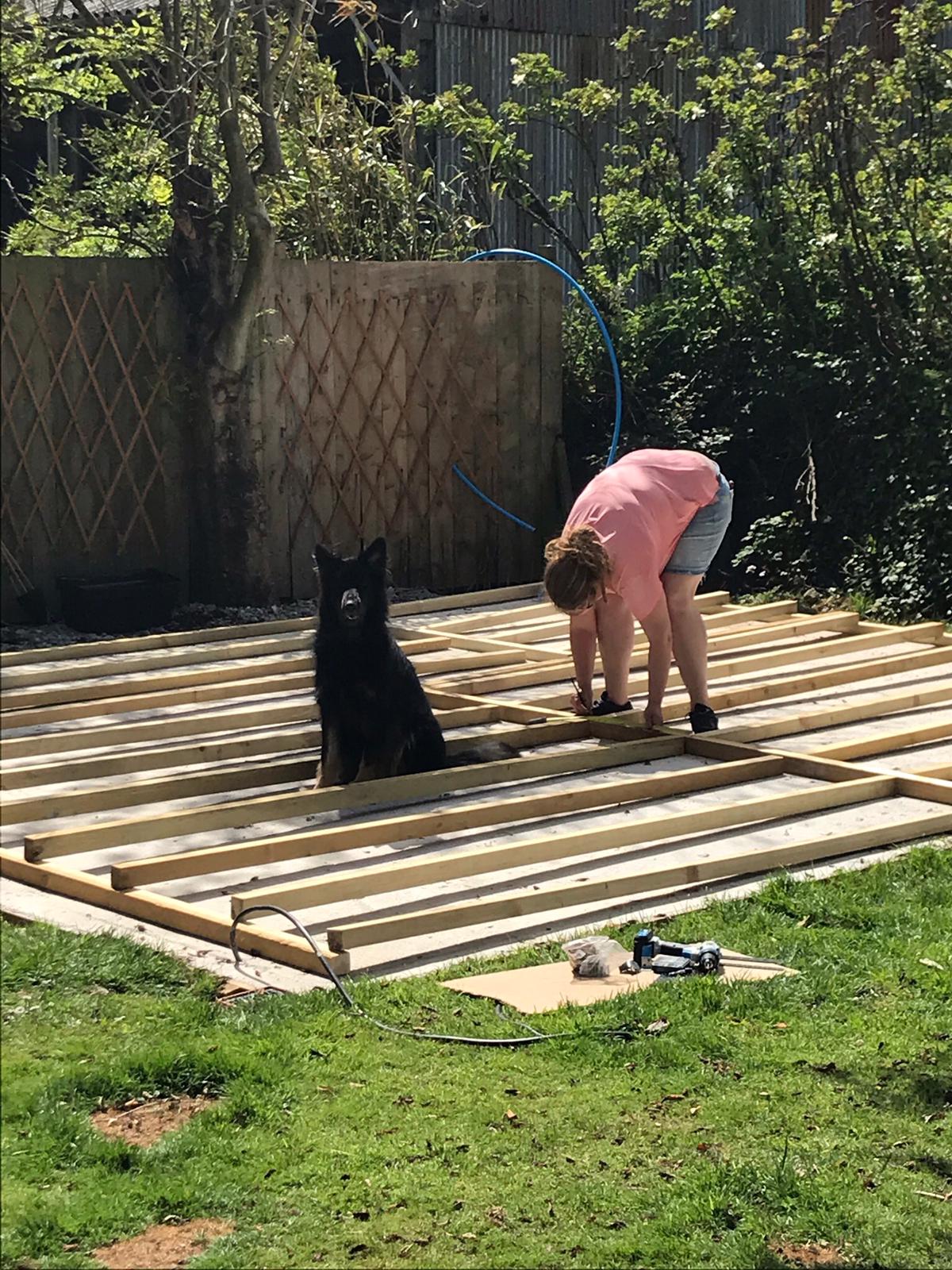 Happily sitting despite the building noise around her

“She was less reactive in that bigger space – she knew she could go to the other end of the living room and that made her calmer,” says Aby.

They have now moved to the countryside near Falmouth and Molly is a different dog.

“There’s no-one here except family, and she’s a lot calmer and more accepting,” says Aby. “We’ve had people here to visit who we know she doesn’t like and, although she will bark at them, it’s not nearly as intense. She went in and out of the house and was really very good. 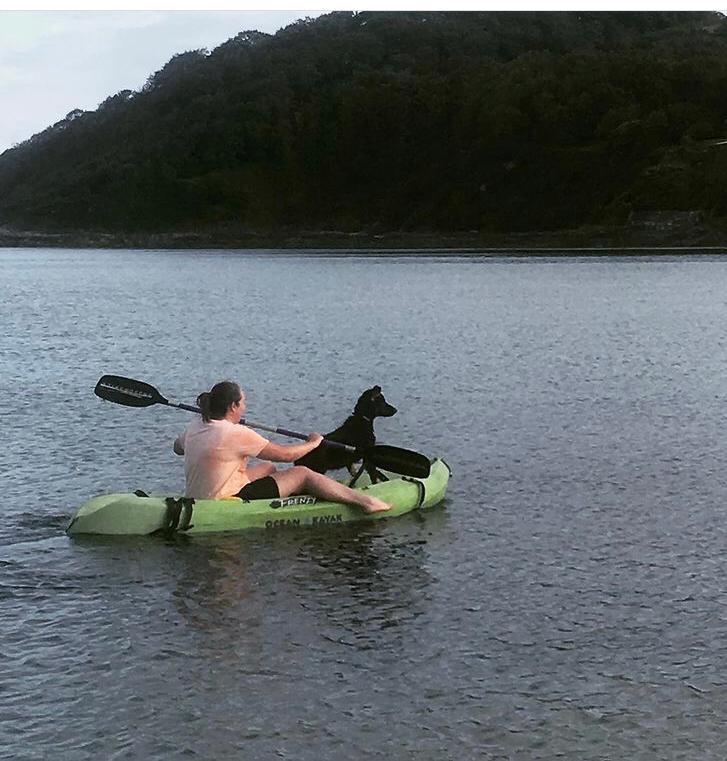 Molly points the way on the kayak

“We’ve taken her on walks along tiny paths and met people coming in the opposite direction – she sinks into the hedge and looks at them as they pass. That’s a massive difference. Previously, she would have barked and howled and we would have had to get on our knees and wrap our arms around her to stop her being defensive, whereas now we just give her some praise to keep her on task. We say, ‘Good Molly, it’s okay, Molly,’ and that’s enough.”

While being in London was tiring, the trio are loving their new lives in Cornwall. Molly has made a friend in Aby’s mum’s Great Dane, Duke, who is a chilled influence and has taken Molly under his wing.

Molly has even taken up kayaking.

“She sits on the front of the kayak, and she’s still a little bit nervous but she loves being in the water and will jump off and swim back when she’s had enough,” says Aby.