And the winner of the Celebrity Dog of The Year Award 2021 is… Bear, the beloved pup of Made In Chelsea stars Ollie and Gareth Locke.

The adorable and super fluffy black Pomchi was up against some tough competition. He managed to beat the Duchess of Cornwall’s dog Beth, Tom Hardy’s pup Blue and Lorraine Kelly’s Border Terrier Angus, going on to snag the win from the jaws of Lewis Capaldi’s dog Frank (who came in third) and reality TV star Olivia Attwood’s dog Lola (second place).

READ MORE: Childhood pictures of the Queen with her Corgis and other dogs

Ollie wrote on Instagram on International Dog Day: “We have some BIG news!! We are SOOOOO proud of that little Bear man!!! Myself and @garethplocke are so excited to announce that our wonderful little superstar Bear has won the @bigdug Celebrity Dog of the Year Award 2021!

“After a funny old start to life having 4 homes by 17 weeks old, Bear became the longest running K9 star in Made in Chelsea (7 years and counting) people often stop us on the street who recognise him and want a cuddle (often before seeing us)– I LOVE that he has some official love from the nation!” The award is voted for by members of the public, 3,108 of whom voted for Bear. 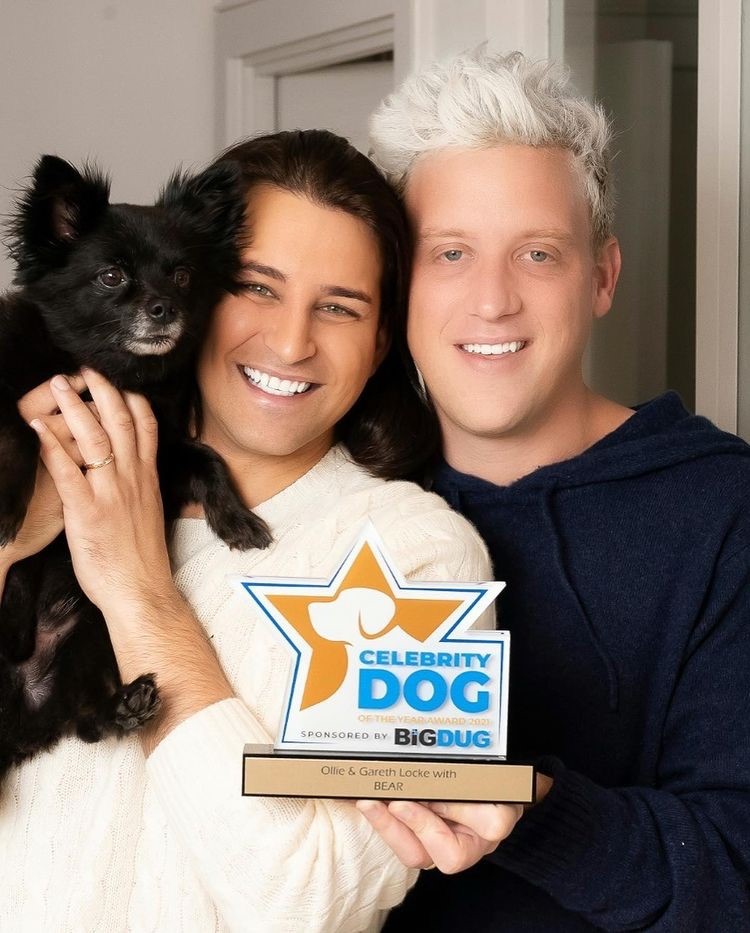 The Locke family added another member to its pack just over a month ago when they took in Aslan, a Long-Haired Chihuahua, now around seven months old. He’s also joined the Made In Chelsea cast too, and is sure to give Bear a run for his money in the Celebrity Dog of The Year Award 2022.

“Dog Day will always be Little Bear’s day (Aslan time to step up to the mark),” wrote Ollie, who is currently on a surrogacy and IVF journey with husband Gareth. “God, imagine what we’re going to be like having children!!

Gareth meanwhile said on Instagram: “Myself and @ollielockeworld are absolutely thrilled with the news that our gorgeous dog Bear has won the @bigdug Celebrity Dog of the Year Award 2021! 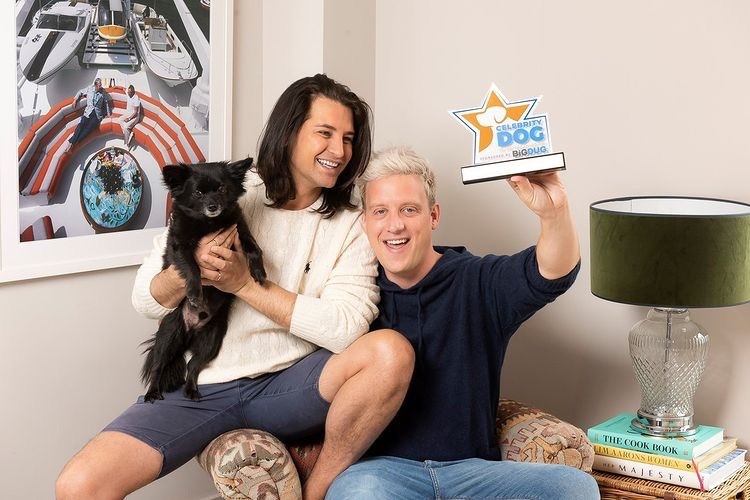 “Bear has gone from a rescue dog to a TV star and now is officially an award winning pet and we couldn’t be prouder! Thank you to every single one of you who has voted and supported Bear over the years, this is definitely the icing on the cake! Huge thanks to BiGDUG for the award and photos - Bear is enjoying being the centre of attention!”

Polly Maclennan, public relations manager, at hosts of the award BiGDUG, said of Bear’s success: ‘’We’re extremely pleased to be crowning Bear with our Celebrity Dog of the Year Award, 2021. It was a close call between Bear and Olivia Attwood’s dog Lola, and there were points where we really weren’t sure who would win.”

She added: “We think Bear is a very deserving winner.” As do we. Congratulations Bear!