PC Rob Mountford joined the police force more than 20 years ago with the dream of becoming a dog handler.

After 17 years at Staffordshire Police as a response officer and a neighbourhood beat officer in Fenton, Rob became a dog handler with the Dog Support Unit in January 2017.

He said: “I joined the police aspiring to be a dog handler from the off.

“Having grown up around dogs – my mother used to compete in obedience and agility with dogs and runs a dog-grooming business – I loved the idea of being out catching criminals with a police dog.” 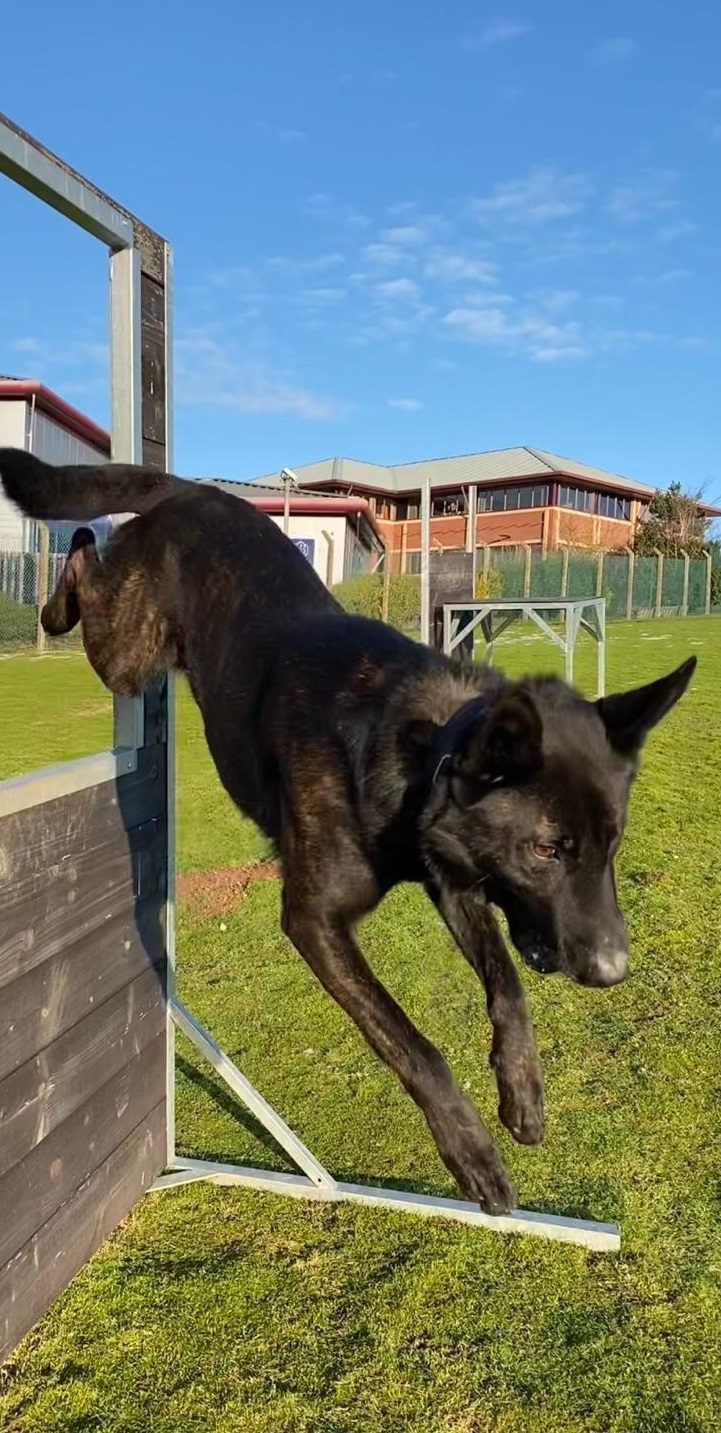 Rob has handled four-year-old PD Tiger, a Dutch Herder/German Shepherd cross, for around 18 months. Tiger is a general-purpose dog, who gets involved with a variety of incidents from helping to search for missing people, investigating burglaries and vehicle pursuits, and policing football matches. They are also part of the firearms team.

Rob said: “General-purpose dogs are really versatile and are able to assist in so many situations. Basically, anything to do with finding a human or something a human has touched and they can help. Tiger is also trained to chase and detain fleeing offenders and protect himself, his handler and others.”

His other police dog is PD Archie, a five-year-old black Labrador. Archie is a pro-active drugs dog and Rob has handled him for three years. He usually helps with warrants, searches of vehicles during stops and hunts across open areas for drugs, cash, firearms and ammunition.

Rob continued: “My favourite job so far with PD Archie is when I was called to search an address after a vehicle search where a small amount of drugs and cash were located. We believed the suspect might be dealing drugs. We went to the house and Archie signalled on a large old-fashioned casement speaker. He was adamant there was something in the speaker and when we removed the wooden panel off the back it was stuffed full of thousands of pounds in cash.

“He also located a football-sized ball of Class A drugs hidden in a hole underneath a dismantled metal shed.” 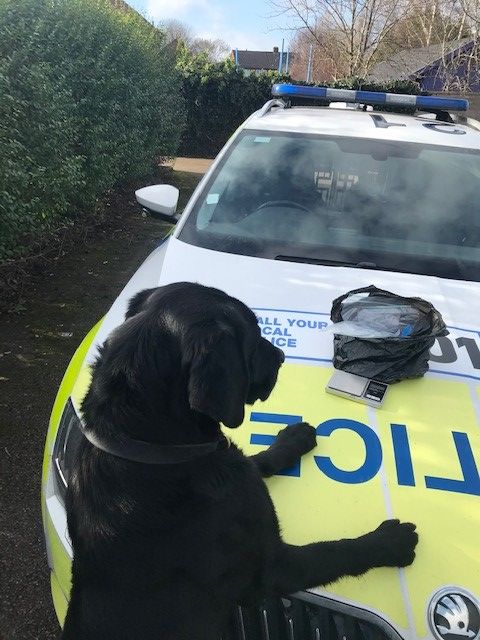 Any officer who has completed their probation period can apply to be a dog handler and the process involves an interview and an assessment and exam. Officers will learn about the specialist equipment that is used, including bite bars, bite sleeves and bite jackets.

Dogs live with the officers at home and they generally have two dogs at a time. It is a dog handler’s responsibility to look after their canine colleagues and make sure they are disciplined in their duty and in peak physical condition.

Rob added: “I adore the time I spend with PD Tiger and PD Archie. They have such great personalities.

“Being a dog handler is a unique job unlike any other within policing – it’s a vocation and a partnership between dog and handler that lasts 24 hours a day, seven days a week. It’s a very challenging and demanding task that involves a lot of work in your home life with the dogs but it’s also a very rewarding role.”