At TeamDogs we’ve shared some remarkable stories about hero dogs - but Abel, a guide dog who didn’t let his own blindness stop him from doing his duty, is one of the best.

Golden Labrador Abel and his owner Ken Williams would regularly be seen commuting from their home on the outskirts of Cardiff in south Wales into the city centre in the mid-1970s.

But unbeknown to Ken, seven-year-old Abel was also slowly losing his sight.

However, the faithful old guide dog barely put a paw wrong as he led his master through the city streets on his well-remembered route. 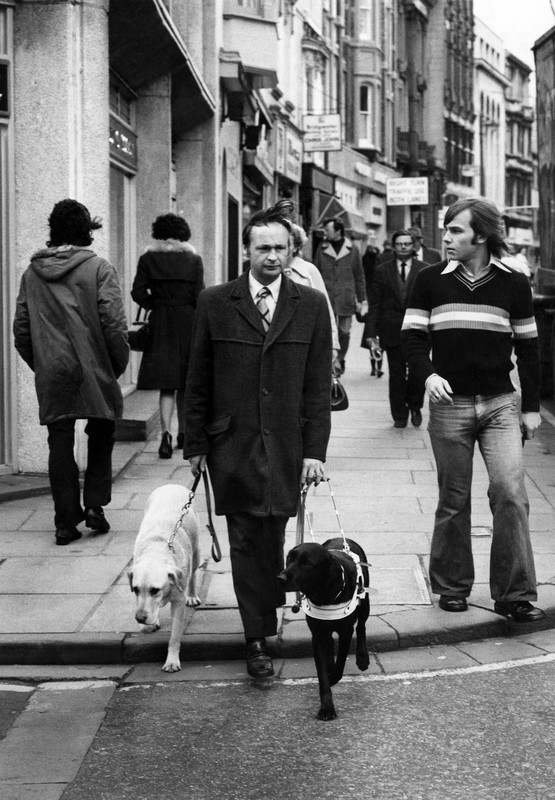 Sometimes Ken noticed that Abel seemed to be a bit late in avoiding other people on the pavements, but he never suspected the truth.

Every day, without fail, in rain or shine, Abel guided Ken safely from his home to work, a journey which involved crossing three side roads and a main road into a station where they caught a train.

Once Abel’s condition was realised, the Guide Dogs for the Blind Association arranged a replacement - Gay, a two-year-old black Labrador bitch.

But Ken wasn’t prepared to give up Abel entirely after his medical retirement, so while Gay took over the regular office commute, the trio would go for walks after work with Ken and Abel being led by Gay.

The Daily Mirror pictured Gay in her guide dog harness leading Ken and Abel across a street in 1974.