Cooper in isolation at Bath Vets (credit: My Family Vets)

A family that was already coping with a cancer diagnosis endured more anguish after their Spaniel puppy Cooper nearly died of parvovirus.

The potentially fatal disease is on the rise, according to My Family Vets, with a surge partly due to the lockdown puppy boom and a 45% increase in pet owners not keeping up with vaccinations.

Emergency service Vets Now recorded an 82% rise in suspected cases in the first five months of 2021, compared with the same period last year.

Now Cooper’s owner, Stephanie, 34, a hospital worker, is urging owners to make sure their pet is vaccinated and to seek help straight away if they see their puppy becoming unwell. 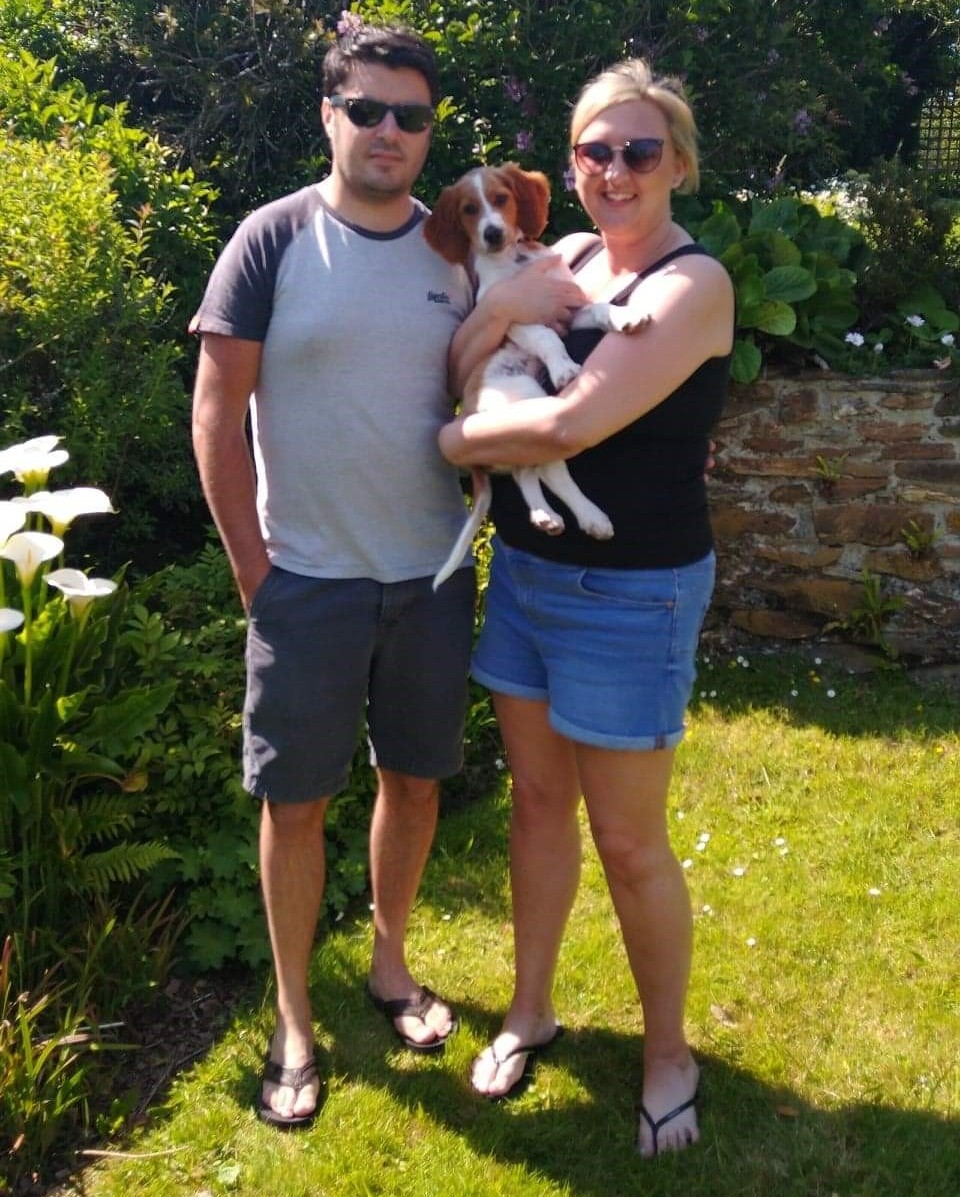 Stephanie and David Wilkins with Cooper (credit: My Family Vets)

While Cooper appeared to have vaccination records, these later turned out to be fake.

Stephanie and husband David got Cooper for children Scarlett, James and Sebastian.

“I’ve been dealing with breast cancer for the past five years,” said Stephanie.

“It has come back, and I’ve now been told it’s incurable, so we’ve had a lot to deal with as a family. We wanted to have something positive to focus on for the children and Cooper is our first family pet.”

Nine-week-old Cooper was advertised online in Wales for £1,400. Despite conducting checks and visiting the pup at home, the family later discovered they were victims of an elaborate puppy farm scam.

A subsequent visit by the RSPCA found the supposed home address of the breeder had merely been rented to dupe buyers. 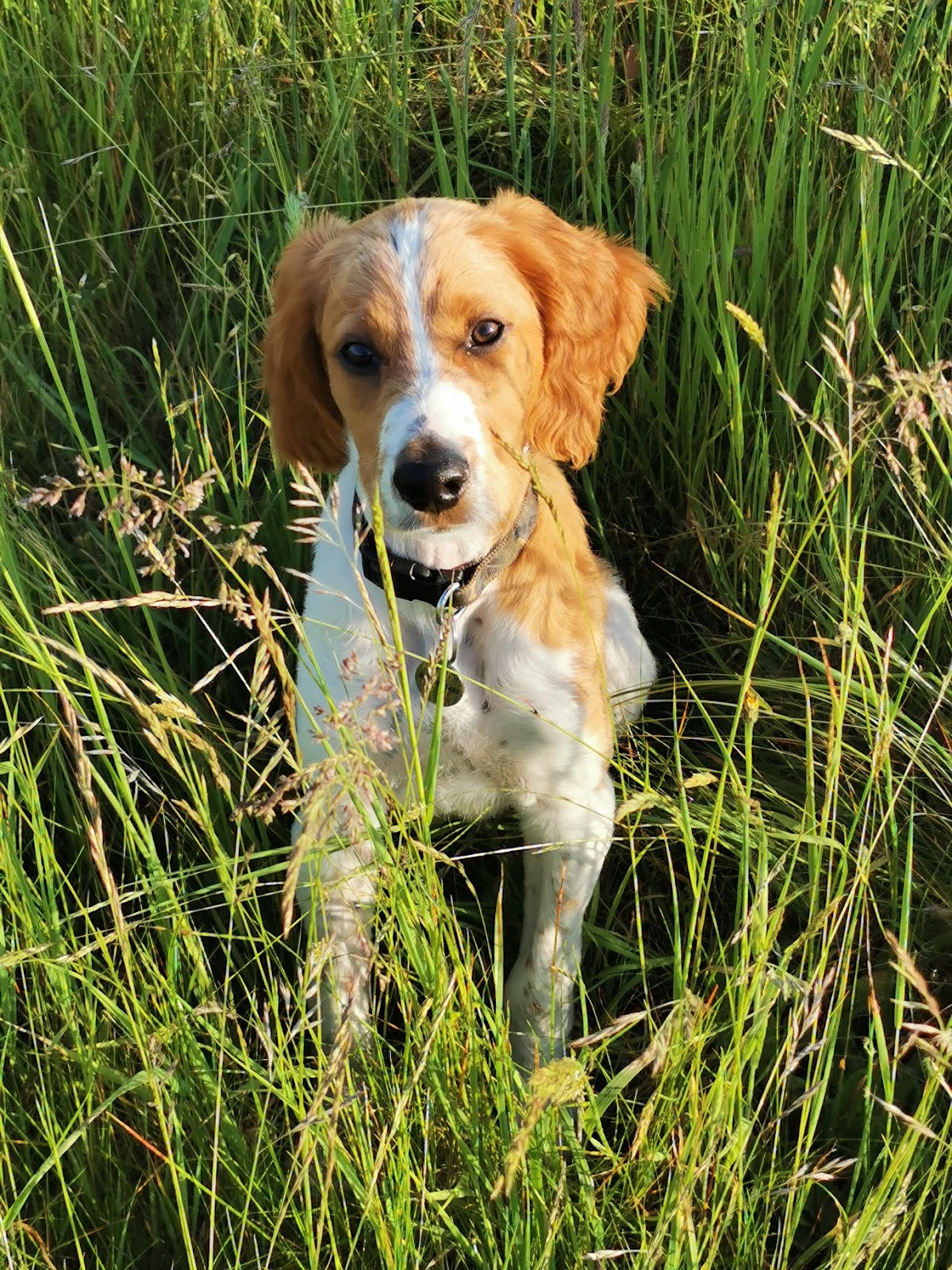 When vets checked the vaccination record, they saw it had one vaccine sticker but no date or signature.

“He became really quiet and wouldn’t eat and when he started having bad diarrhoea, we knew we had to get him help,” says Stephanie, a hospital worker.

They took Cooper to Bath Vet Group, part of My Family Vets, where he was diagnosed with parvovirus. 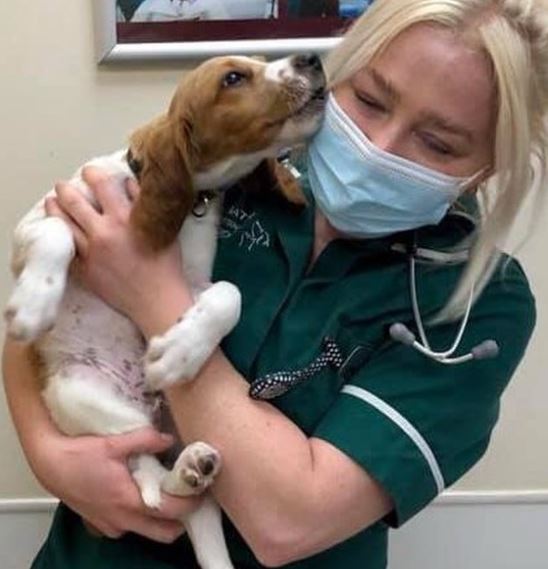 With vet nurse Fran at Bath Vets during a check-up (credit: My Family Vets)

The treatment is intensive and there was only a slim chance of him pulling through, but thankfully, Cooper made it.

“When I went in to see him, he looked awful, as if he just wanted to die and I didn’t want him to suffer,” Stephanie said.

“But every time he got really bad and it looked as if every hour might be his last, he would stabilise again. He’s a real little fighter and I know everyone at Bath Vets took a shine to him and were willing him on.” 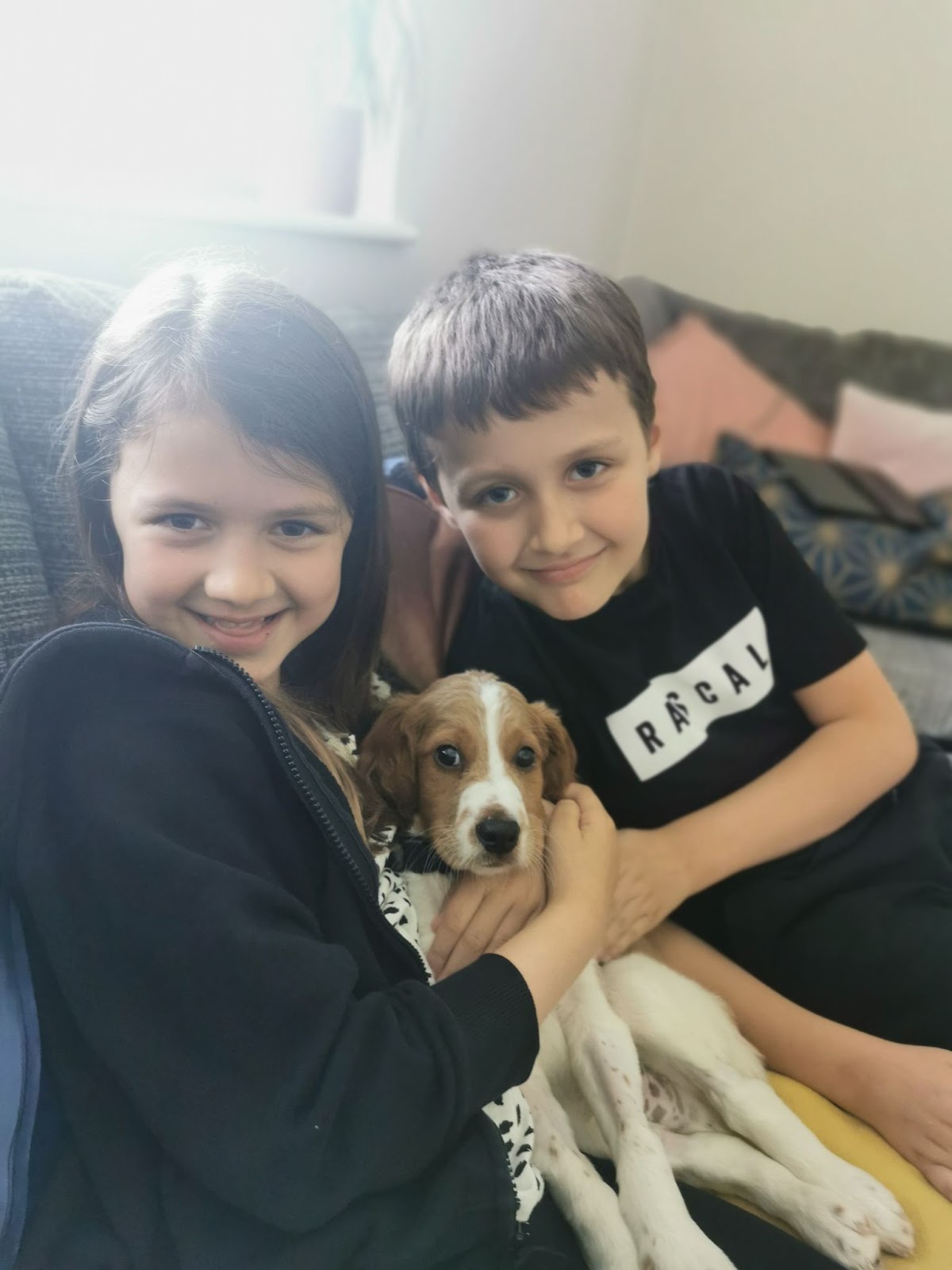 Vet Giulia Grenga, from Bath Vet Group, says: “Cooper is really lucky to have recovered from parvo, which can often be fatal.

“Sadly, over lockdown, there has been a surge in parvo cases in the UK despite there being an effective vaccine available. We urge everyone to beware of unscrupulous breeders taking advantage of increased demand for pups. And to ensure your dogs, whatever age, are up to date with their annual vaccinations.”

What is parvo and how to protect your dog

The signs of parvovirus include lack of appetite, extreme tiredness and fever, followed by sickness and diarrhoea 24 to 48 hours later. Parvo damages cells inside the small intestines, weakening the dog’s ability to absorb nutrients.

It can be spread through dog-to-dog contact, infected faeces or be picked up from surfaces such as bowls or leads. It can be passed from human hands and clothing and even spread by cats.

While puppies and older dogs are most vulnerable to the disease, healthy dogs are also at risk.

Early treatment will improve your dog’s chances of survival, so take them to the vet without delay.

Puppies receive their first vaccination at 6-8 weeks, with a follow-up two weeks later. Dogs should then receive regular injections to top up. Regular vaccination is required by kennels and pet insurers.

However, the vaccine is not 100% effective. Streatham Hill Vets, in south London, issued a warning this week that, while parvovirus in dogs is usually preventable, they’ve seen the disease even in vaccinated dogs. They said they were unsure if this was due to increased numbers of puppies, inadequate vaccination at the breeders or a new strain of the virus.

Seek immediate veterinary advice, therefore, if your dog shows symptoms of parvo – even if their vaccination is up to date.