A misunderstood Malinois who bit four people has been re-trained by police - and is set to be rehomed!

Three-year-old Tina was saved by Northamptonshire Police officers after she was seized from her owner.

The Belgian Malinois - a breed the police force regularly work alongside - bit a member of the public in 2019. The following year, she was removed from her home after biting another civilian and two police officers.

But it became clear at the police kennels that Tina had lacked early socialisation, and witnesses of the second incident reported that the pooch was often left on her own for long periods of time.

PC Eva Horn, Northamptonshire Police’s Dog Legislation Officer, said: “Tina was terrified when she first came in and our kennel staff had to work tirelessly to gain her trust.

“It can take a dog a couple of days to get used to a kennel environment, but it became evident that Tina was more than just a little nervous. She was terrified of a human’s touch and did everything to avoid contact.

“She would cower in the corner of her kennel, bark and snap at the air if we tried to approach her and she kept cowering and looking away, trying her best to hide from the world.” 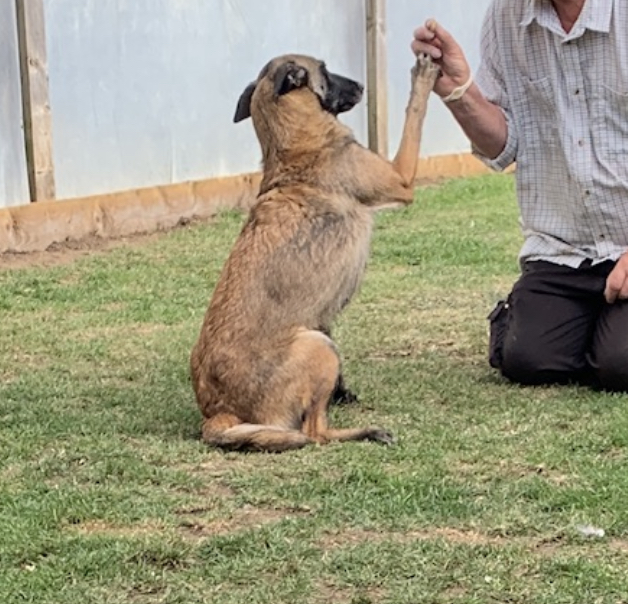 But the kennel staff persisted and spent tireless hours making an attempt to bond with the petrified pup. She underwent a bespoke training program to help her learn to socialise with others, and Tina soon began to thrive.

Eventually, she learnt to trust her handlers and the team saw an incredibly affectionate dog behind her insecurities. She was even introduced to the Police Dog Handlers at Northamptonshire Police to acclimate her to dealing with strangers.

The force tweeted a series of photos of Tina in training, including an adorable photo of her carrying her comfort blanket, showing her sensitive side. 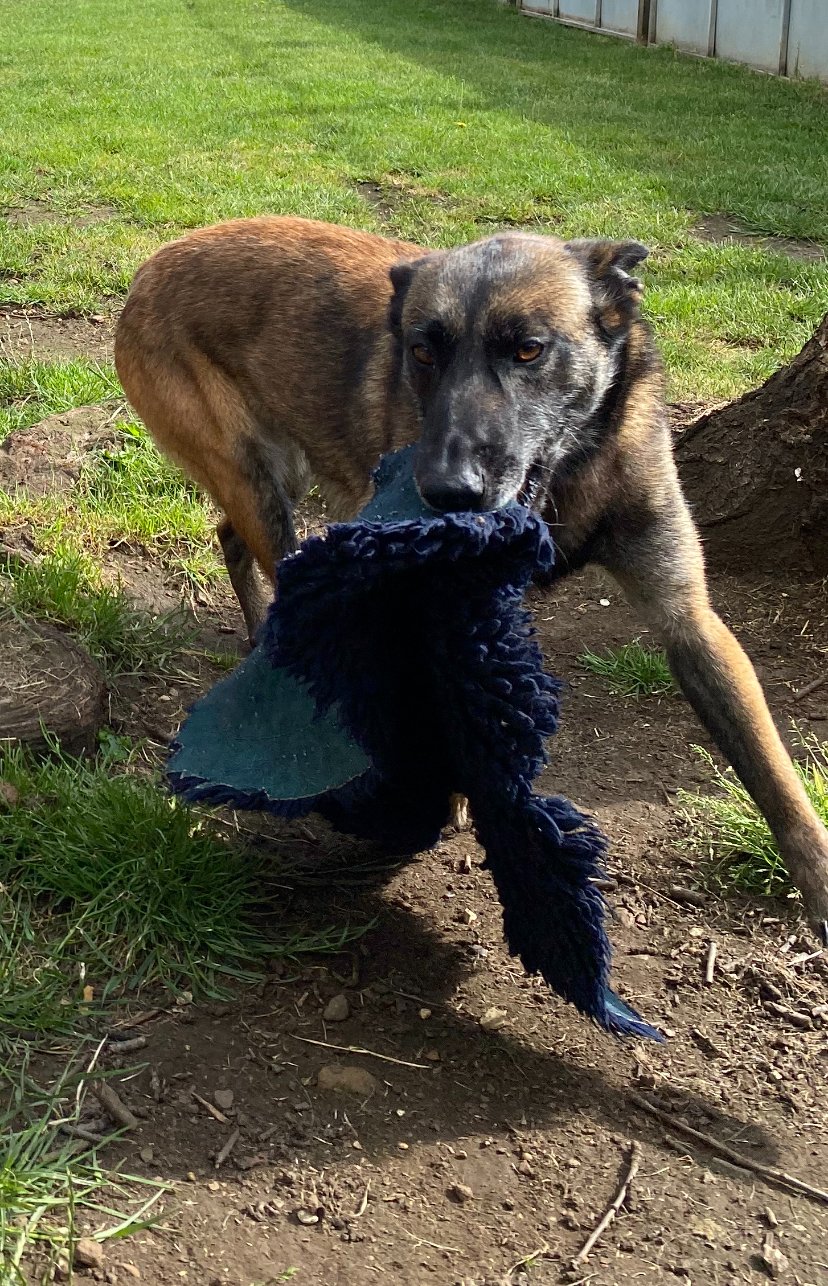 Image: Tina with her blanket

Now, a rehoming charity has since agreed to take Tina in and find her the perfect forever home.

PC Eva Horn continued: “Tina is incredibly intelligent and now loves spending time with all her handlers. She has really come out of her shell and is now a bouncy, sweet girl, who loves to play.

“Tina is as intelligent as she is affectionate. We will be sad to see her go but we are all excited that she gets a second chance in a loving home that will have the time for her. We all wish her all the best.”

Komedera pleaded guilty to four offences under the Dangerous Dogs Act 1991, and on June 18, 2021, was sentenced at Northamptonshire Magistrates’ Court to 52 weeks in prison. He was also banned from keeping any dog for life.