Did you know dogs have a patron saint - and his name is St Roch? | TeamDogs

With more than 10,000 saints recognised by the Catholic Church, it’s no surprise that there’s a patron saint of dogs. His name is St Roch (pronounced ‘rock’), or St Rocco, and his feast day falls on August 16 - or September 9, in some parts of Italy. For over a hundred years after his death St Roch was a relatively minor figure, but all that was to change during an outbreak of the Black Death that swept Italy in the 15th century.

Celebrated as one of the Plague Saints who brought healing and aided suffering, St Roch’s fame spread across Europe and even reached as far as Scotland - the old parliamentary constituency Rollox in Glasgow comes from ‘Roch’s loch’, where a church dedicated to the saint once stood. 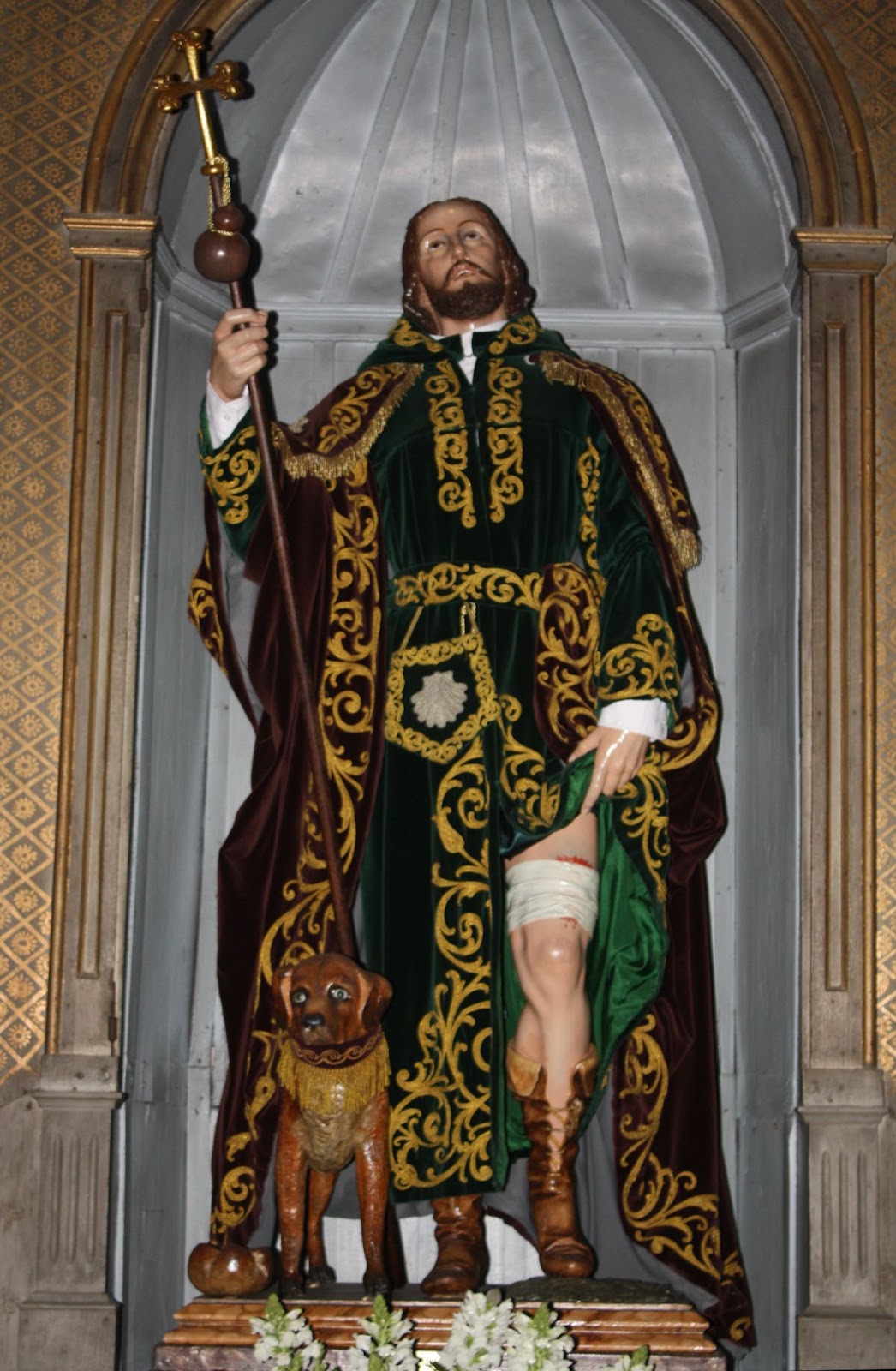 St Roch was born in Montpellier, France, to a noble family. According to The Golden Legend, a 13th century catalogue of saints, as a youth St Roch was devout and did good deeds. Following the death of his parents when he was 20, the young man gave away all his worldly possessions and set out on a pilgrimage to Rome, tending to the sick in the places he visited along the way.

He arrived in Italy to discover a terrible plague raging. Unafraid, St Roch helped those in need and ministered to the victims struck by the epidemic. It was said that he performed miracles and saved many lives, but eventually the toll of caring for the sick meant St Roch became ill himself. The ungrateful townsfolk of Piacenza chased him into a forest to die. 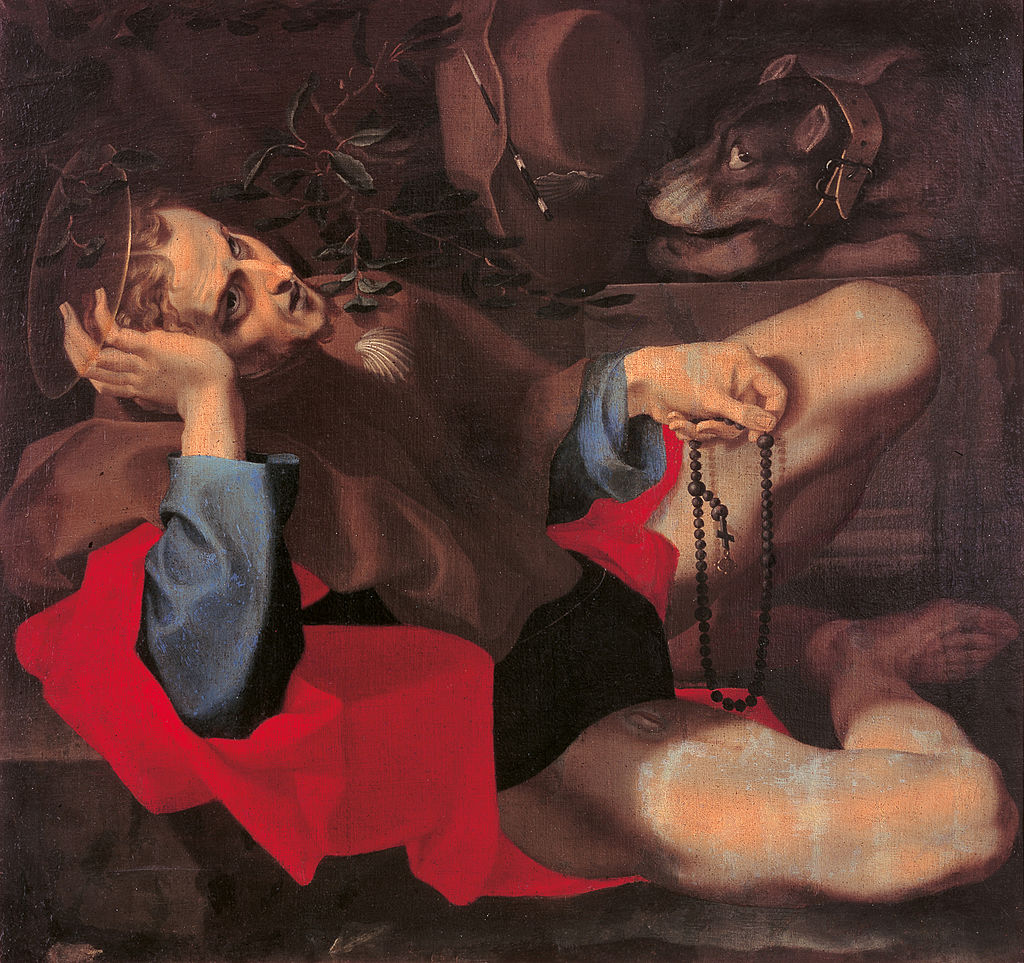 Rescued by a devoted dog

The Golden Legend recounts that an angel led St Roch to a spring so he could drink fresh water - but the holy man wouldn’t have survived without the help of a dog. The sources don’t tell us the dog’s name, but we know it was the favourite hunting hound of a local nobleman, Count Gottardo Palastrelli. This devoted doggy stole bread from its master’s table and carried it to the hungry saint. The legend also tells us that the dog, blessed by God, licked the buboes (sores) on St Roch’s body caused by the plague and healed him.

Once recovered, St Roch and his canine companion headed back to Montpellier. His uncle was now the governor of the city and, not recognising his own nephew, ordered St Roch to be thrown into prison on suspicion of being a spy for the Italian states. Rather than reveal his true identity, which would have meant retaking his place in high society, St Roch stayed in jail for five years, quietly healing the sick who came to visit him.

St Roch died on August 16, 1327 - the date that today marks festivals in his honour in his native Montpellier, which holds a parade and exhibits several relics belonging to the saint; at Tolve in Basilicata, Italy, where a statue is carried in procession around the town, and at two towns in Tuscany - San Miniato and Figline Valdarno - where a horse race takes place over several days in celebration of the saint’s life and deeds. 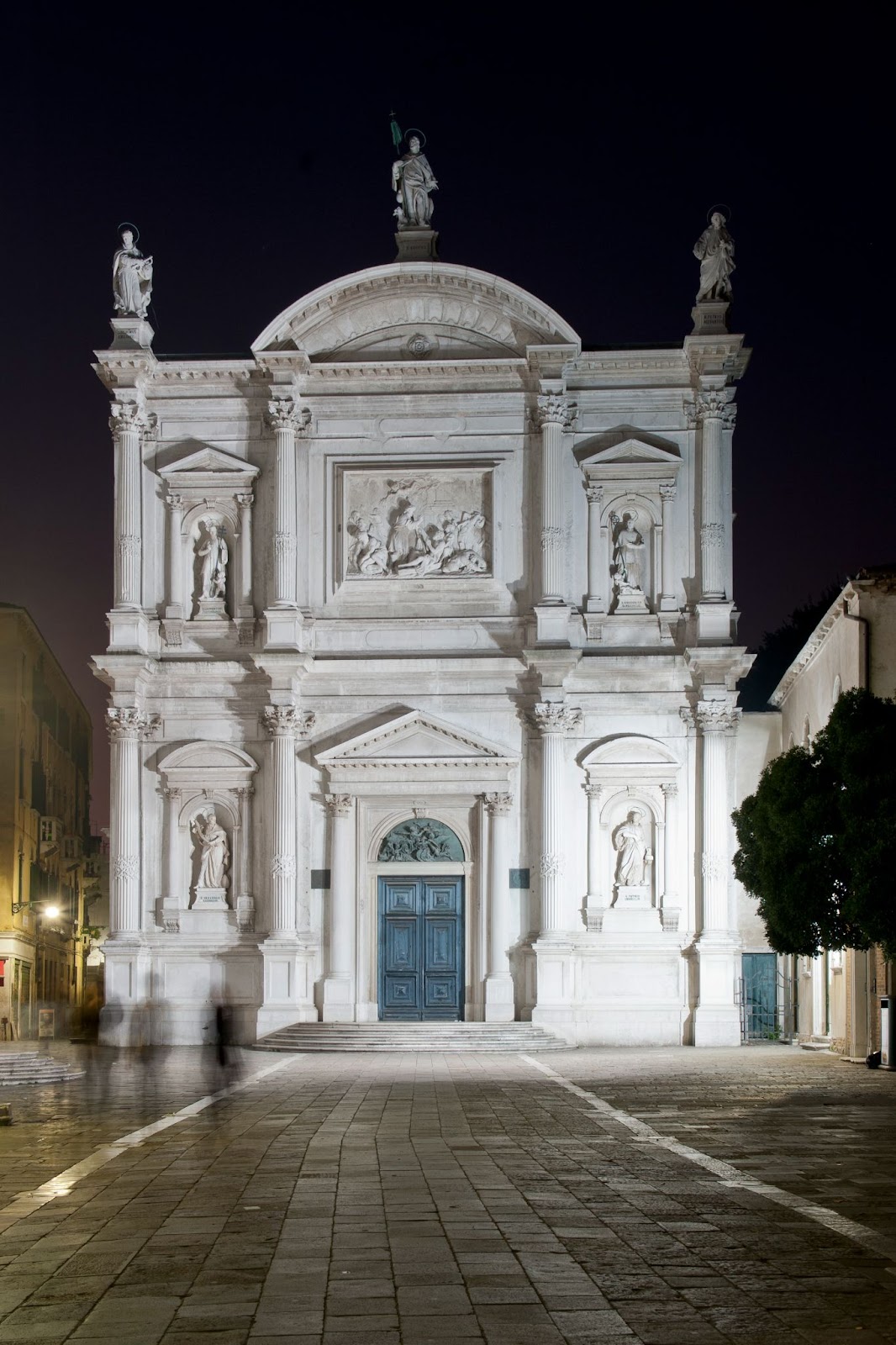 The Church of San Rocco in Venice (credit: Getty Images)

When the Black Death of 1477-1479 ravaged northern Italy and neighbouring Switzerland and Germany, people began praying to St Roch for protection. Statues and other artworks depicting the saint from this period show him accompanied by his dog, which sometimes has a round loaf of bread in its mouth, and pointing at the sores or lumps on his leg.

The saint’s intercessions apparently worked, and such was his popularity that the pope, Alexander VI, ordered a church and adjacent hospital built in Rome dedicated to St Roch.

But the authorities in Venice decided to go one better. In 1485 they stole the body of the saint from its original burial place and moved it to the extravagant church built especially to receive the holy remains. The Church and Scuola Grande display vast artworks by the Venetian artist Tintoretto illustrating the life of St Roch - including the dog bringing bread to save the saint’s life.

Today, St Roch is the patron saint of dogs, invalids, and the falsely accused. Special prayers can be offered to the saint if your beloved pup is ill or lost.

The Covid-19 pandemic has seen renewed interest in St Roch in his role as a healer, and with growing evidence that dogs are able to detect the coronavirus, we at Team Dogs think the saint’s loyal hound is just as worthy of a halo.