Had she lived, Diana, Princess of Wales would be 60 on July 1. Her death in 1997 stunned the world and left an irreparable hole in the middle of the royal family that is still felt 24 years on.

While many of us find comfort in our pets when the worst happens - and Diana’s sons William and Harry are both now dog-dads - the princess herself had a mixed relationship with the dogs that came into her own life.

Although Diana was reportedly planning to get a Labrador shortly before she died to fulfil her lifelong dream to have a dog of her own, it was other four-legged friends who sustained her through childhood.

The princess is said to have developed a passion for animals as she was growing up on her family’s Althorp estate in Northamptonshire. She was reportedly so distraught at the thought of leaving Peanuts, her beloved guinea pig, at home when she was sent to boarding school at Riddlesworth Hall that it was allowed to come too, and Diana was made 'head of pets corner'. In 1972 Peanuts won the 'fur and feathers' section in the Sandringham show. 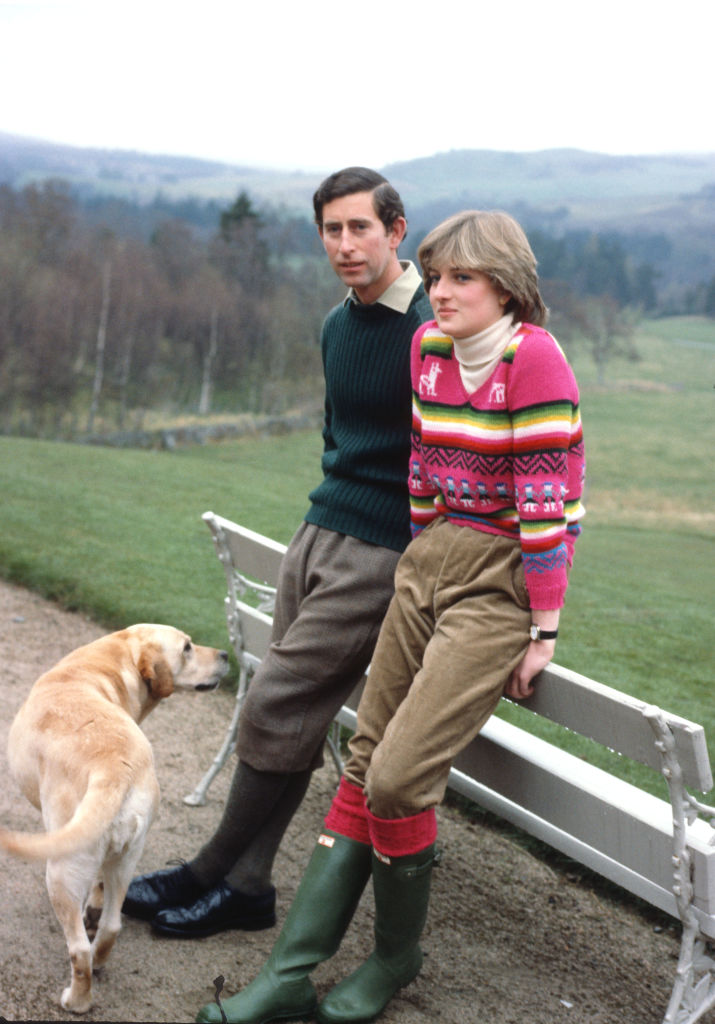 Lady Diana also had rabbits and a ginger cat called Marmalade as a child, as well as a Shetland pony named Souffle and, according to the book Diana: Her True Story: In Her Own Words, she was so enamoured with her pair of hamsters that she had a photo of them sat on her bedside table.

But being at boarding school meant Diana had no pet dog of her own, and her butler Paul Burrell last year revealed in an Instagram video that she was planning to rectify that just before she died.

“In her childhood, the princess had many pets, and she longed to have a dog,” Burrell said, adding: “In the last summer of her life, we had made plans for her to buy a golden Labrador, but that was not to be.”

However, it was another Labrador early in her relationship with Charles that reportedly caused one of the many disputes in their marriage.

Royal biographer Penny Junor, in her 2005 book The Firm, recounted how Charles was said to have made several concessions to try to appease the desperately unhappy Diana, even to the point of getting rid of his beloved dog Harvey. 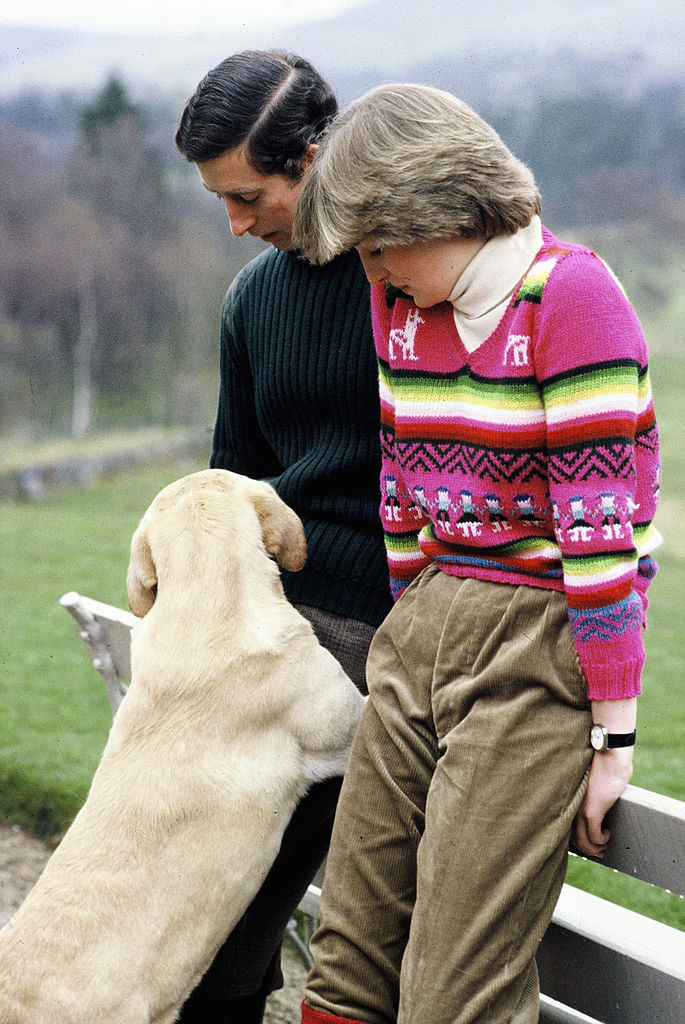 Junor writes: “He had cut out of his life the friends she disliked or of whom she was suspicious; good, loyal friends, some of them friends since childhood – and, in typical style, he took the easy way out and did it without telling them.

“He even gave away his faithful old Labrador Harvey because Diana thought he was smelly.”

Royal author Sally Bedell Smith also backs up the Labrador story, claiming: “Resenting anything associated with Charles’s previous life, she also insisted on getting rid of Harvey, his yellow Labrador, who was sent to live with one of the prince’s advisers.”

Charles and Diana married on July 29 1981 at St Paul’s Cathedral, with William born 11 months later and Harry in September 1984.

A family portrait of the four taken in 1986 at their Kensington Palace home shows a Jack Russell sitting calmly on Diana’s lap while William and Harry squirm between Charles’s legs. The couple separated in 1992, soon after the breakdown of their relationship became public knowledge, and divorced four years later. 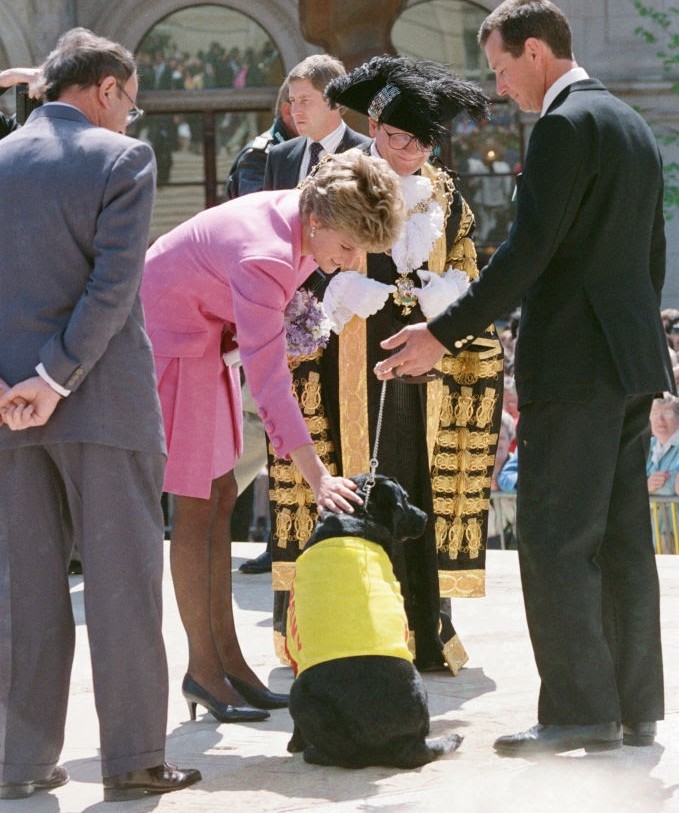 Burrell also revealed that at the weekends, Princess Diana would travel with William and Harry from Kensington Palace to Charles’s Highgrove home in Gloucestershire “with a hamster in a cage and two goldfish in a bowl squashed between them on the backseat”.

“William and Harry were eager to play with Tigger and Roo, the Prince of Wales’ Jack Russells, and to ride their pony, Smokey,” he recalled of the young princes.

Whether Diana’s jet-setting life in her later years would have left much space to care for her own dog we will never know, but her love of animals has been passed down to both of her sons.

William and Kate adopted a new puppy in 2020 shortly before the death of their beloved nine-year-old English Cocker Spaniel, Lupo, in November. 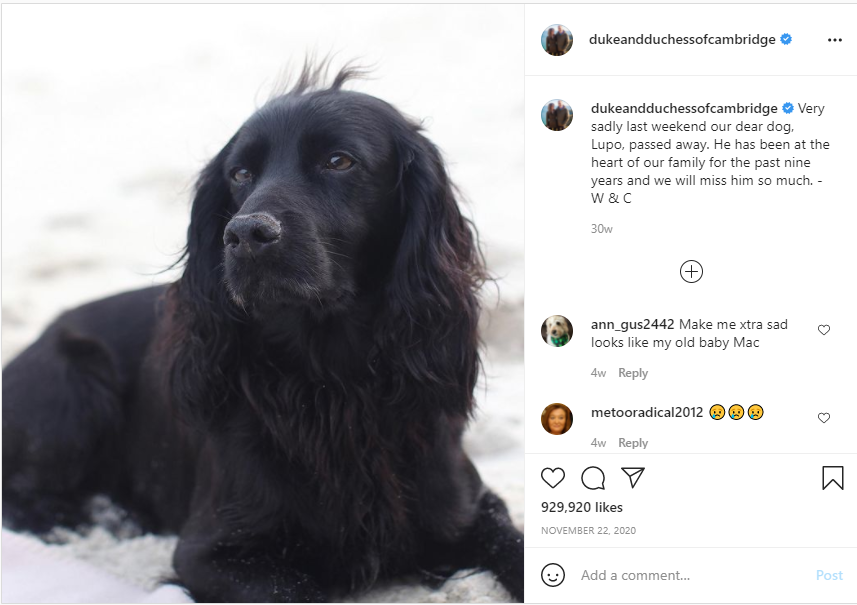 The name of the new pup has not been revealed, but it is Lupo’s nephew and was bred by Kate’s brother James Middleton, who owns Lupo’s sister.

Harry’s wife Meghan has long been a fan of dogs and has owned Beagle Guy since her days of filming US TV show Suits. Guy made the journey over to the UK with Meghan when she entered the royal family.

The duke and duchess also have Pula, a black Labrador who they adopted after they got married and is now living with them and their two children in California.