It was so difficult to choose the most talented dog in today’s Best Trick competition, but our TeamDogs judge had to pick a favourite.

Chocolate rescue dog Ronnie has won the Best Trick category, after starring in his own Western movie.

The Wild West pup has a talent for playing dead - while carrying a miniature yellow cowboy on his back.

Ronnie’s owner, Roger David Muñoz Arteaga, shared a video on our Facebook post that impressed us all.

He said: “A year ago Ronnie was at Dogs 4 Rescue and now here I am, starring in my own Western movie!” 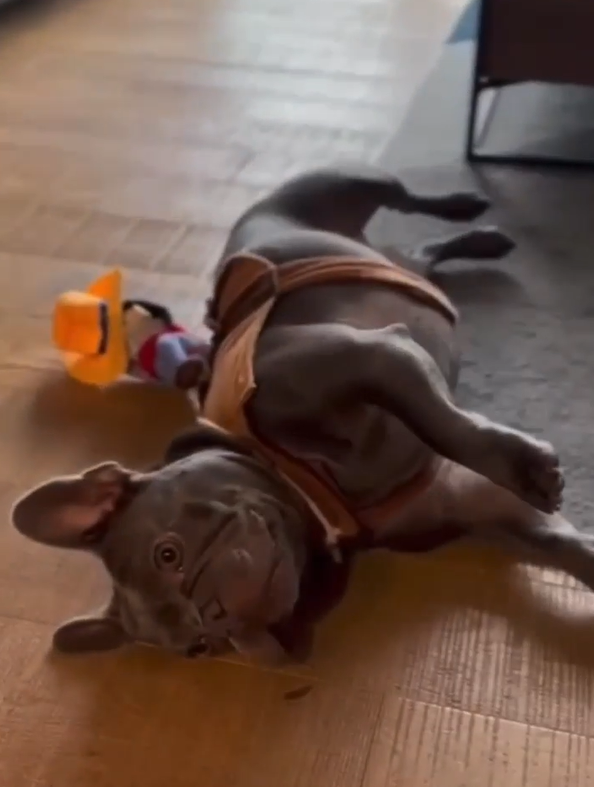 The footage shows Ronnie running towards the camera with Western music in the background.

You can hear a gunshot noise as Ronnie falls to the left with his paws in the air.

He lays very still on his side - as if he’s just been shot.

His performance is Oscar-worthy and most definitely deserving of our Best Trick Award.

She said: “He really looked the part, I felt like I was watching a movie and Ronnie was the star of the show!”

While Ronnie stole the show, there were so many other skilled contenders that wowed us. Here are 10 of the most talented dogs in our Best Tricks competition.

Once again, the fun doesn’t end here, because tomorrow we will be searching for dogs that look like their owners. Get ready to share your mini-mes on our Pictures of Dogs page.

May the best pup win!

READ MORE: Lola with the beautiful eyes is the winner of our first Dog Show award