We’ve all heard stories about people seeing the face of Jesus in their toast, or Elvis Presley’s likeness on a potato - but what about seeing your dog’s face in a cup of coffee?

For Pete Conway, that’s exactly what he found when he went to his favourite cafe for a cuppa last week!

The veteren entertainer - and father to chart-topping former Take That star Robbie Williams - posted an uncanny comparison photo to Twitter on Friday after the chocolate dustings on his hot beverage looked rather familiar.

He told his 10.9k followers: “A familiar face in my coffee..this is Poopette..a caffeine canine.”

The photos below showed ‘Poppa Pete’s’ canine companion next to his cup of coffee - and the similarity was hilarious. 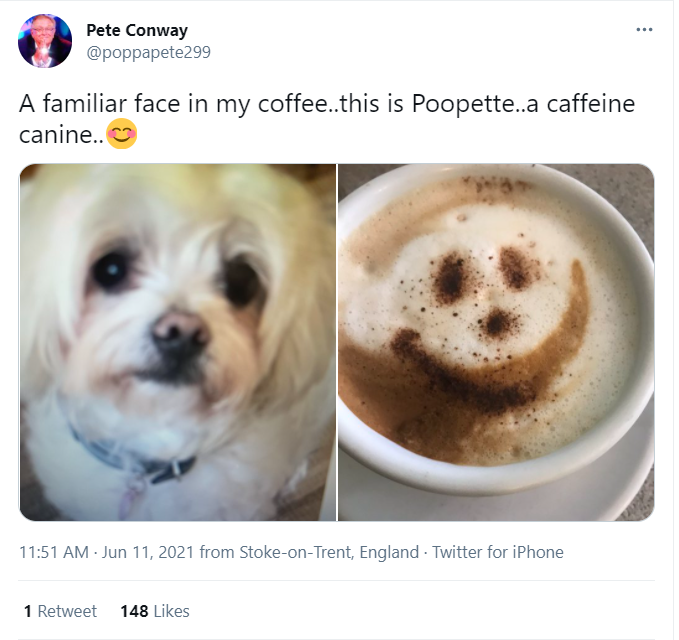 One follower responded: “Ha ha I definitely see the resemblance!”

Whilst another added: “Aaaww that’s cute! Enjoy your coffee and your day.”

The tweet racked up 148 likes, so it’s safe to say that we’re not the only ones who couldn’t believe the coincidence,

Have you ever seen your dog’s face in a slice of toast, knock of wood, or a peculiar shaped strawberry? We’d love to see your photos - you can email them to teamdogs@reachplc.co.uk.