When we went to school, the idea of bringing our dogs into the classroom was a distant dream - the closest we got was the pet parade at the school fete.

These days more schools are getting their own resident dogs to provide a calming companion for children, but a dig into the TeamDogs archives found that some lucky pupils were able to share their desks with their doggos as far back as the 1960s.

In 1963, teacher Sheila Collier called the register and found she had an extra pupil. 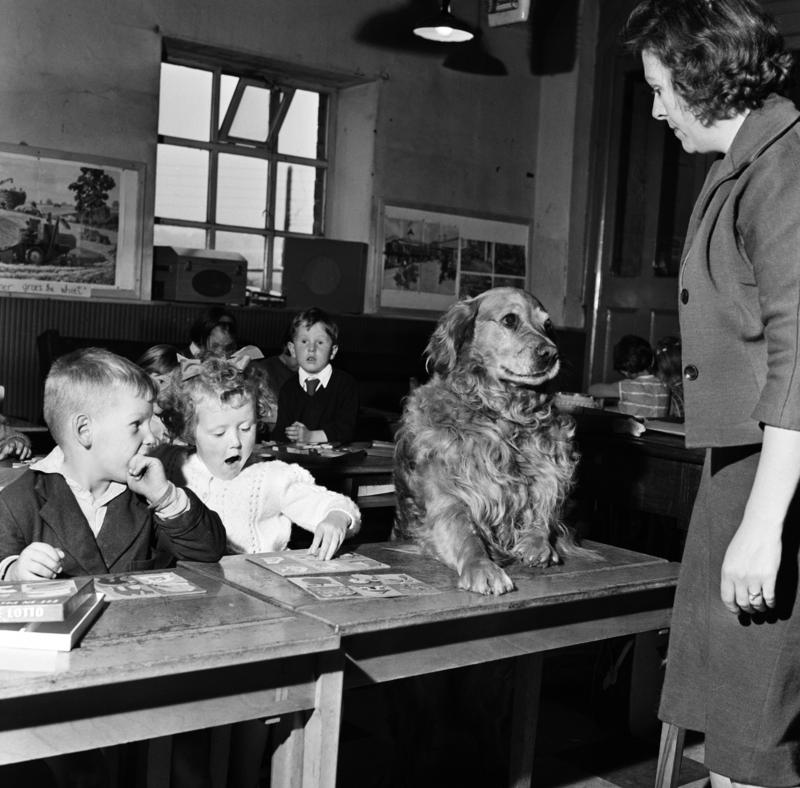 Sat at the school desk beside four-year-old Sally Ann Smith was a giant Golden Retriever, and Brandy the dog just wouldn't budge from the classroom at Knolls Lane Primary School, Oldham.

Sally Ann had had Brandy since she was toddler and he followed her everywhere - even into the classroom, where Miss Collier agreed he could stay. 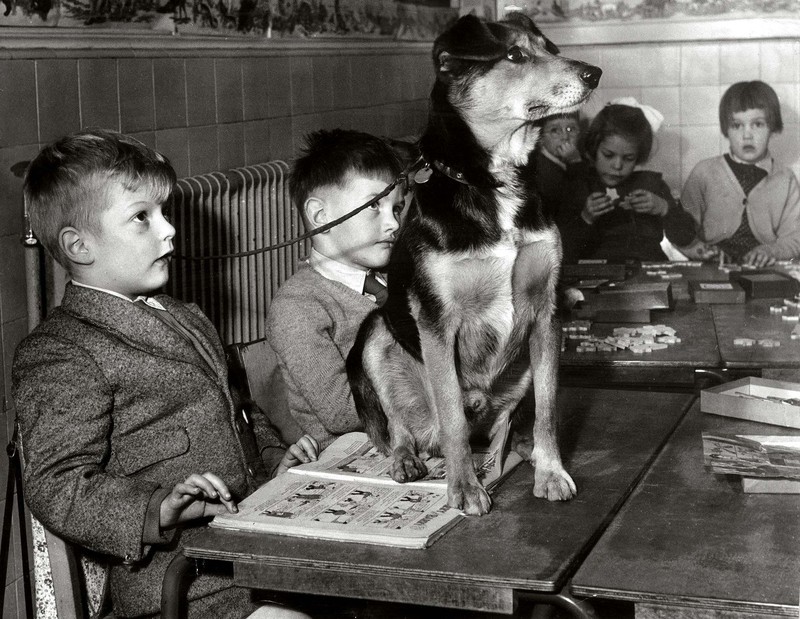 Meanwhile in 1958, Neil Walker also convinced his teacher he had to have his pet dog Rex with him at all times. Nora McLellan was his indulgent teacher and the first to teach the eight times table to a canine mind. 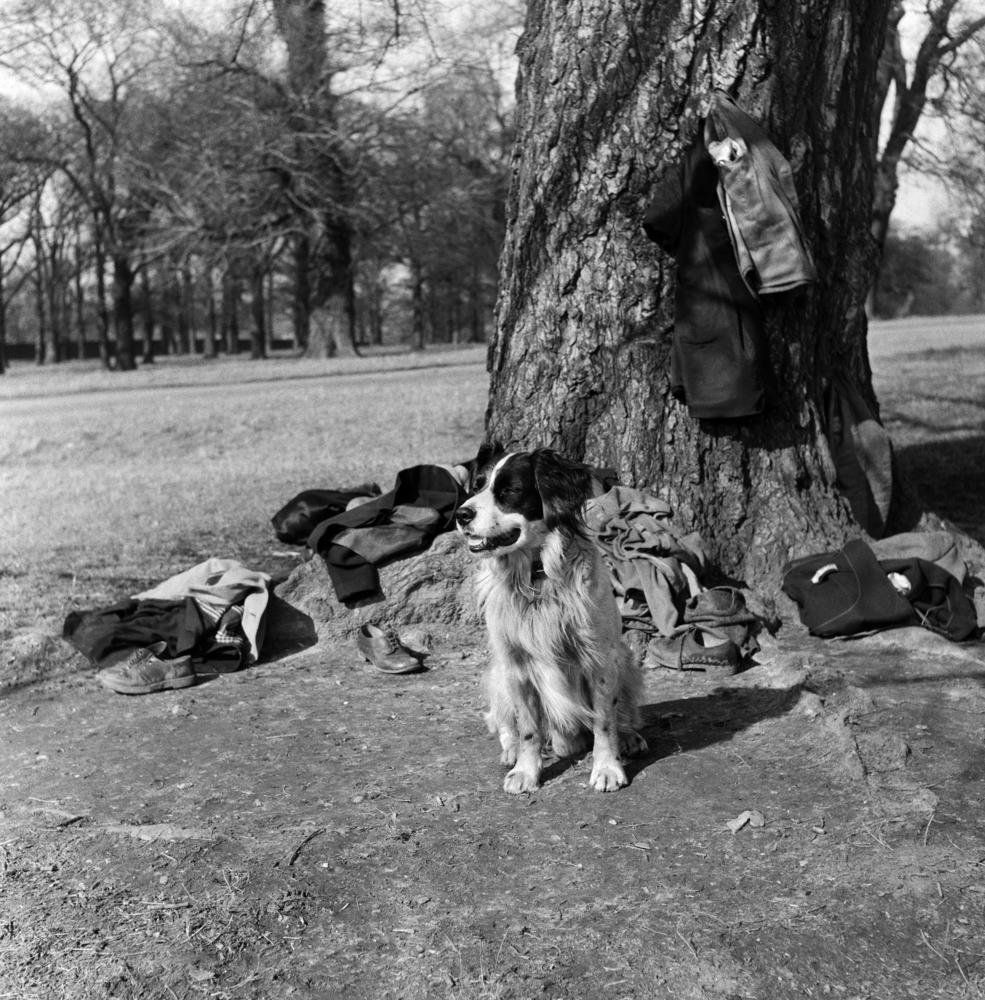 Whiskey wouldn’t let all the jumpers be used as goalposts (credit: Mirrorpix)

He took on the important duty of guarding the boys’ coats while they were being taught football skills by sports mistress Miss Reid in 1954. 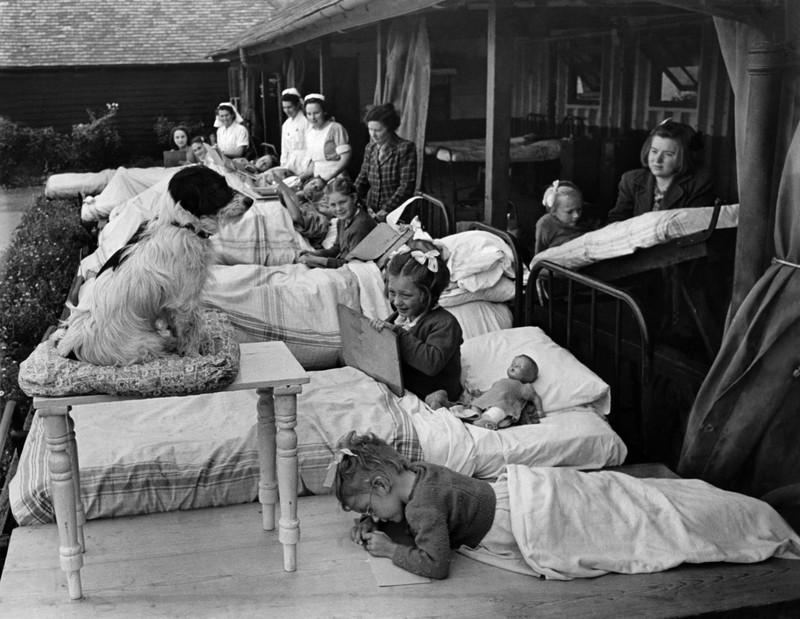 Mixed-breed Towser got to play a special role at one unusual school in 1947.

He was brought in as an artist’s model by teacher Anne O’Shea for the poorly children who had lessons while in St Vincent’s Hospital near Pinner in London.

Towser loved being at the hospital school and was often allowed to stay in lessons because he sat quietly while everyone got on with their work. 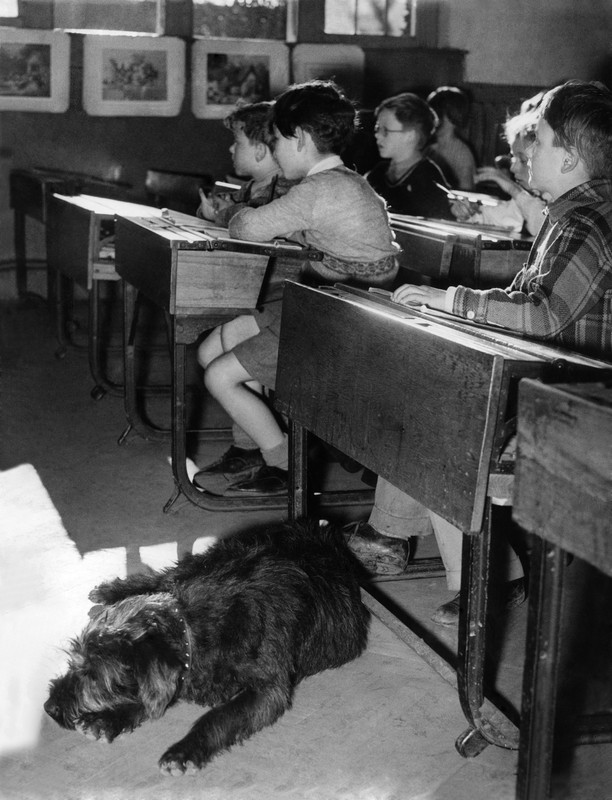 This is the face we always pulled in detention (credit: Mirrorpix)

But not all pupils got to study with their doggo buddies - in fact we found two dogs who helped ensure their young owners missed some days of school. 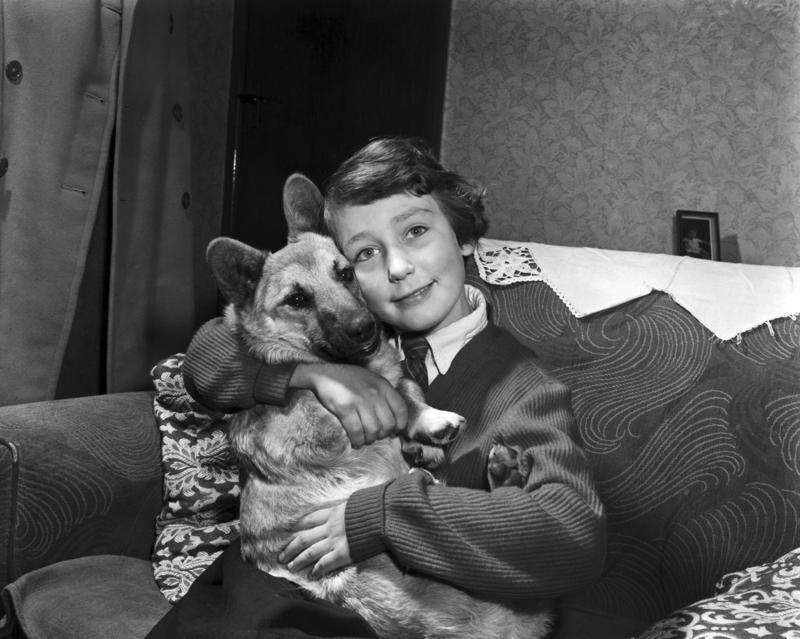 Elaine Cave, aged 9, was pictured with Corgi Mickey at their home in Coalville, Leicestershire, after high drama involving her dog in 1955.

Mickey had run away and Elaine refused to go to school while she searched for him. For three days she walked the streets hunting high and low in all weathers - but then she got ill and had to take to her bed for a week.

Luckily this story has a happy ending as the wayward Corgi was brought home by a man who found him wandering two miles away. Within an hour Elaine was up! 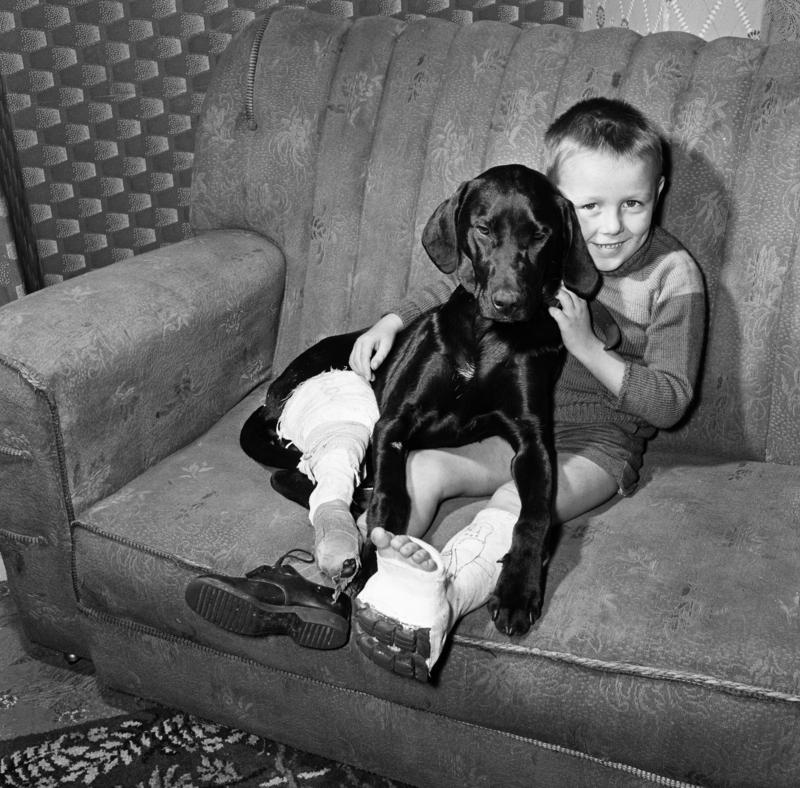 We want to share everything with our doggos… but maybe not a plaster cast! (credit: Mirrorpix)

And finally, we found two pals in the same fix - Barry Blackwood, aged 5, from Woolston in  Southampton had more in common with his dog than many children managed in 1960.

His six-month-old Labrador Rocky broke his leg on his way to meet Barry from school when he was hit by a car.

Poor Rocky was put in a plaster cast and told to stay off his paws - but then Barry broke his leg in sympathy four days later when he fell from a gymnasium springboard at school.

Like puppy, like owner, but we think Barry was probably taking this old adage a little too far - don't try that one at home kids!