An abused dog that became so happy after it was rescued on the Wirral that it injured his tail by wagging it too hard is to be featured on the latest episode of The Dog Rescuers.

Ten-year-old Bull Mastiff Benny was rescued from “intimidation and abuse” by RSPCA inspector Anthony Joynes, but became so happy with his new owners that he wagged his tail too hard and caused an injury that meant it needed to be amputated.

Mr Joynes said: “Benny was seized by police from a house in the Wirral after a neighbour captured video of him being tormented by his owner and reported it to the RSPCA. 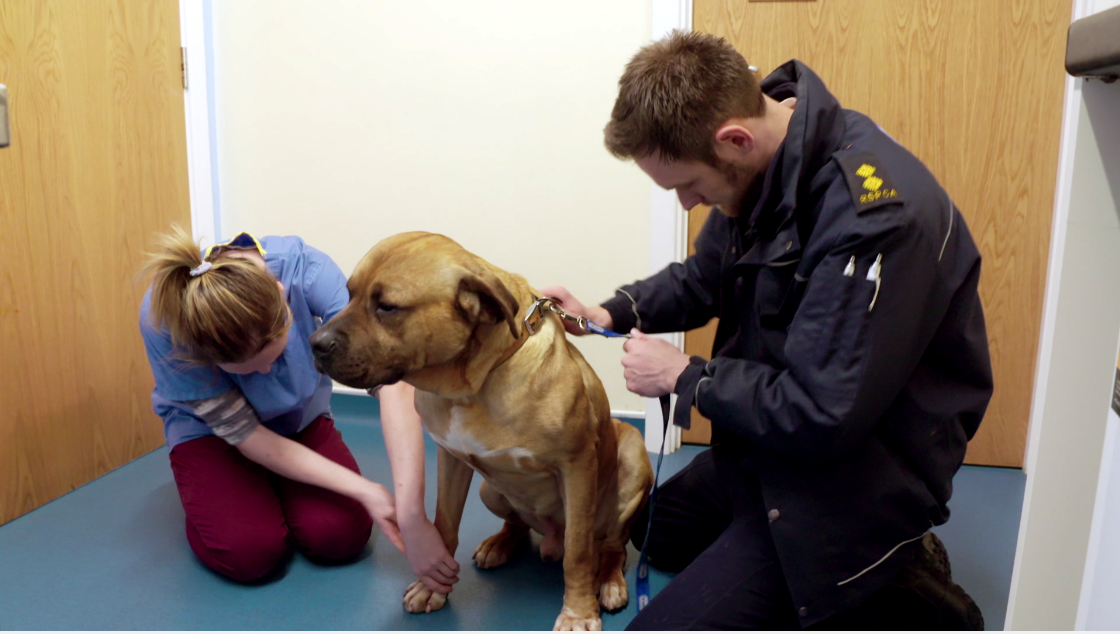 Benny with RSPCA staff after he was rescued (credit: RSPCA)

“The man was using intimidation and abuse... the dog would have been in his kennel shaking and fretting through pure fear.”

Benny was taken in by the RSPCA Wirral and Chester branch and treated by vets, then later rehomed by Luis Estrada and Sophie Eleanor from Manchester.

Ms Eleanor said: “Benny has settled in brilliantly now and is a very happy dog. In fact, he may be too happy! Vets had to amputate his tail recently because he injured it by wagging so much!

“They'd (the RSPCA) written that he 'needed a hand to hold' and it was so endearing... we went to visit and fell in love with him. 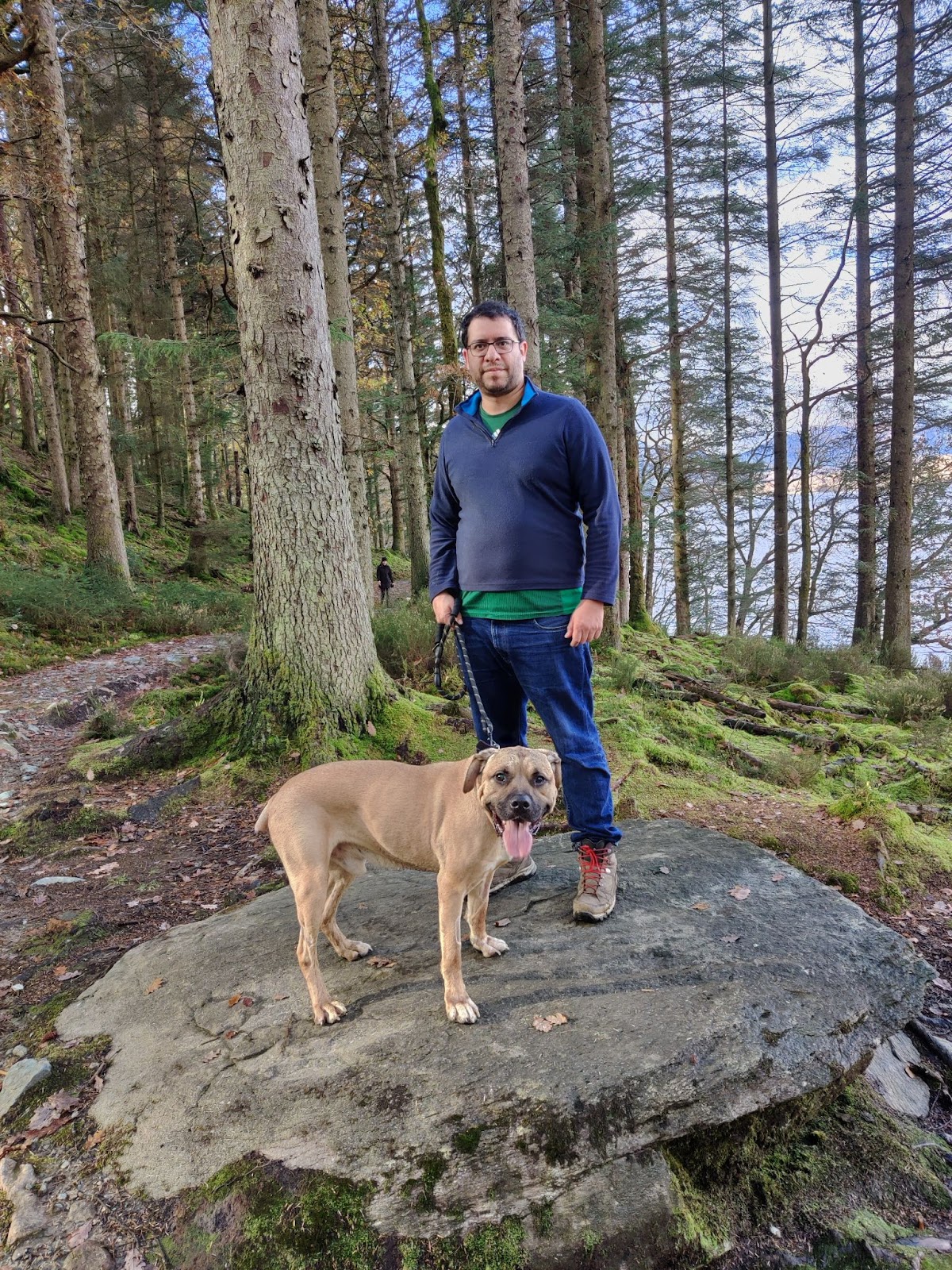 “He was quite nervous when he first came here. He was anxious and wary; he didn't know if he could trust us or not, but with time and patience he's more settled.

“It's been really rewarding to see him become so happy.”

Tail docking is now considered to be a mutilation under UK law, however, there are some exemptions, such as removal of the tail by a vet for medical reasons or for certain breeds of working dogs.

The Dog Rescuers will air on Channel 5 on Tuesday June 22 at 7pm.